NASA and Peanuts: Collaborating again, but this time for deep space

NASA and Peanuts: Collaborating again, but this time for deep space

2018-07-11
NASA and Peanuts Worldwide are joining forces to collaborate on educational activities that share the excitement of science, technology, engineering and math (STEM) with the next generation of explorers and thinkers. The collaboration, formalized though a Space Act Agreement, provides an opportunity to update the Snoopy character by Charles M. Schulz for space-themed programming with content about NASA’s deep space exploration missions, 50 years after its initial collaboration began during the Apollo era.

“NASA’s venturing to the Moon and beyond with new missions that will push humanity’s reach farther into deep space,” said Mark Geyer, director of NASA’s Johnson Space Center in Houston, who signed the agreement on the agency’s behalf. “Engaging the public and sharing what we’re doing through partnerships with organizations that have a unique way of reaching people helps generate interest and curiosity about space in the next generation.”

With NASA’s involvement, Peanuts will work on content for Astronaut Snoopy, including a STEM-based curriculum for students about America’s deep space exploration objectives and interactive ways to celebrate next year’s 50th anniversary of humans first setting foot on the Moon. Peanuts will begin sharing its updated space-themed activities at the Comic-Con International: San Diego conference in July.

NASA has shared a proud association with Charles M. Schulz and his American icon Snoopy since Apollo missions began in the 1960s. Schulz created comic strips depicting Snoopy on the Moon, capturing public excitement about America’s achievements in space. In May 1969, Apollo 10 astronauts traveled to the Moon for a final checkout before lunar landings on later missions. Because the mission required the lunar module to skim the Moon’s surface to within 50,000 feet and “snoop around,” scouting the Apollo 11 landing site, the crew named the lunar module Snoopy. The command module was named Charlie Brown, Snoopy’s loyal owner.

The agency’s Silver Snoopy award is given by NASA astronauts to employees and contractors for outstanding achievements related to human flight safety or mission success. Receiving one is regarded as a high honor for outstanding performance.

NASA is leading the next steps of human exploration into deep space, where astronauts will build and begin testing the systems near the Moon needed for lunar surface missions and exploration to other destinations farther from Earth, including Mars. Exploration Mission-1 will be the first integrated test of NASA’s deep space exploration systems: the Orion spacecraft, Space Launch System (SLS) rocket and the ground systems at Kennedy Space Center in Cape Canaveral, Florida. The first in a series of increasingly complex missions, Exploration Mission-1 will be an uncrewed flight test that will provide a foundation for subsequent missions with crew and demonstrate our commitment and capability to extend human existence to the Moon and beyond. 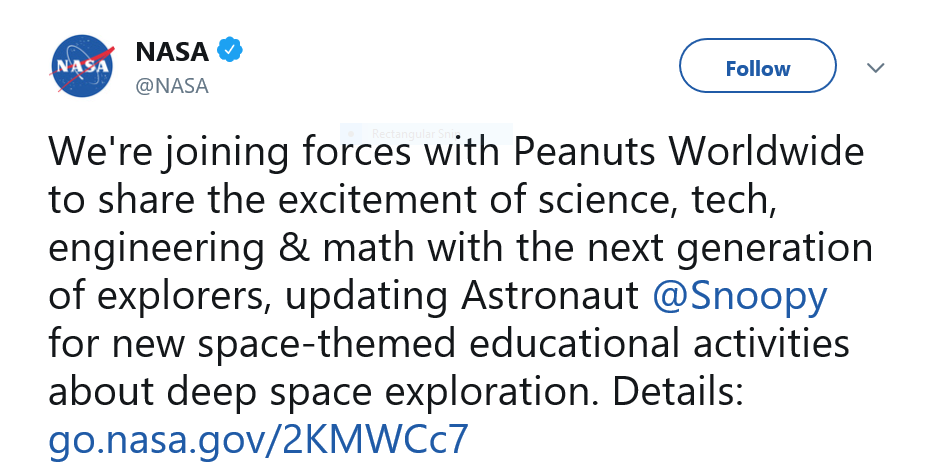 There was much tail-wagging for the new collaboration in the news, including on social media.

Read an article on the updated deep-space collaboration in the Washington Post, or see Facebook posts from NASA and Snoopy. 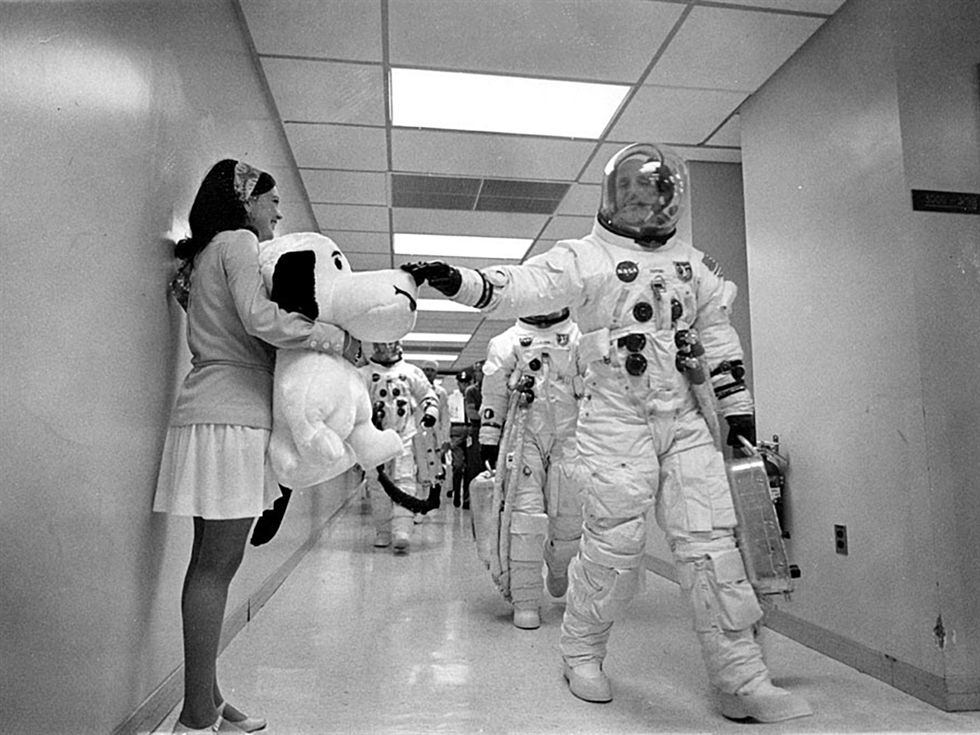 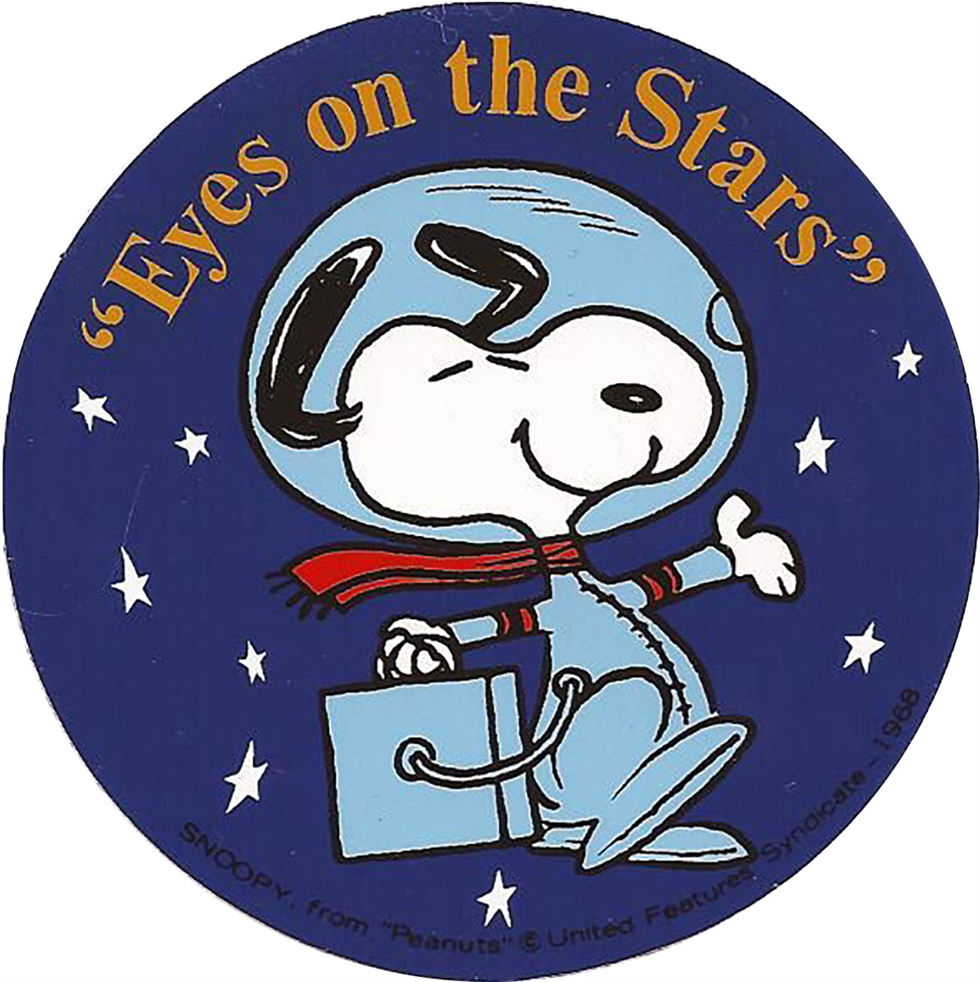 The agency’s Silver Snoopy award is given by NASA astronauts to employees and contractors for outstanding achievements related to human flight safety or mission success. Image Credit: NASA 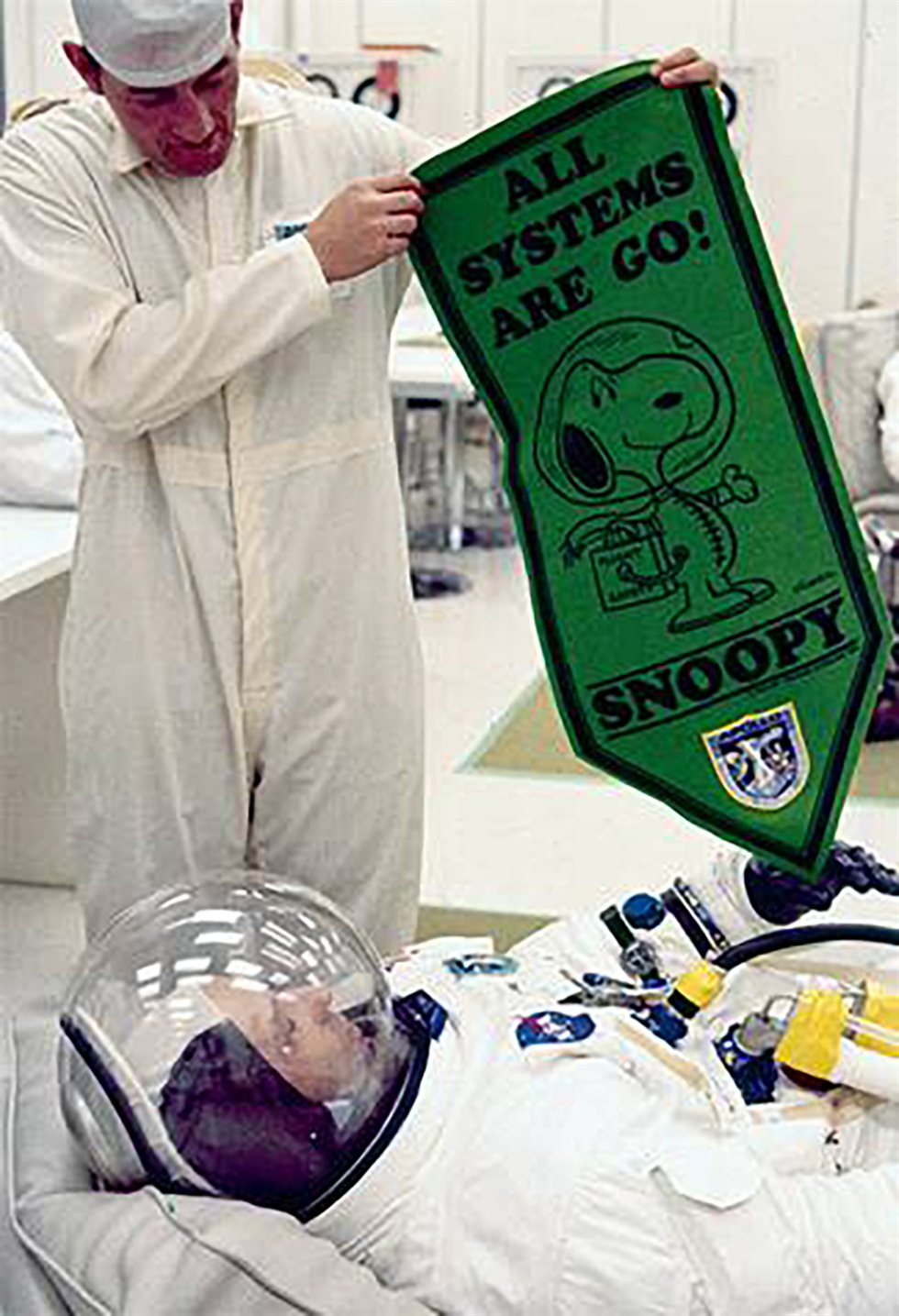 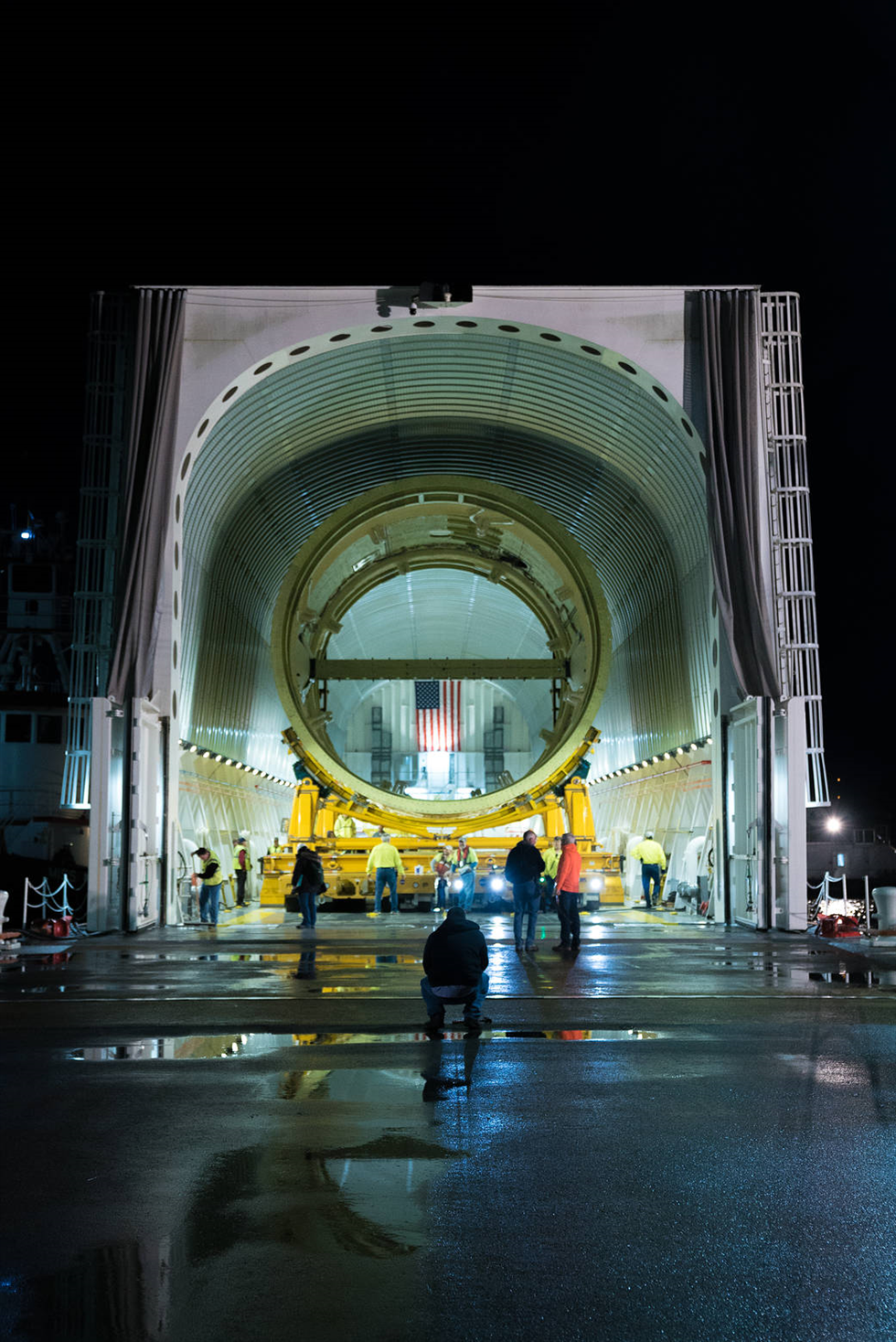 This new Snoopy collaboration has a deep-space flavor to it. Here, a structural test version of the intertank for NASA's new deep-space rocket, the Space Launch System, arrives at NASA’s Marshall Space Flight Center March 4 aboard the barge Pegasus. Image Credit: NASA/MSFC/Tyler Martin 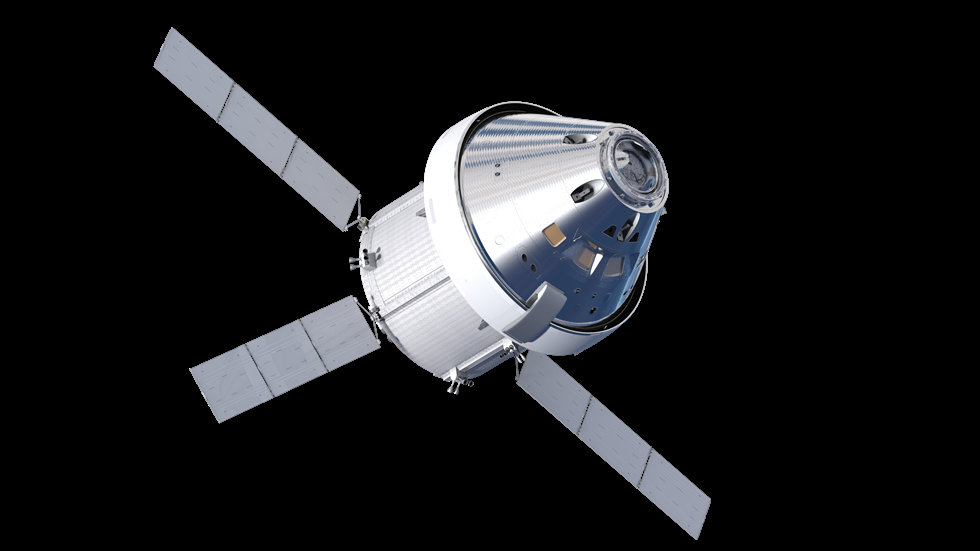 The Orion spacecraft will venture thousands of miles beyond the moon during Exploration Mission-1, its first mission atop NASA's Space Launch System rocket. Image Credit: NASA
Previous Article
Next Article