The year is 1964, and NASA is in the height of the Space Race. Spacecraft are being assembled in California and tested at Cape Canaveral in Florida, and the nation’s very first astronauts are undergoing intense training. However, a series of lesser known yet key tests were also being completed by 11 men who are deaf. These unsung heroes helped NASA achieve its goal of sending humans to the Moon by the end of the decade.

The group, who would become known as the “Gallaudet 11” due to their attendance at Gallaudet College (now Gallaudet University—a premier institution of learning, teaching and research for deaf and hard-of-hearing students), took part in a joint research project between NASA and the U.S. Naval School of Aviation Medicine in the 1960s. Their mission was to determine how the body’s sensory systems work when the gravitational cues from the inner ear aren’t available. Because all but one of the men had lost their hearing at an early age due to spinal meningitis, their vestibular system was damaged—meaning they were essentially immune to motion sickness. This made them incredible assets and perfect candidates for understanding the effects of spaceflight on the body.

Members of the Gallaudet 11:
Some of the tests the Gallaudet 11 participated in included rides aboard the notorious “Vomit Comet” aircraft, spending 12 days straight inside a 20-foot slow-rotation room and a trip to Nova Scotia in a round-bottom boat during a very intense storm, where the hearing members of the experiment became so ill they were not able to complete the experiment. All the while, the Gallaudet 11 played cards and made jokes as the boat was tossed back and forth in the crashing sea. Despite the best efforts of scientists, none of the Gallaudet men became motion sick throughout their decade-long slew of experiments. However, what researchers learned while comparing these motion-sick-free men to those who would become the first Americans in space is still being used today, nearly 60 years later. 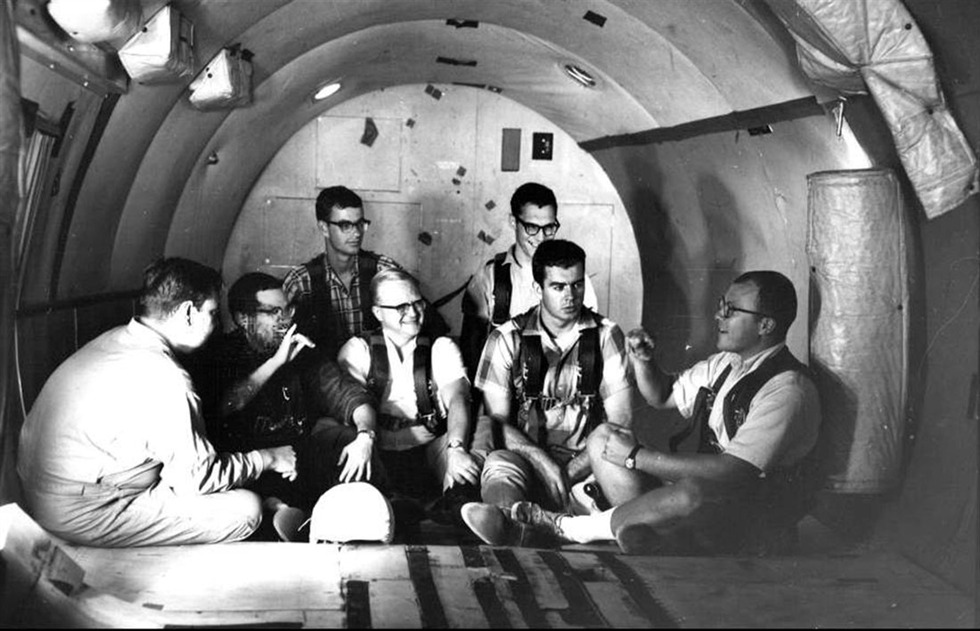 
This April, two of the Gallaudet 11 and one of the sons of the group members visited NASA’s Johnson Space Center to see, firsthand, how impactful their studies have been in advancing human spaceflight. Harry Larson, David Myers and James Greenmun, son of Robert Greenmun, were welcomed to Johnson by Center Director Ellen Ochoa. The men then received a special presentation by the No Boundaries (NoBo) Employee Resource Group before moving on to a tour with astronaut Doug Wheelock, viewing the Space Vehicle Mockup Facility, Mission Control Center and Neutral Buoyancy Laboratory at the Sonny Carter Training Facility. The next day, the men also received a tour of the new Human Health and Performance laboratory and met with Dr. Mill Reschke, the chief NASA neuroscientist, to discuss the effects of space sickness on astronauts.

During their tour, Judy Hayes, chief of the Biomedical Research and Environmental Sciences Division, thanked the men for their dedication, pioneering and contributions and assured them, “We are still standing on the shoulders of your research.”

While learning about current tests that astronauts undergo and the work being done by those working in human health and performance, Myers said, “You’ve come a long way since we took part in these tests—it’s amazing to see.” 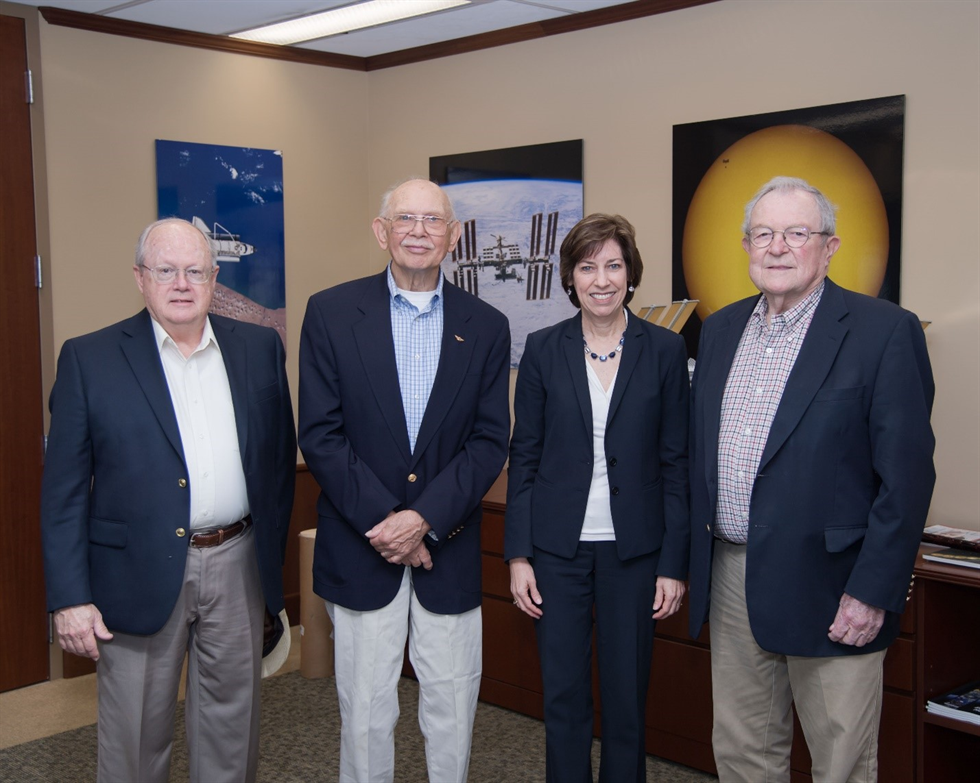 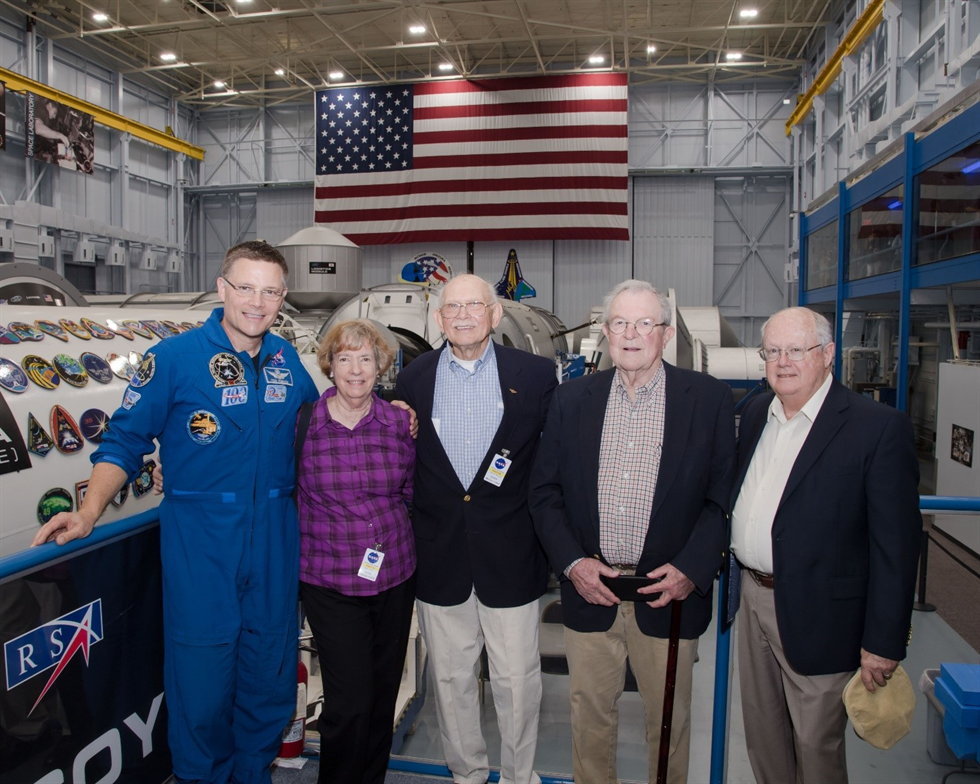 
Johnson is grateful for the contributions the Gallaudet 11 have made to the agency and human space exploration. NASA prides itself on inclusivity, and Johnson has an Employee Resource Group dedicated to ensuring all employees, regardless of ability, have equal and available access to resources and accommodations to perform their jobs effectively.

For more information about NoBo and to see their current calendar of events, click here. 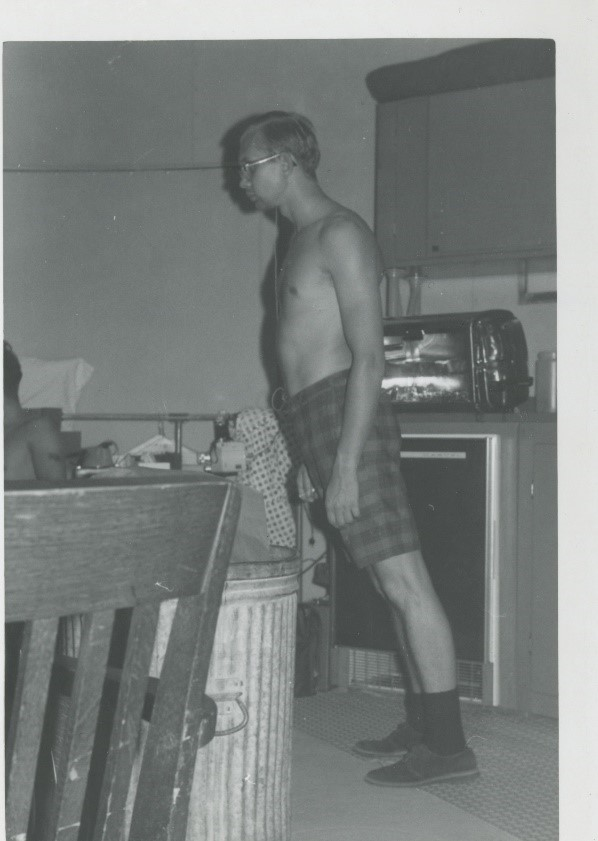