2018-04-27
Josef Schmid, a Flight Surgeon at NASA’s Johnson Space Center, has a résumé filled with incredible accomplishments and achievements, including a recent promotion to Major General with the United State Air Force. Schmid was the crew surgeon for Space Shuttle Program missions STS-116 and STS-120, as well as Expeditions 18, 24, 29, 38 and 48 for the International Space Station.

Additionally, Schmid has served in the United States Air Force (USAF) since March of 1988, holding positions such as the Deputy Joint Staff Surgeon; Director, Reserve Medical Readiness Operations and Affairs; and Special Staff to the Chairman, Joint Chiefs of Staff. He has deployed in support of the Defense Institute of Medical Operations to Nepal, Mexico, Rwanda, Romania and Sri Lanka.


Assignments:
Recently, Schmid was promoted from Brigadier to Major General in the USAF. We asked him about what this promotion means to him.

Q: Can you tell us more about what your military office is?
Schmid: I serve both as the senior-ranking medic in the Air Force Reserves and as the Senior Reserve Medical Advisor to the Surgeon General of the Air Force.  There are incredible changes taking place in military medicine, namely Congress directing that the control of military treatment facilities move from the Air Force, Navy and Army over to the Defense Health Agency. As a reservist, I do my best to understand those changes and how they can affect the training and readiness of our 80,000 Air Reservists. I also advise the Surgeon General on the incredible capability and capacity our citizen airmen bring to the total Air Force. Lastly, I serve in any capacity the Surgeon General asks me to serve, when he/she is away and in current and future operations. 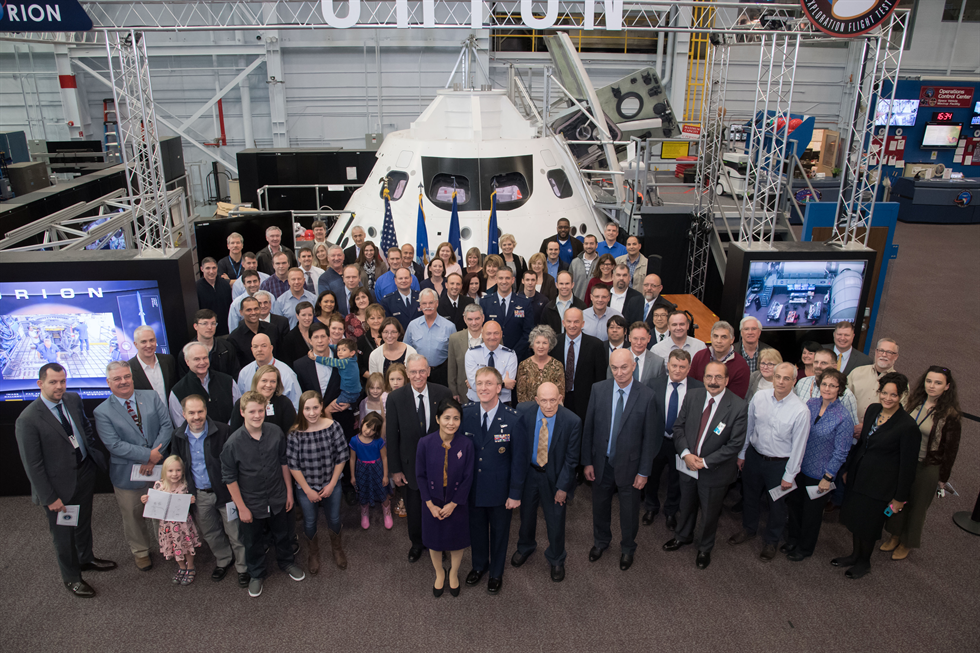 Q: What does this promotion mean to you?
Schmid: Being promoted to this higher grade allows me to continue to serve my country, to protect our country and our Constitution, and to help to defend freedom and security across the globe.

Q: How can you use your new role for additional opportunities with NASA and the Air Force?
Schmid: Serving as an individual mobilization augmentee first to Air Force Space Command, then as Deputy Joint Staff Surgeon reporting to the Chairman of the Joint Chiefs of Staff, and now as Reserve Mobilization Assistant to the Surgeon General of the Air Force, I do my best to bring what I learn at those strategic levels in the national capital region, how they organize their resources and execute their mission and what is going on globally back to my organization and the mission of NASA. I also try to bring what I learn at my job at NASA, namely providing medical care to the astronauts and their family members, medicine in extreme environments, international cooperation, exploration and new technologies, back to the Air Force.

Q: What was the significance behind who pinned on your rank?
Schmid: I was 10 years old at the time of the Apollo Soyuz Test Project (ASTP). General Tom Stafford and General Alexey Leonov commanded those spacecraft. That mission gave me tremendous hope that our two countries would not destroy each other, but instead accomplish something much great together. In fact, ASTP is one of the main reasons I came to NASA. My wife gave the vote for us to return to Houston, and for me to become a NASA Flight Surgeon, and continues to support me doing both jobs. To have General Stafford and my wife pin on the new rank, joined by my NASA colleagues and members of the NASA-Russia Advisory Committee, of which General Stafford is the co-chair and I am a member, and in front of the new Orion vehicle, a program I am working on … Well, it brought absolutely everything together. I am incredibly fortunate indeed. 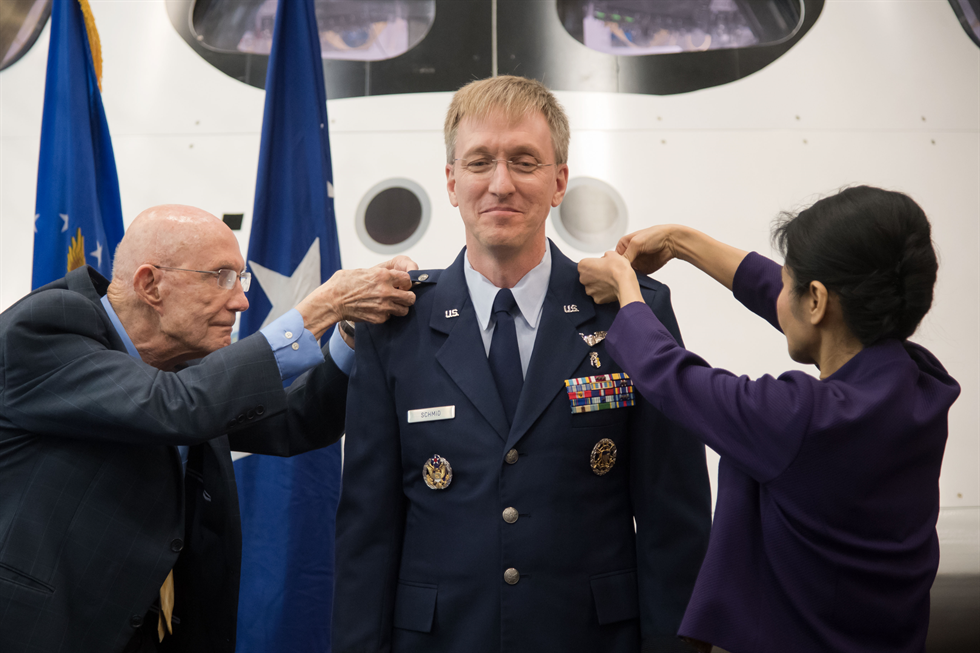 Schmid gets his rank pinned on by Lt. Gen (ret.) Tom Stafford and his wife. Image Credit: NASA/James Blair 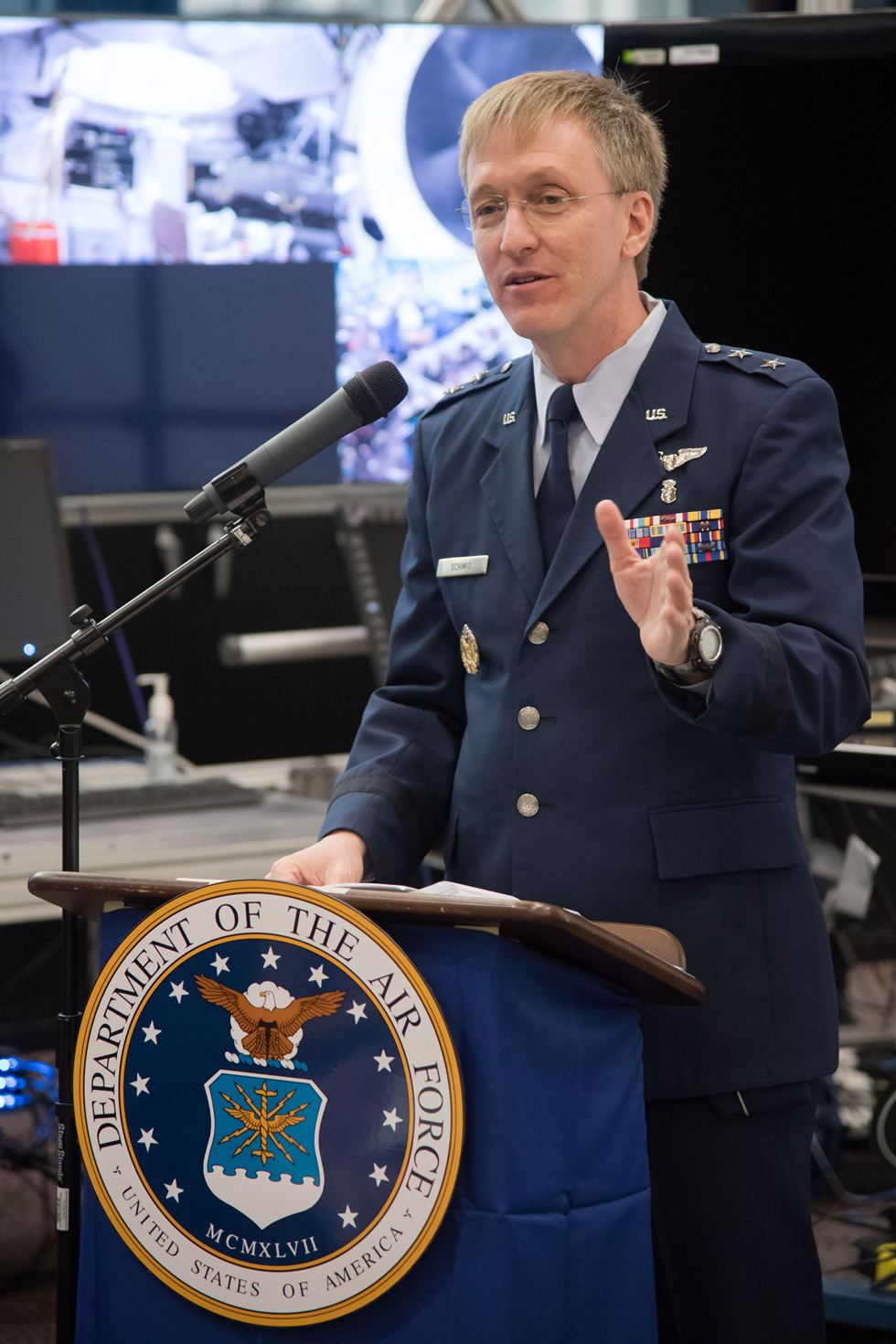