2017-12-14
Congratulations are in order for Steve Riley, recipient of the 2017 Out in Science, Technology, Engineering, and Mathematics (oSTEM) Partner Excellence award.

The oSTEM Partner Excellence Award is presented to an individual representative of a current sponsoring organization, community partner or grant provider of oSTEM that has demonstrated a strong dedication to oSTEM, LGBTQ people in STEM and STEM education. The recipient is also an outstanding role model for the future of our community, accomplished in their academic or professional lives, and regularly advocates for the full inclusion of people of all marginalized identities.

Riley was presented the prestigious award on Nov. 18 at the 2017 oSTEM Conference in Chicago by oSTEM President and CEO Cortland Russell. He’s now the third recipient of the award.

“As it turns out, a colleague had nominated me and provided a glowing write up that, upon reflection, made me so proud that the little things I’ve done over the years have added up to make such a difference in peoples’ lives and perspectives of the LGBTQ community,” Riley said.

An accomplished engineer in the Flight Operations Directorate at NASA’s Johnson Space Center, Riley serves as the deputy chief for the Space Vehicle Mockup Facility, where he supports facility projects, upgrades and operations to keep astronaut and flight controller training running smoothly.

Riley influenced NASA’s participation in the 2017 oSTEM conference after coming away with a great experience at last year’s event. He helped convince NASA Headquarters that the agency needed to become involved, which led to NASA becoming a gold sponsor for the 2017 oSTEM Conference.

Riley said, “oSTEM is a unique organization in that they support universities from all over the country (and even some outside the country) who come together for a weekend of enrichment and workshops to pair their STEM identity with their LGBTQ identity. NASA has a tremendous opportunity to connect with around 500 students with amazing diverse backgrounds and leverage that for recruiting, as well as spread NASA’s message across that audience.”

While attending this year’s conference, Riley reconnected with a student he had met in 2016 and learned how he had unknowingly made an impact on the student’s life. The student shared during dinner, through tears, that meeting Riley the previous year had reaffirmed a decision to become an engineer. The student realized that one didn’t have to leave their LGBTQ identity at home to join the workforce.

Riley was a shoulder to cry on and, as a result of the meeting, the student “brought a group of 16 students to the oSTEM conference this year,” Riley said. “That was incredibly humbling.”

Riley has continuously displayed outstanding leadership as one of the founding members of the Out and Allied Employee Resource Group (ERG) at Johnson, becoming the ERG’s first Chair in 2011. He also helped manage the creation of the NASA “It Gets Better” video, which landed him an agency Equal Employment Opportunity Medal.

Outside of NASA, Riley is actively involved within the greater Houston community. He has been a program participant and mentor for Hatch Youth for the past 14 years, which is an organization dedicated to empowering lesbian, gay, bisexual, transgender, intersex, queer, questioning, asexual and allied youth to become responsible citizens and positive contributors to society. Riley is also a regular participant of the annual Houston LGBT Pride Festival, promoting educational opportunities at NASA.

“Every year when we support the Houston Pride Festival and walk in the Houston Pride Parade, I am awestruck by Houston’s love for NASA,” Riley said. “We are always welcomed so warmly, and constantly have visitors telling us how much NASA means to them. For us to pair their love of NASA with their LGBTQ identity is something to witness!”

Riley is a lifelong advocate and role model for the LGBTQ community and remains steadfast in promoting workplace equality.

“For me, it’s all about giving back and paying it forward,” Riley said. “I think about what support I wish I had when I was younger and try to provide that to others, because it only takes one person to really make a difference in someone’s life—and me taking a moment to help others be comfortable in their own skin gives back much more to the world as a whole than it costs me in time.” 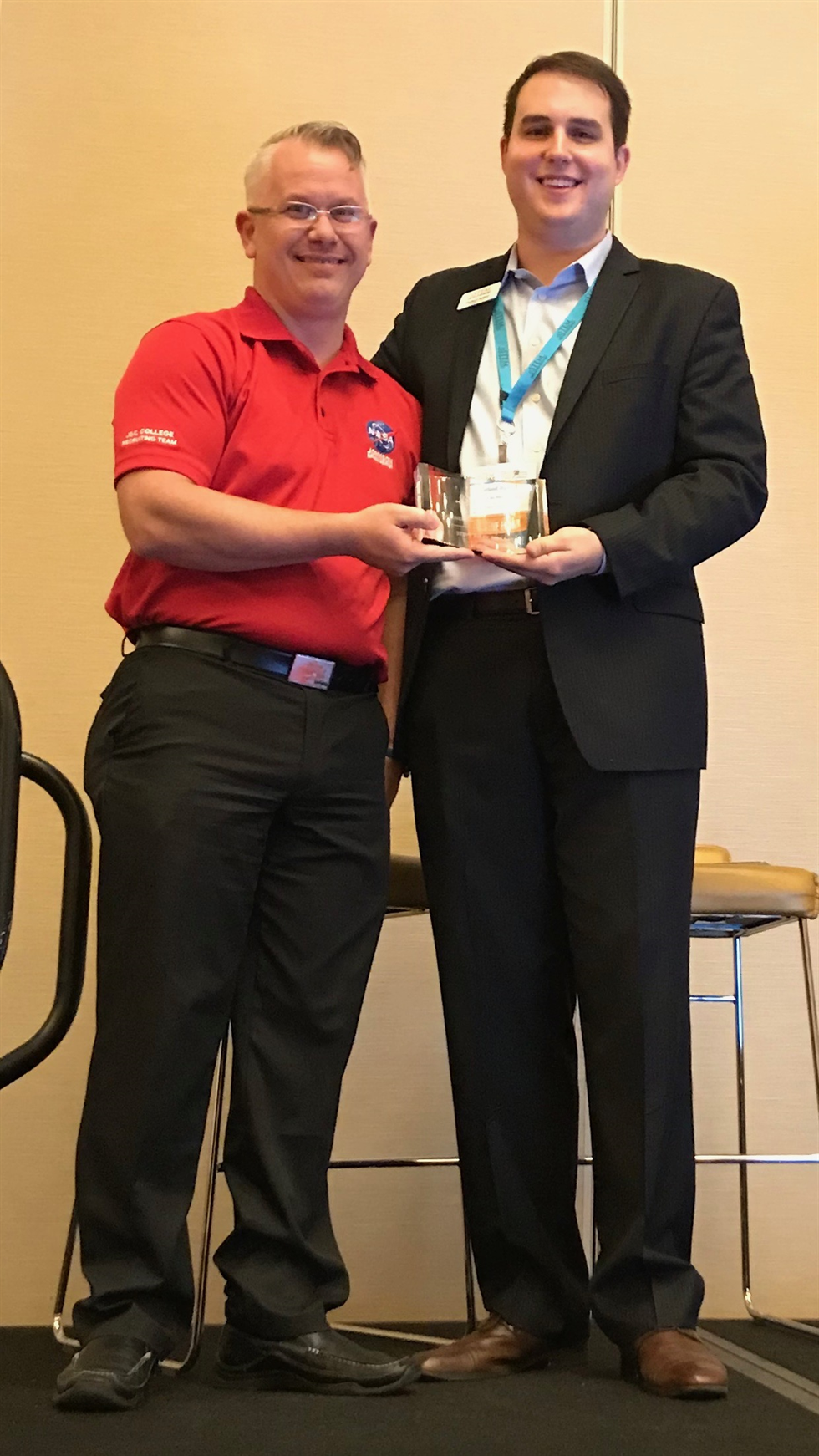