The Miniature Exercise Device (MED-2) is a compact, all-in-one exercise device headed to the space station on the next Orbital vehicle in March. A hallmark of efficiency and innovation, its journey from funding to flight in a year is just one of its amazing achievements.

The MED-2 boasts the ability to facilitate both aerobic and resistive workouts. The sleek 65-pound device will be attached to the existing Advanced Resistive Exercise Device (ARED) platform on station for testing. Using the existing ARED platform means the MED-2 team doesn’t have to develop their own solution for absorbing vibrations.

The Med-2’s Microsoft Surface-powered interface allows crew members to log into their profile, switch between different types of workouts and calibrate resistance. The software also collects and syncs exercise data with trainers on the ground. The MED-2 team worked with other groups at Johnson Space Center that need a Microsoft Surface for their projects to get the tablet ready for spaceflight for the first time.

Deep-space vehicles like Orion aren’t as roomy as station, so everything — including exercise equipment — needs to be downsized. MED-2 is getting us one step closer to being able to keep astronauts’ bodies healthy on long journeys to the moon, Mars and beyond.

Check out this video of the MED-2 in action on the JSC 2.0 website. 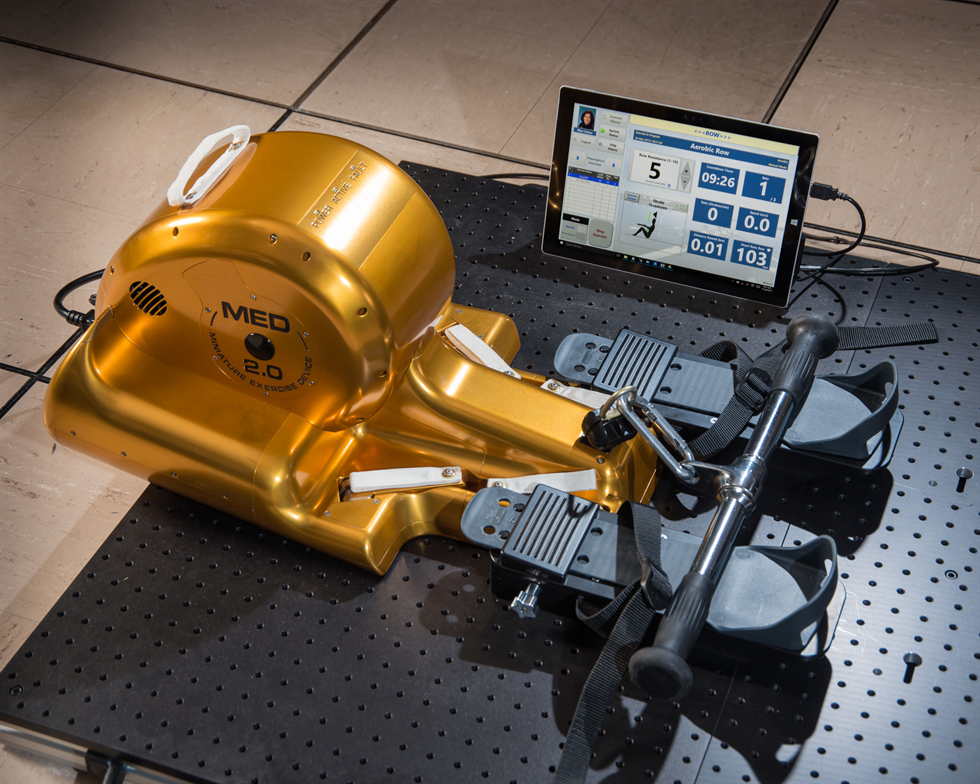 The MED-2 is a compact exercise device part of the 5 x 2015 initiative IE class, and will head to the space station on the next Orbital vehicle. Image Credit: NASA