2016-02-23
While living in space can be similar in many ways to living on Earth, some things in space are very different. For example, a lack of gravity means fluids distribute through an astronaut’s body, including their head, which often keeps astronauts from enjoying subtle flavors in food. Because the International Space Station is orbiting Earth every 90 minutes, astronauts witness 16 sunrises and sunsets every day. After a year in space, NASA astronaut Scott Kelly has adapted to a way of life most of us will never experience. When he lands on March 1, here are some of the ways Kelly will need to readapt:

Water’s surface tension doesn’t have to fight gravity in the space station, allowing water molecules to stick together as they float. When you watch water molecules float in space, you can imagine why astronauts use washcloths to keep clean in space rather than a shower!

Sidenote: Although they usually drink from a straw, there is this cool zero-gravity coffee cup that not only makes drinking coffee a little more Earth-like, but also acts as a capillary flow experiment.

Astronauts need to ensure their food doesn’t float away during mealtime. In addition, they don’t have a refrigerator, so their food is sent up preserved and reheated, similar to food you might take with you on a camping trip. Unlike on Earth, astronauts only get fresh fruits and vegetables when a cargo resupply ship arrives, or when they can grow it themselves. Astronauts use Velcro to keep pouches closed, and eat tortillas instead of bread because tortillas are less crumbly.

“Sleeping here is harder here in space than on a bed because the sleep position here is the same position throughout the day,” Kelly said during a Reddit AMA. “You don’t ever get that sense of gratifying relaxation here that you do on Earth after a long day at work.”

When gardening in space, there are a few things you need: plant pillows, wicks and LED lights, which help deliver the water and light the plants need in the right amounts at the right time. This leads to successful lettuce and zinnia growth. But in a controlled environment, astronauts don’t have to worry about insects eating their plants’ leaves!

Going outside for a walk on Earth is relatively safe and easy, and most of us can wander outside for a ramble whenever we want. Going outside for a walk in space is hard and requires months of preparation and lots of hard work. In addition, getting into and out of the spacesuit that protects the astronauts in the vacuum of space takes several hours. Stepping out of a spacecraft is inherently dangerous, so every move is carefully planned and practiced for months on the ground in advance of an excursion in space.

While astronauts on the space station can see stars from their vantage point, they often report that their favorite pastime is Earth-gazing. When Kelly returns, no doubt he’ll get back to what the rest of us do: stargazing. We imagine he’ll also step outside and spot the station as it flies overhead, just like you can!

Kelly will complete his #YearInSpace mission on March 1, but the science will continue for at least another year — and began a year before he left. Keep up with all the scientific developments and discoveries from the #YearInSpace by following @ISS_Research and the International Space Station on Twitter, Facebook and Instagram. 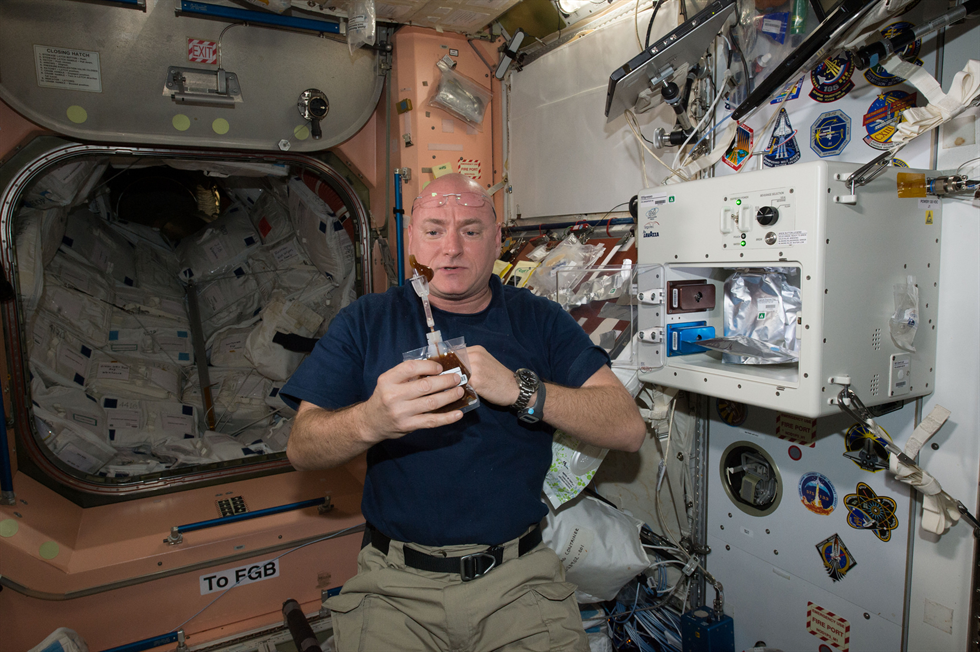 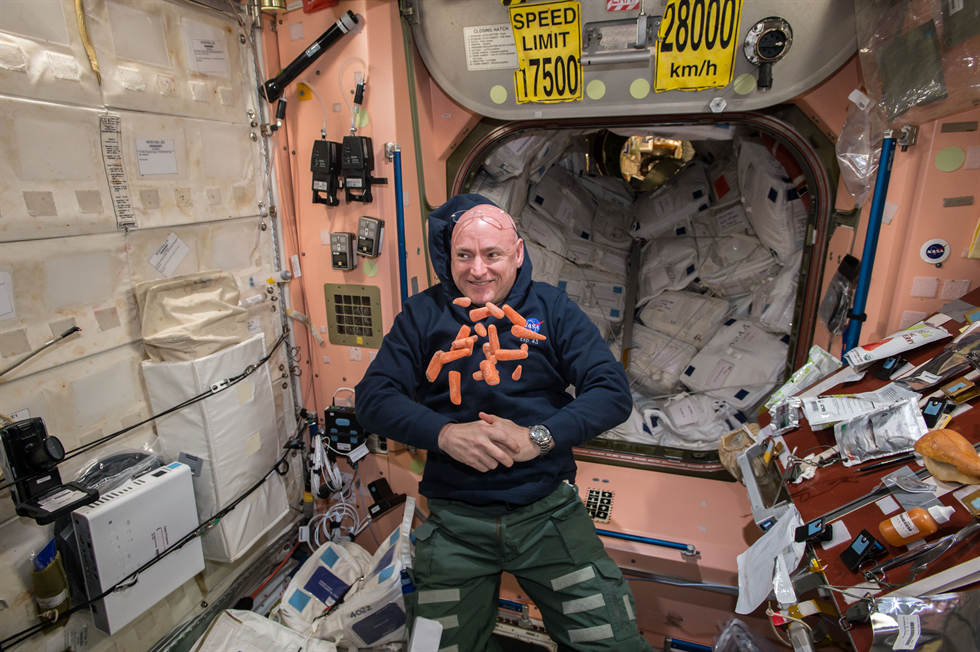 Kelly is photographed with carrots floating around him in the Node 1 module. Image Credit: NASA 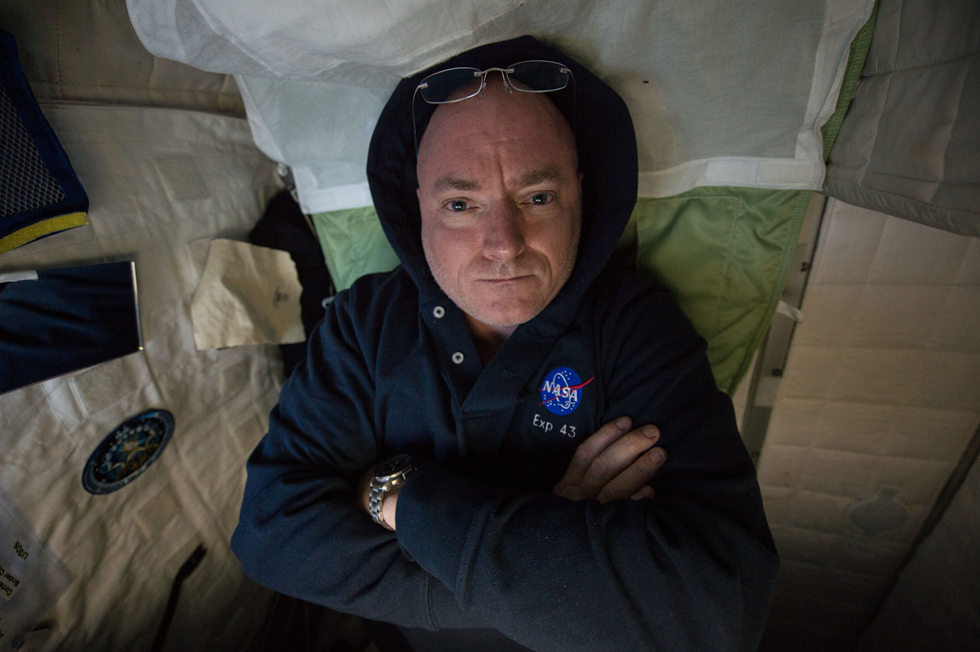 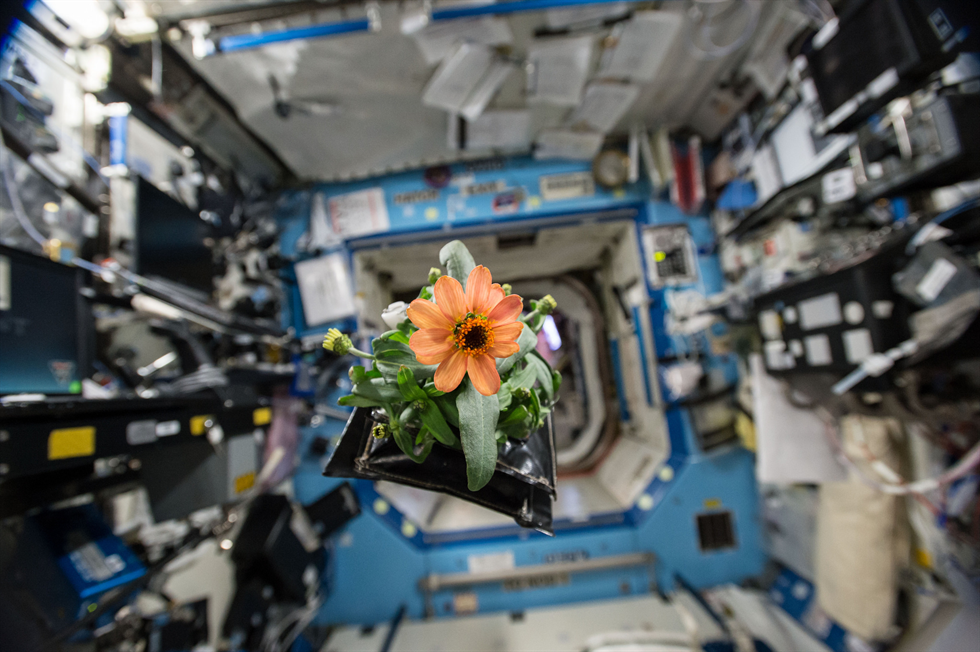 A Zinnia plant pillow floats through the U.S. Destiny Laboratory aboard the International Space Station. The zinnias are part of the flowering crop experiment that began on Nov. 16, 2015, when NASA astronaut Kjell Lindgren activated the Veggie system and its rooting "pillows" containing zinnia seeds. Image Credit: NASA 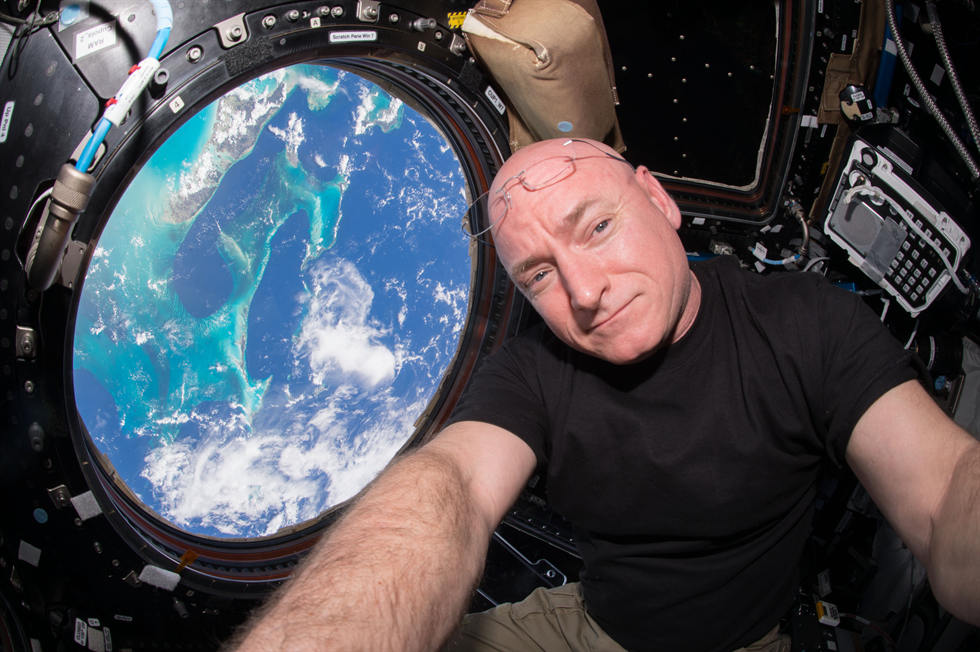 Kelly pauses his "Earth-gazing" out of the Cupola Module. Image Credit: NASA
Previous Article
Next Article