At NASA’s Kennedy Space Center in Florida on Nov. 16, a panel of leaders from NASA and the European Space Agency (ESA) spoke live on NASA TV about the significance of Orion’s new component that was delivered from Germany to Kennedy on Nov. 6.

“Today we celebrate the delivery of the European Service Module. The U.S. is very grateful to our partners, ESA and its member nations,” said Bridenstine. “This is a momentous occasion where we’re going to have the opportunity to fly into deep space and the European service module is a huge element of this architecture. Congratulations—now let’s go to the Moon and on to Mars!”

Orion Program Manager Mark Kirasich made remarks about the cooperative efforts between the two agencies and thanked the teams for their work. “This is a very special day for me and the entire Orion Program team,” said Kirasich. “The European Service Module component enables Orion to take people farther into space than we have gone before.”

Built by ESA’s prime contractor Airbus Space in preparation for Exploration Mission-1, the service module is the powerhouse that will propel Orion beyond the Moon. It will supply critical crew support such as air, water and temperature control during Orion’s first mission with astronauts, Exploration Mission-2.

ESA Director General Jan Woerner added “I’m optimistic about the future; that we can deliver something that each of us could not do alone. Our tiny blue dot deserves this kind of cooperation beyond national borders.” 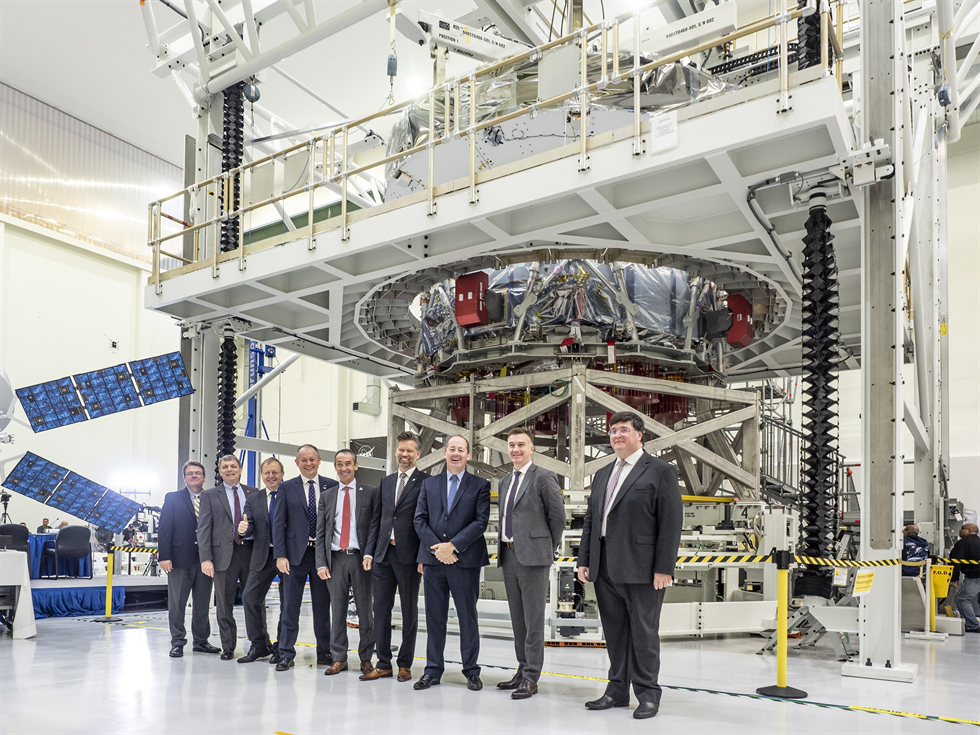 At Kennedy’s Neil Armstrong Operations and Checkout Facility, representatives from NASA, ESA and their prime contractor Airbus Space welcome the newly-arrived European Service Module where it will begin integration with NASA’s Orion spacecraft. 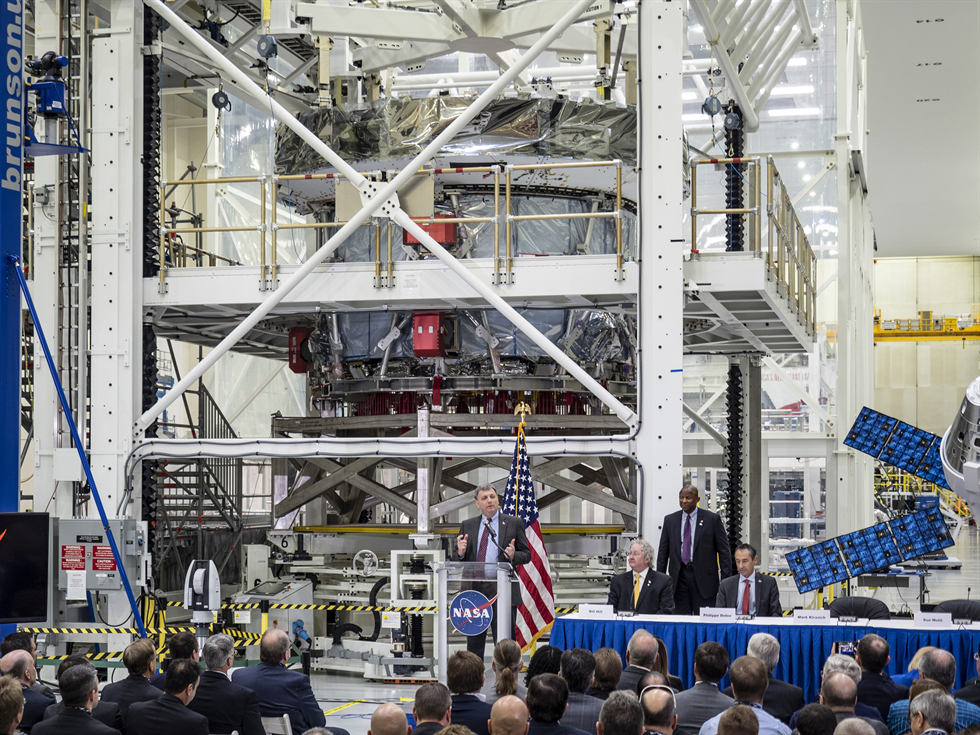