The Faces of Johnson’s Veterans

The Faces of Johnson’s Veterans

While Veterans Day has passed, NASA’s Johnson Space Center honors those who have served in the Armed Forces and work with us each and every day, as well as those who continue to serve around the world. We also pause to remember the service members who paid the ultimate sacrifice.

Veterans Day honors U.S. veterans for their service in the Armed Forces. This Nov. 11, 2018, also marked 100 years since the cease fire between the allies of World War I and Germany. Lieutenant Colonel John Alexander McCrae's stirring poem made the red poppy the national symbol of sacrifice and remembrance of our veterans.

On Nov. 8, the Connected Veterans Employee Resource Group distributed Buddy Poppies to honor Johnson’s veterans and the many other fallen veterans who proudly served our country.

Take a moment to read about some of Johnson’s veterans and their thoughts on what Veterans Day means to them, as well as how being in the military has enriched their careers at NASA.

With two siblings in the U.S. Air Force, I knew that serving in the Air Force, I would have opportunities beyond what I saw at home.

Veterans Day is a day to honor those who served in our country’s armed forces—all of them; not just those who retired.

Serving in the Air Force expanded my view of the world and people; gave me the opportunity to realize I can do amazing things; and introduced me to the world of computers, when the most tech I grew up with was an IBM Selectric Typewriter.

Veterans Day is the day to recognize servicemen and women who display commitment, dedication, honor, loyalty and courage in defending our rights, freedom and country. Because of their ability to defend our country, we enjoy our freedom every day. Let’s remember their ultimate sacrifice, because they are our HEROES. Thank you for standing the watch and looking over us and protecting us from the enemy. Let’s remember also all servicemen and women currently serving all around the world, standing the watch, including my son: Sgt. Gabriel Charriez, United States Marine Corps.

Veterans Day honors women and men with an undisputable commitment to patriotism, love of country and willingness to sacrifice. We served proudly and will always honor those who paid the ultimate sacrifice—no other commitment matches that!

At NASA, I leveraged what the military instilled in us from day one—to succeed, it is all about the team.

The Blue Star in the window at home.

On Veterans Day, we honor and thank those who served and are serving in uniform. For me, Veterans Day is also a time to honor and thank those who have hung, or are hanging, a Blue Star in their window in expectation for their Soldier to return home safely. To the parents, spouses and families of our Armed Forces, thank you for your support and your sacrifices. Thank you for the tears you cry in private and the “wear your body armor” words of support said to your Soldier. You have the most important job: you hold the line at home, and you make a home to come home to.

My service in the U.S. Army meant opportunity. Opportunity to learn, grow, teach and develop bonds with people around the globe and to expose democracy and America to them. To me, Veterans Day is about strengthening those bonds created with fellow service members from all branches of service and all service periods, and thanking those that came before me and those that have taken the oath after me. Being able to understand, and appreciating the differences in us all, and leveraging those differences to increase a team’s effectiveness and its ability to complete the mission—that has benefitted me during my time at NASA.

[Serving gave me] an opportunity to experience the Army’s improvised explosive devices throughout my career; however, at the same time, I was in a position to make a difference and be able to provide sound guidance to subordinate leaders.

The can-do attitude and fight power to make it happen, regardless of barriers, provides a positive attribute with patience when working as a civil servant.

[Veterans Day is a] great opportunity for the American citizens to see the faces of those that give their lives in support of this constitutional-based capitalistic country.

As a Navy Aerospace Engineering Duty Officer, my service is about serving my country utilizing skills and experience from and for both the Navy and NASA. Veterans Day is an opportunity to honor those who have served before us, whose service we continue, and that we will eventually pass on to the next generation of Sailors, Soldiers, Airmen and Marines.  My Navy experiences, especially my time overseas, taught me how to deal with constantly changing situations and still get the mission accomplished, which is directly applicable to my support of the International Space Station Program.

Serving in the military, a group of less than one percent of the population, has instilled in me a profound level of patriotism, selfless service, camaraderie and strength. My family has served during the Revolutionary War, Civil War, World War I, World War II, Vietnam, Korea, and during the invasion of Grenada. Each campaign was different, but as the first female in the Hulsey line to serve, I too now understand what it means to serve in order to protect my country, beliefs and freedoms we all cherish.

Veterans Day is about taking a moment to recognize all of those that have served this great country. It is important that we remember the sacrifices veterans have endured and recognize their ability to support a cause greater than themselves. Veterans didn’t serve for some Americans—Veterans served for ALL Americans.

The military taught me many lessons that contribute to my success at NASA, including: problem-solving skills, leadership, teamwork, perseverance and an uncanny ability to show up for meetings early.

I wanted to prove to myself and others that I could accomplish what others shy away from while also belonging to a group that I could be proud of.

Veterans Day is a day set aside to thank those who went before us, as well as those that currently serve. As a country, it is important that we do not forget about those that sacrificed for our freedom.

Have the courage to do what is right, have pride in everything you do and be committed.

The Army has provided me opportunities I never thought possible, from traveling the world to leading some of the greatest people. Veterans Day gives me a chance to honor those that came before me, those around me and those that will serve in the future. When in charge, be in charge is a lesson I learned many years ago as a young private, and is as relevant today at NASA as it was 20-plus years ago.

The most important thing I learned in the Marines is to have a strong work ethic and to always do my best, no matter how difficult the situation may be. I learned early in my military service career to always do the right thing, even when no one is looking. That’s the best recipe for success.

When we serve in the military, it is not about us at all. It is about the sacrifices we make to keep the peace, serve our country and to keep it safe under insurmountable odds.

It is about those that served before us that were often forgotten, but are now remembered.

[Serving in the military taught me] to be able to adapt to change, be able to reinvent myself and be able to engage in cross-cultural communication here at NASA and beyond.

Military service was my way to give back to a country that has given so much to so many people. It is our obligation as Americans to answer the call to duty when our country needs us. Veterans Day is a way to acknowledge those people that answered that call. The military gave me confidence, leadership abilities and a strong work ethic, all of which have greatly helped me here at NASA.

Veterans Day is to honor and remember the selflessness of those who have fought, past and present, not only to defend this country, but to gain its freedom. My service has meant a great deal to me. It gave me the opportunity to pay homage to those that were in my shoes years before me while teaching me many valuable lessons. The most valuable lessons would have to be persistence, adaptability and discipline, and these values have assisted me here at NASA’s Johnson Space Center. I am grateful for having served and the lasting relationships I’ve built along the way.

Veterans Day is about honoring those who serve a purpose above themselves and are willing to endure the hardships needed to protect the principles of freedom and equality. This Veterans Day commemorates the 100th anniversary of the end of World War I, one of the most devastating conflicts the world has seen. We use Veterans Day to remember and honor those who answer our nation’s call, past and present. My military experience has enhanced my skills of attention to detail, teamwork and communication required to succeed at NASA.

As one writer noted, service is the rent we should all pay for our space and time here on Earth. It was an honor to serve my country for 25 years in the U.S. Air Force. Veterans Day is a special time to celebrate all those who answered our nation’s call to defend freedom and human rights. I consider it a privilege to continue my public service at NASA JSC.

Joining the Navy was my opportunity to serve my country. It was also an opportunity to build upon my skills of attention to detail, teamwork, work ethic and communication. I credit a great deal of my post-service successes to my years serving, which has enabled me to succeed at NASA. Veterans Day is the day to recognize servicemen and women who display an enormous amount of commitment, dedication, courage, honor and loyalty while defending our country and freedom. Thank you to all veterans—and those families of veterans—for making sacrifices for our country.

Joining the Navy was an opportunity to get ahead in life. Veterans Day is about honoring the brave men and women who’ve kept this land of the free. The Navy taught me that you have to speak up if you want to make a difference.

I joined the Navy to be a part of something bigger. My time in the Navy broadened my worldview. It taught me that everyone is important and has a role to play, and that has carried over to my civilian life. It also taught me that hard work is worth the effort. For me, Veterans Day is about showing respect to people who stepped up to do something that many others would not. 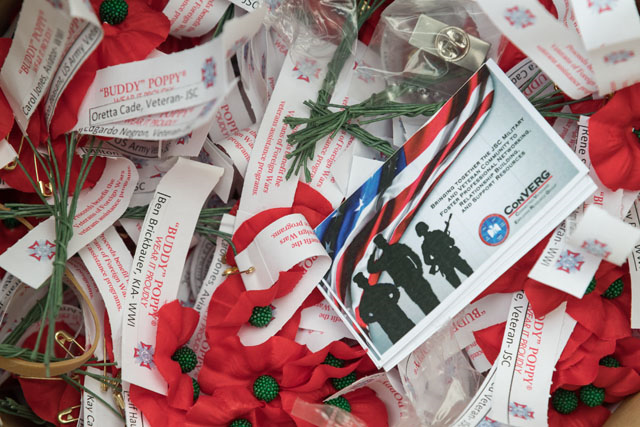 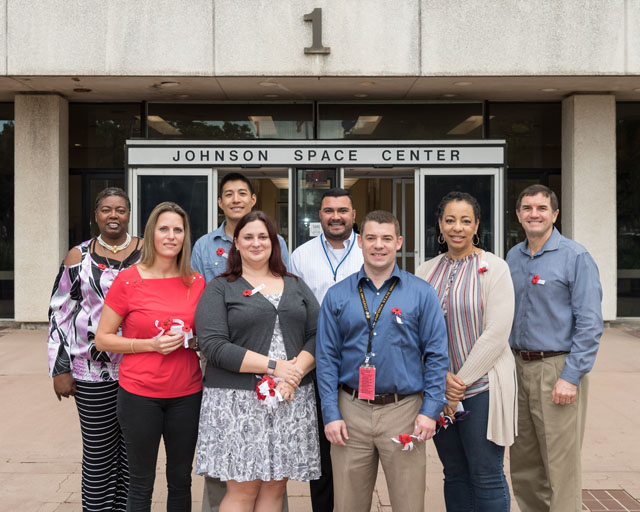 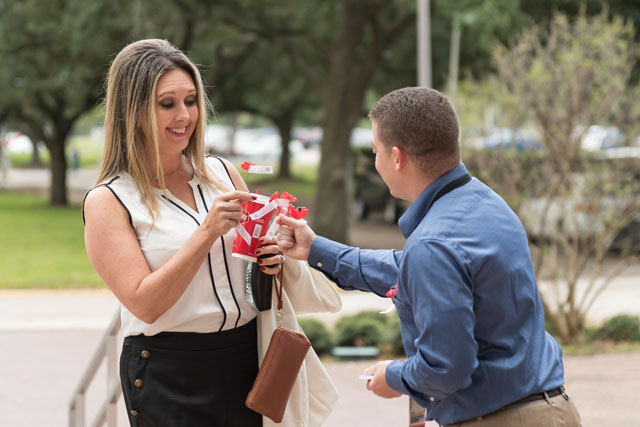 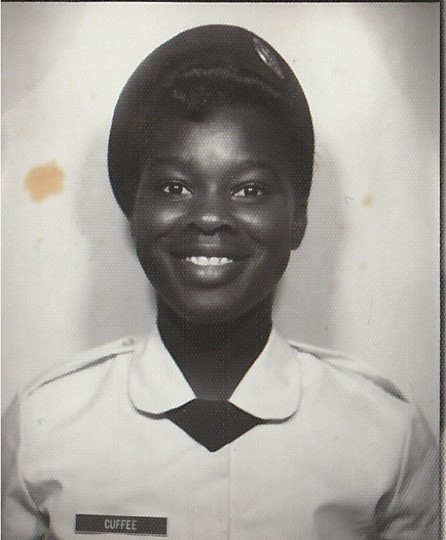 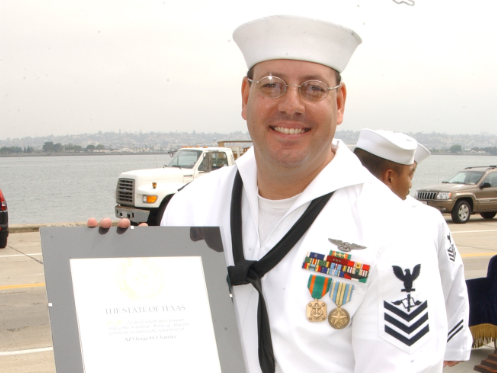 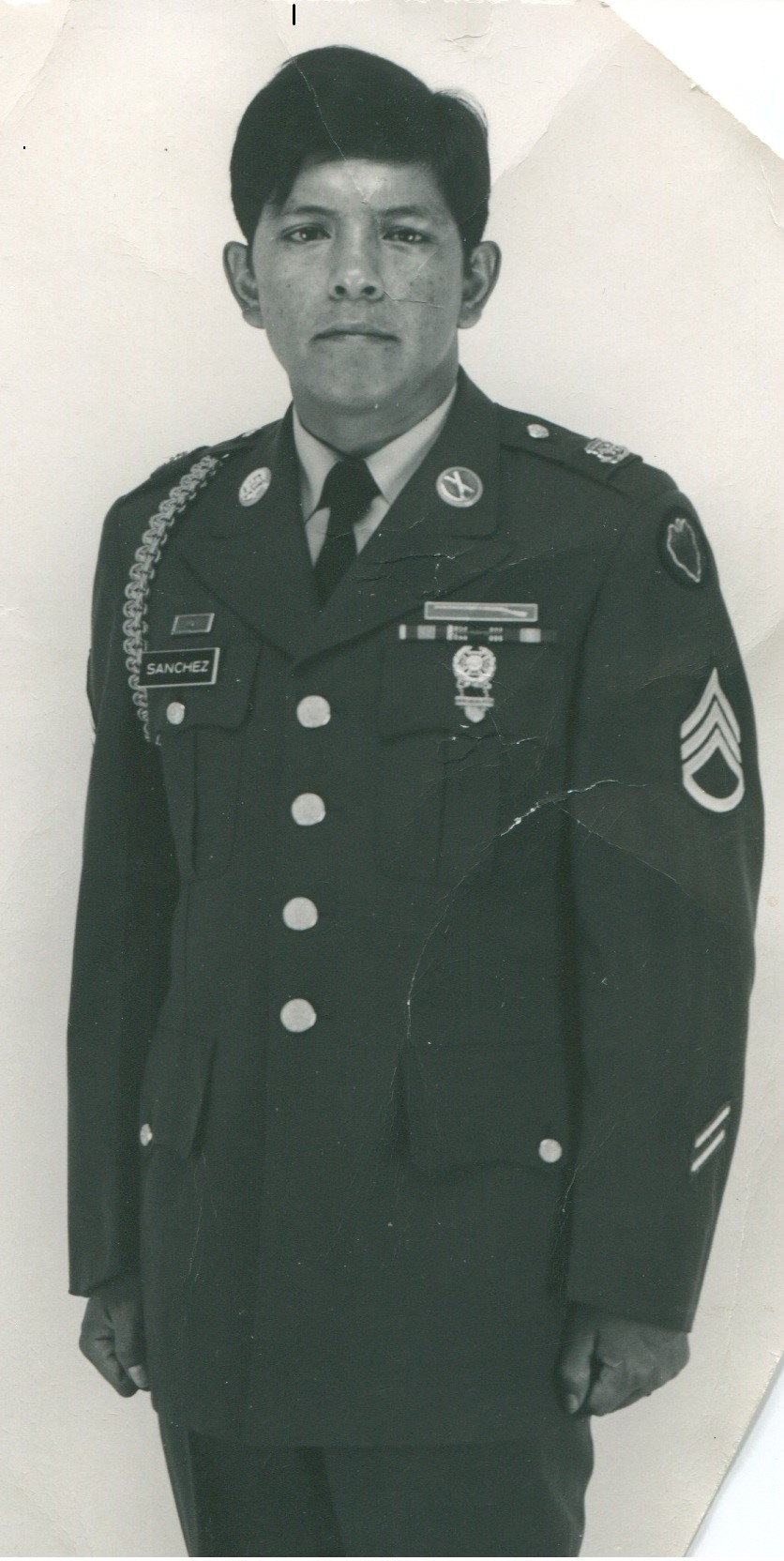 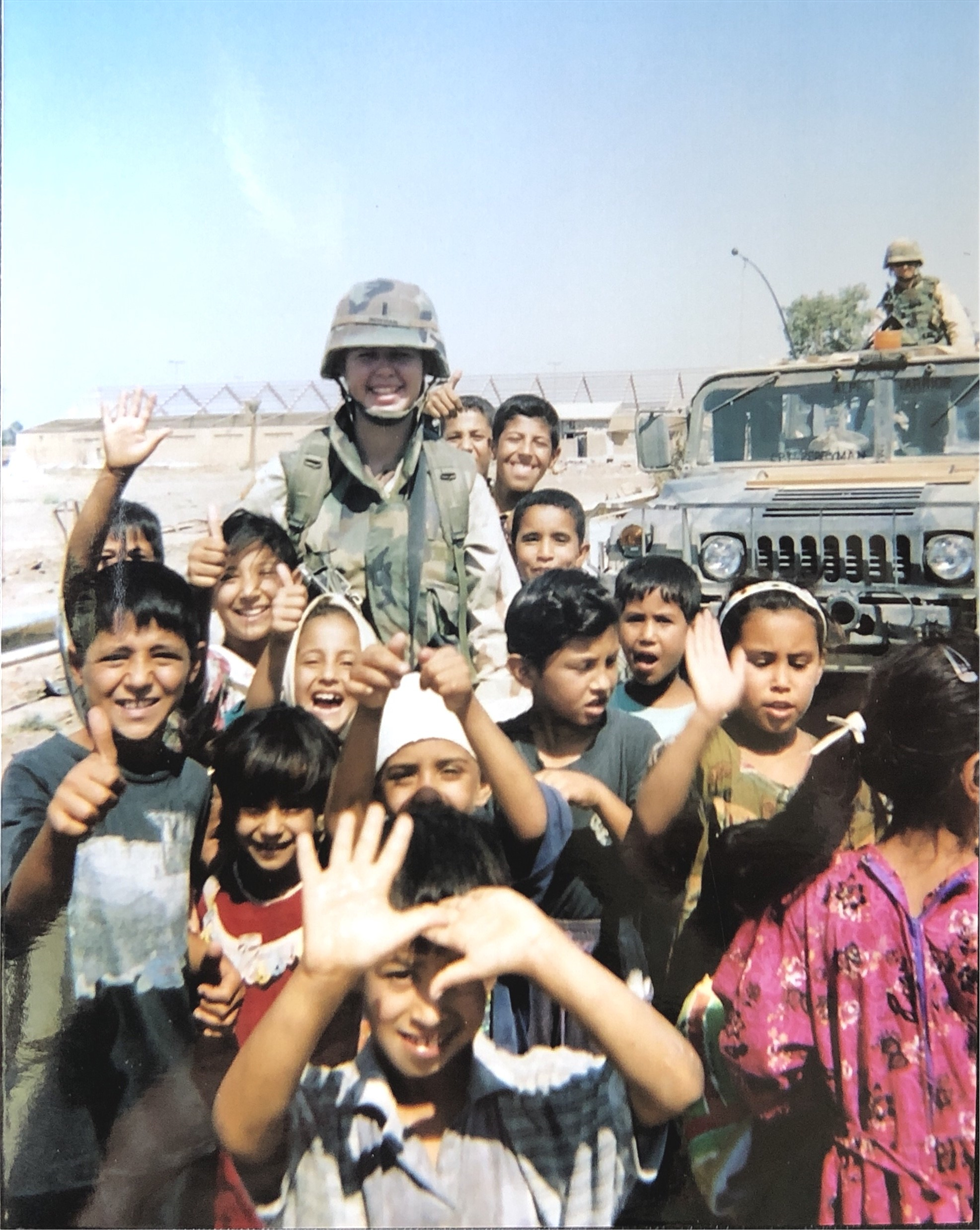 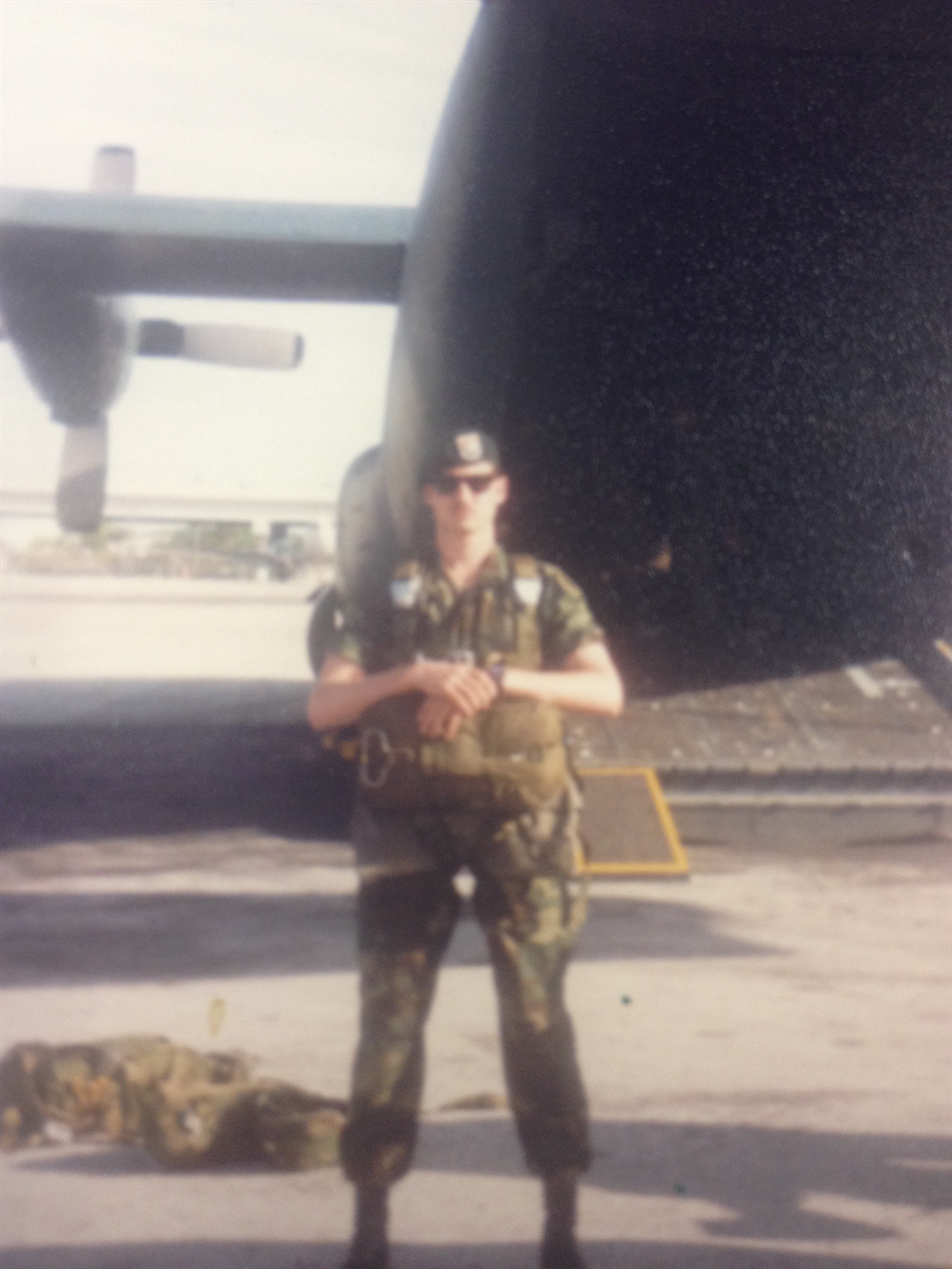 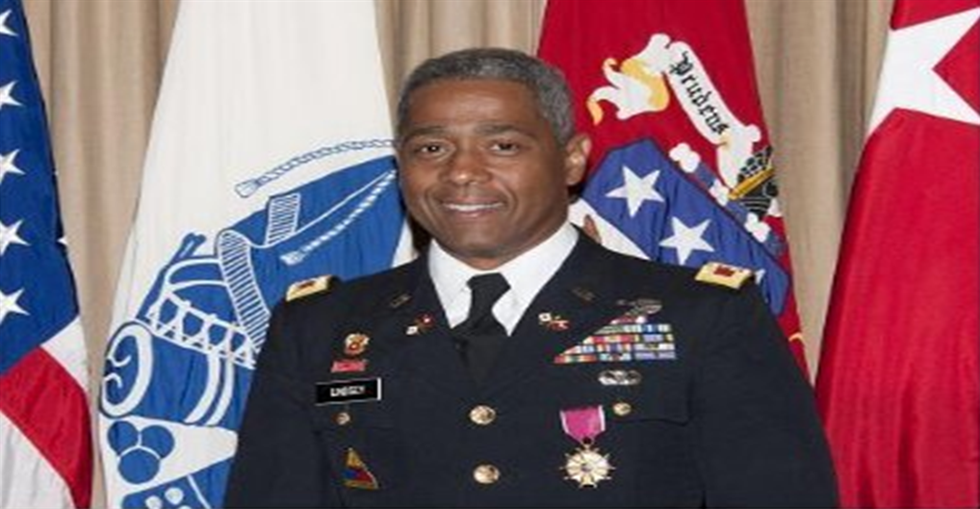 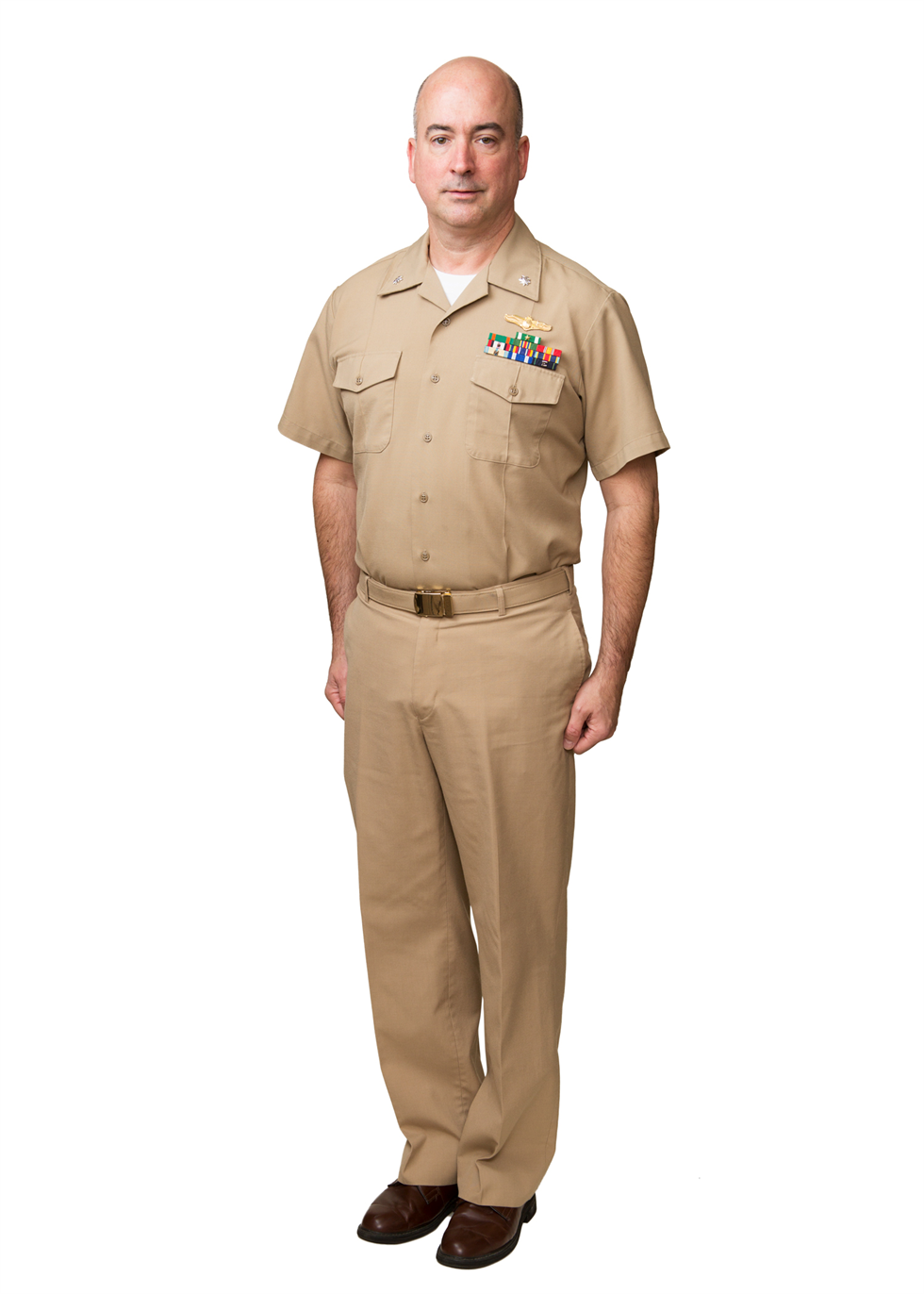 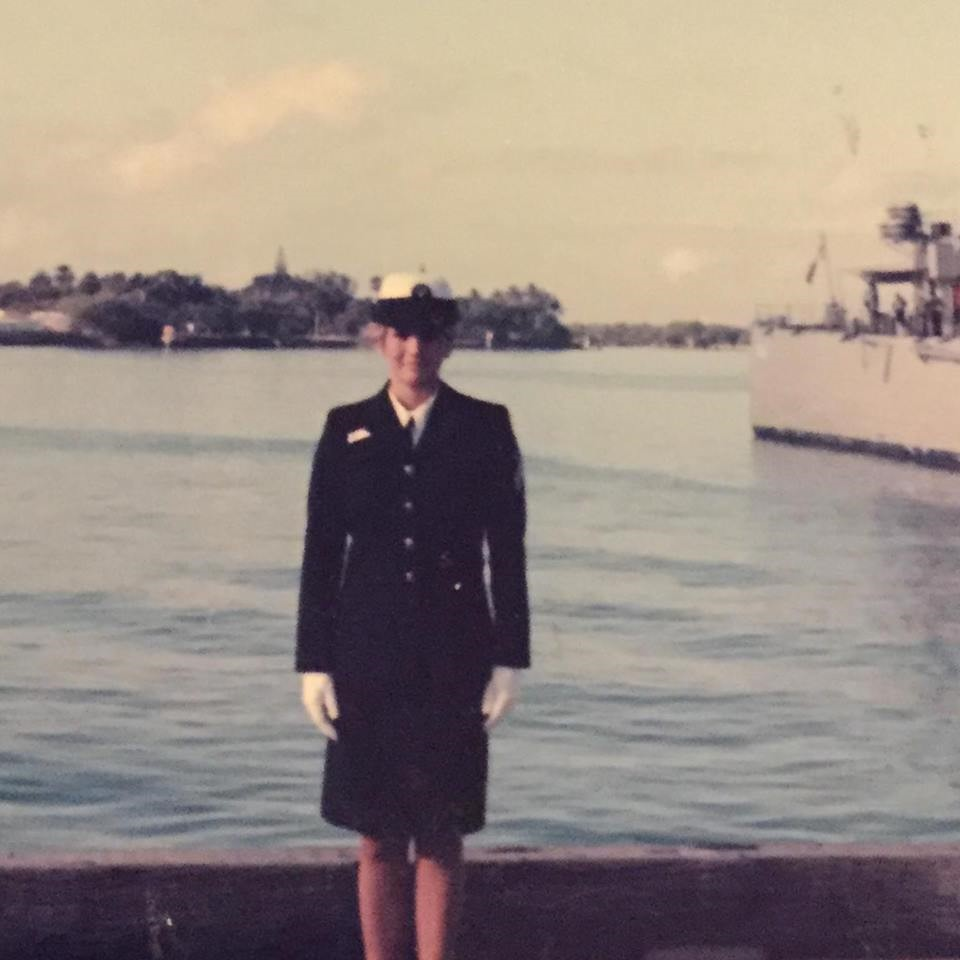 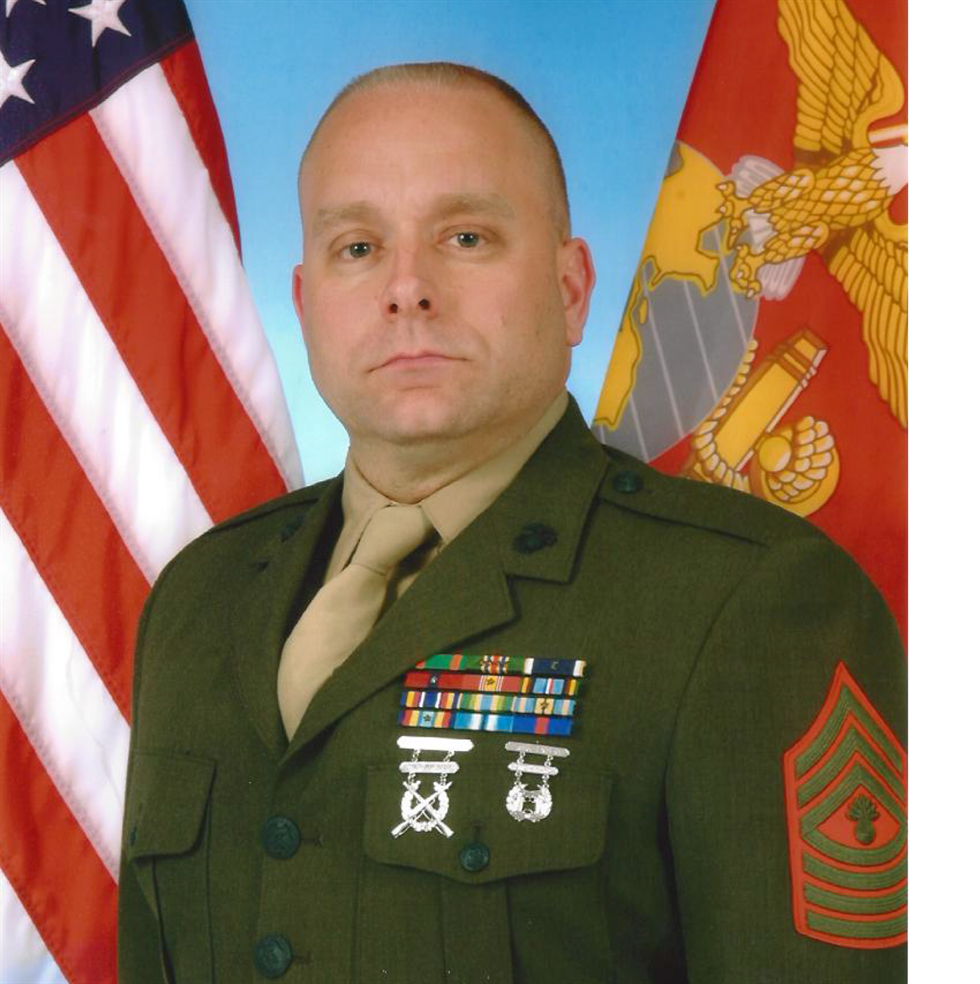 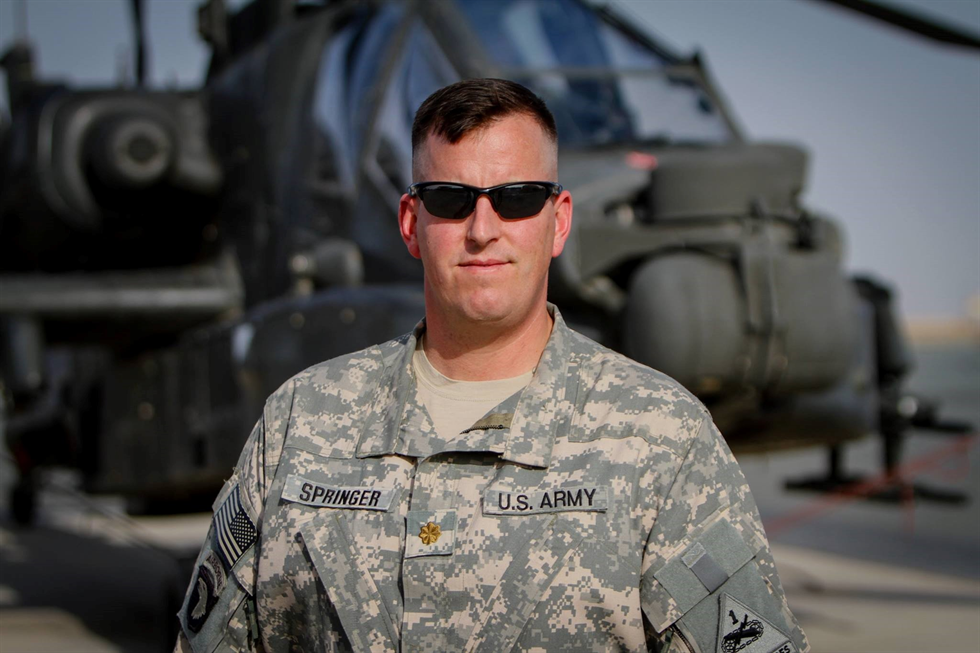 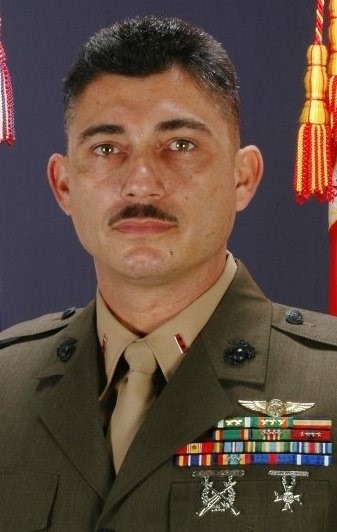 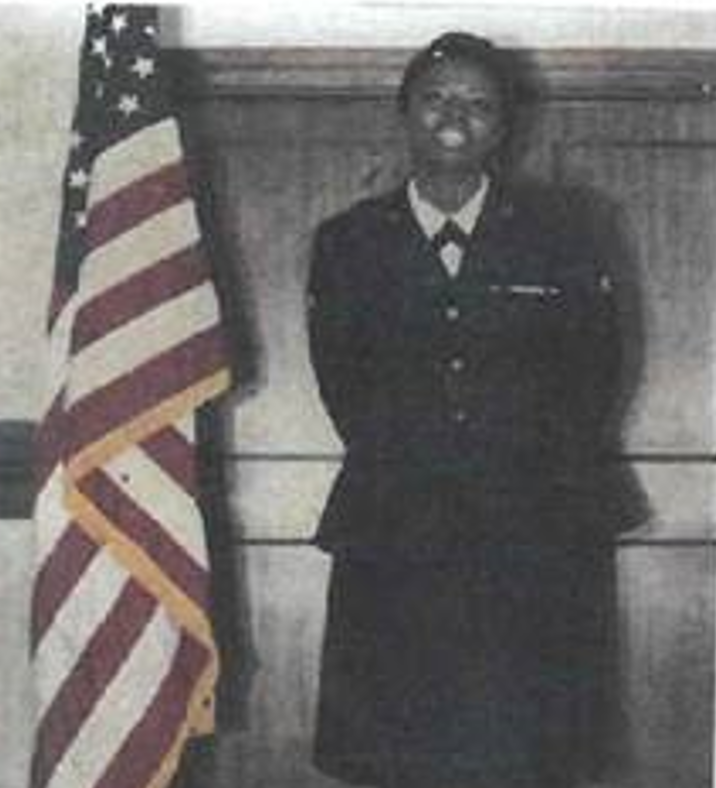 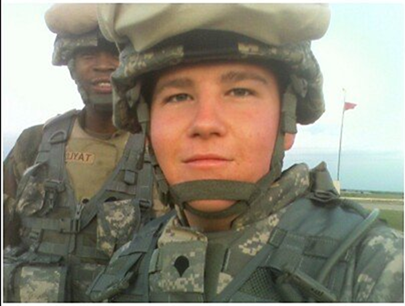 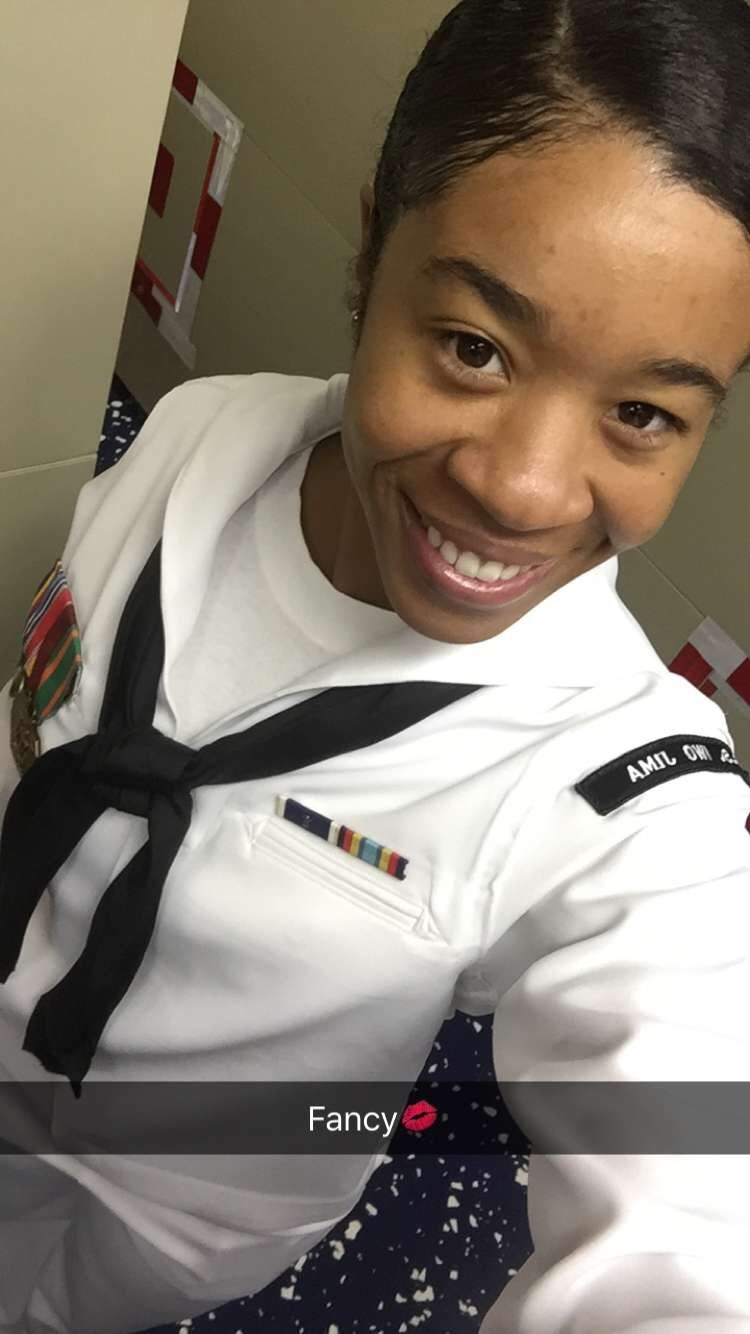 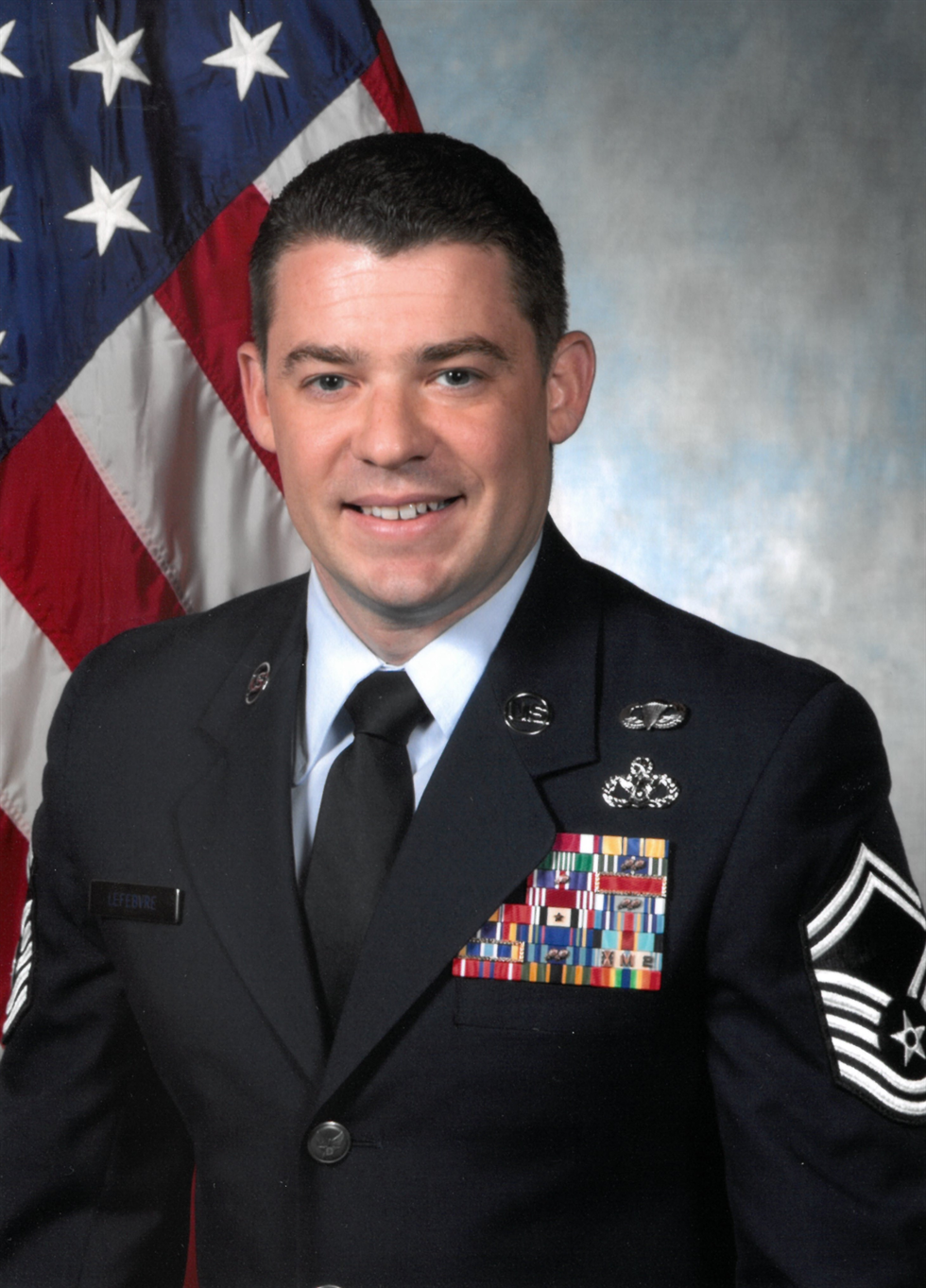 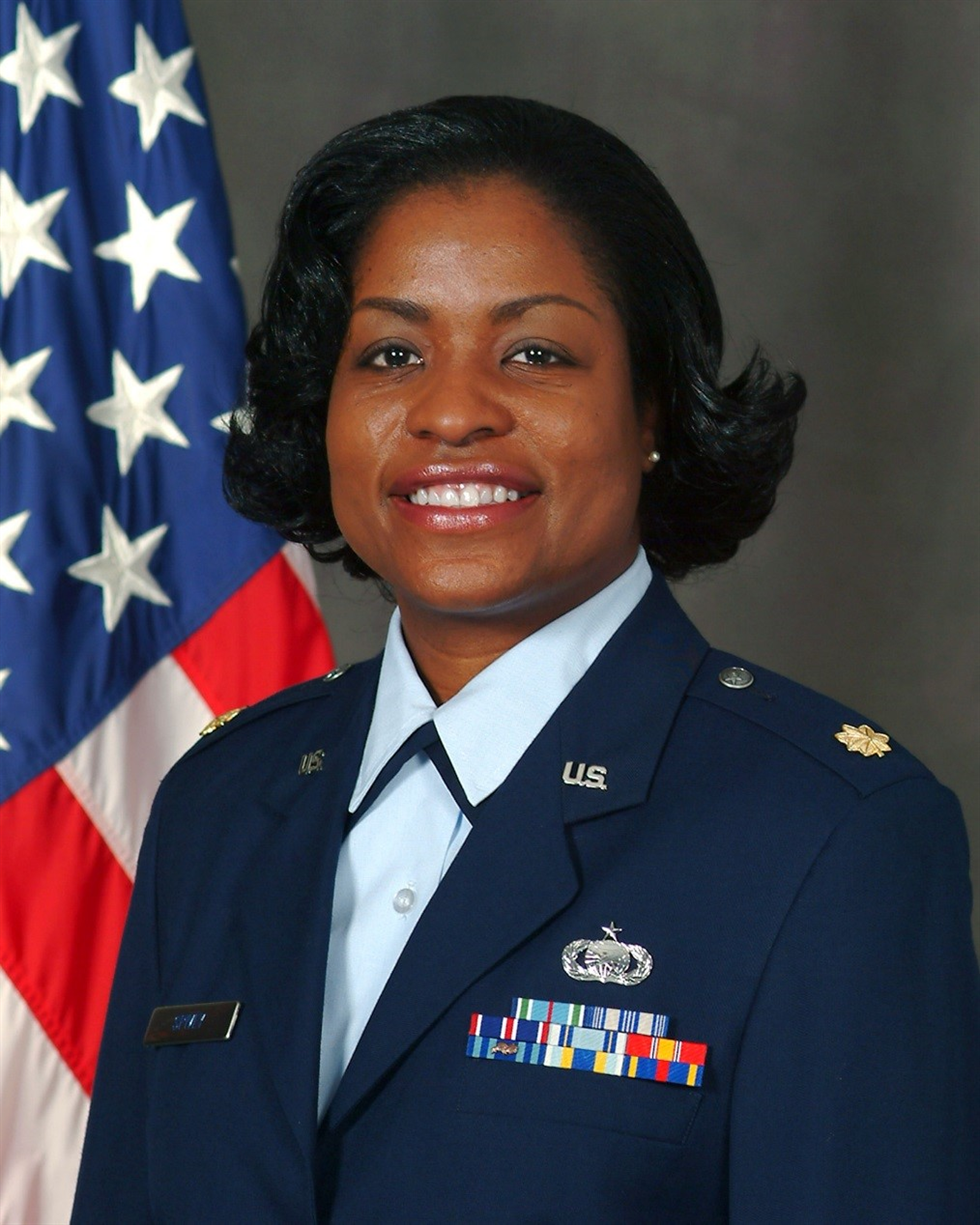 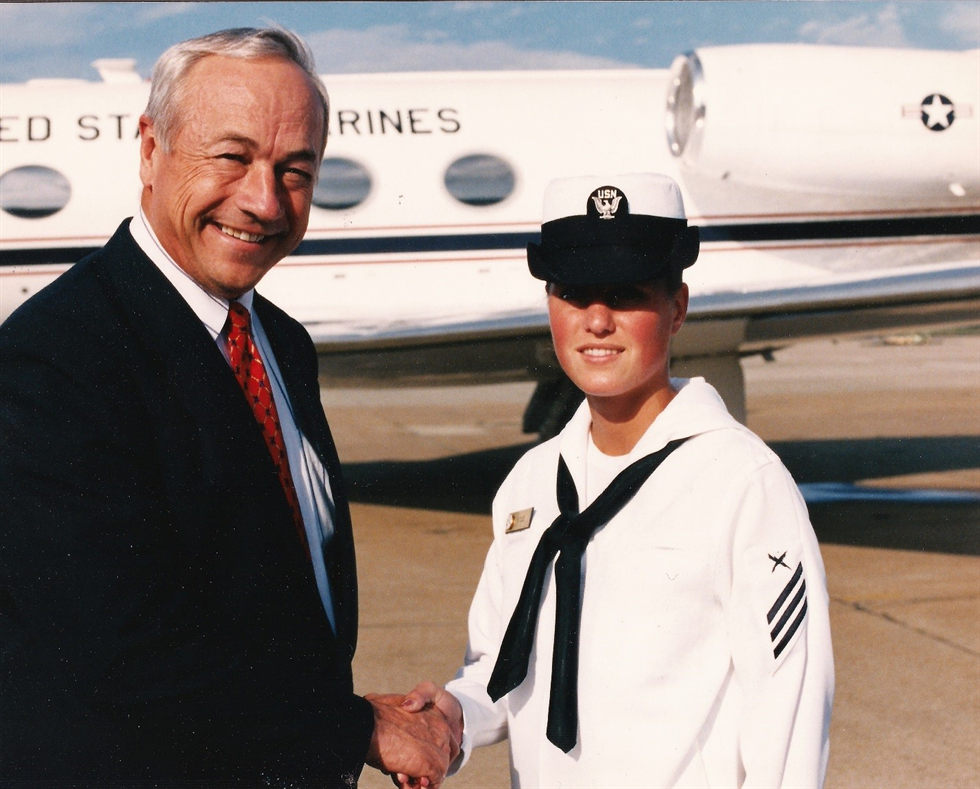 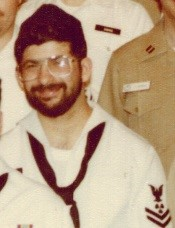 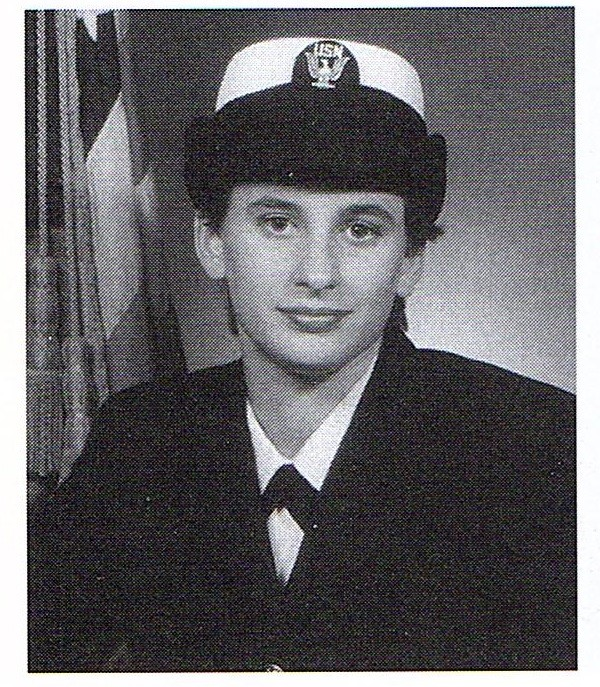