Today is the International Day of Giving, a time to come together and support the causes and individuals who need it most. Making a donation this year is easir than ever, just visit the JSC Donation Page to learn how!

In honor of giving Tuesday, let's take a look at some of the causes that Senior Staff is supporting thi year.

Deputy Center Director Vanessa Wyche is supporting Boy Scouts of America Sam Houston Council, SHAPE Community Center, and the Brentwood Foundation. This is a great example of the CFC making an impact on the local community as well as national foundations.

"The goals of the CFC to benefit humanity relate to the work being done to benefit humanity by NASA because both goals are fundamentally grounded in the notion of carrying on activities for the benefit of all peoples irrespective of economic status. By its very nature, exploring outer space directly benefits humanity due to innovations that improve the quality of life on Earth. Similarly, the CFC's mission is to improve the quality of life for all, albeit through philanthropy as opposed to technological innovation."

EISD Acting Director Eileen Stansberry is supporting education and the preservation of local wetland areas. She believes in the power of education to build a strong future and nurture the next generation. She also sees the daily benefit of a wetland environment and highlights that from storing floodwater to providing wildlife habitats, they are one of the most productive ecosystems in the world.

"I see a tight connection between the goals of CFC and the values of JSC. She said that NASA and JSC Values consist of Safety, Teamwork, and Integrity in support of Mission Success. We can each be change-makers but a much greater impact comes from us joining together as a team; in life as in at work. Our participation in CFC provides a way to engage our broader team — the world in which we live and work. .

Orion deputy Program Manager Charles Lundquist is supporting conservation through a donation to the Combined Federal Campaign. With the abundance of wildlife on campus, it is easy to be inspired to preserve the environment.

Human Health and Performance Director Catherine Koerner is supporting Compassion International, which is dedicated to the long-term development of children living in poverty around the world.

What will you support this year?

Donate now at http://jscpeople.jsc.nasa.gov/cfc.cfm, registering your affiliation with NASA-JSC and your home directorate. 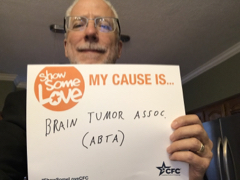 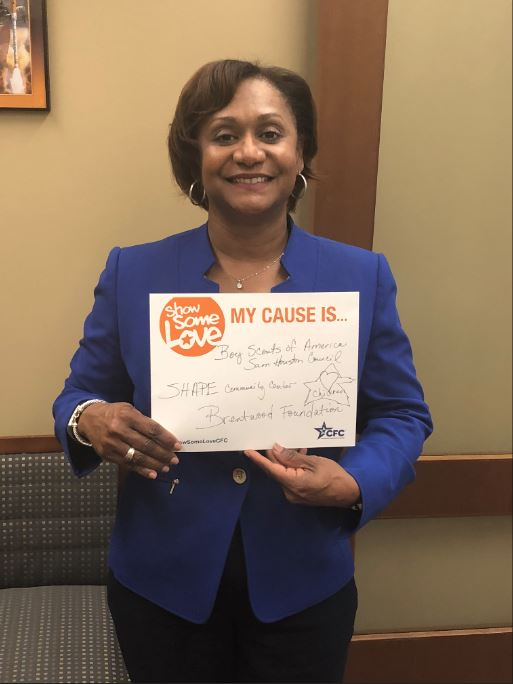 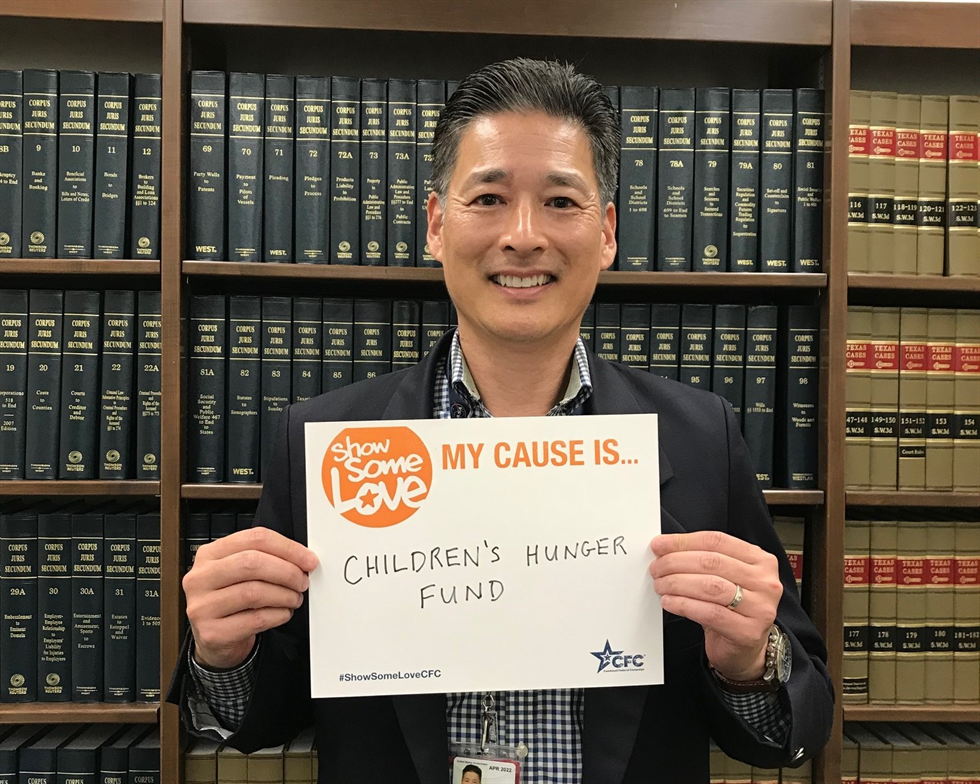 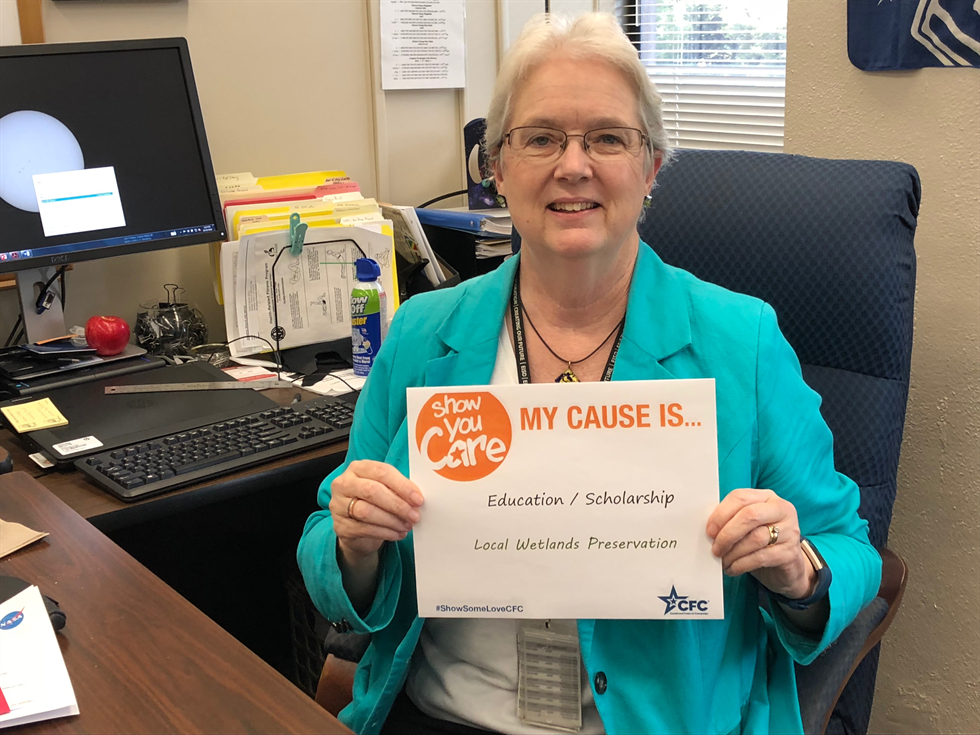 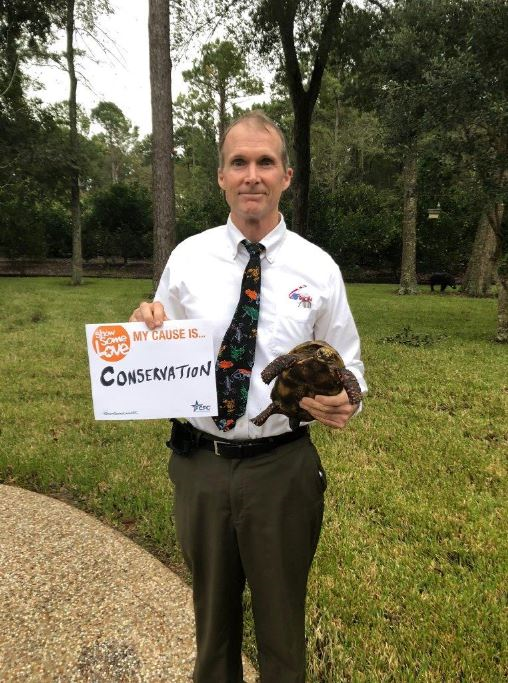 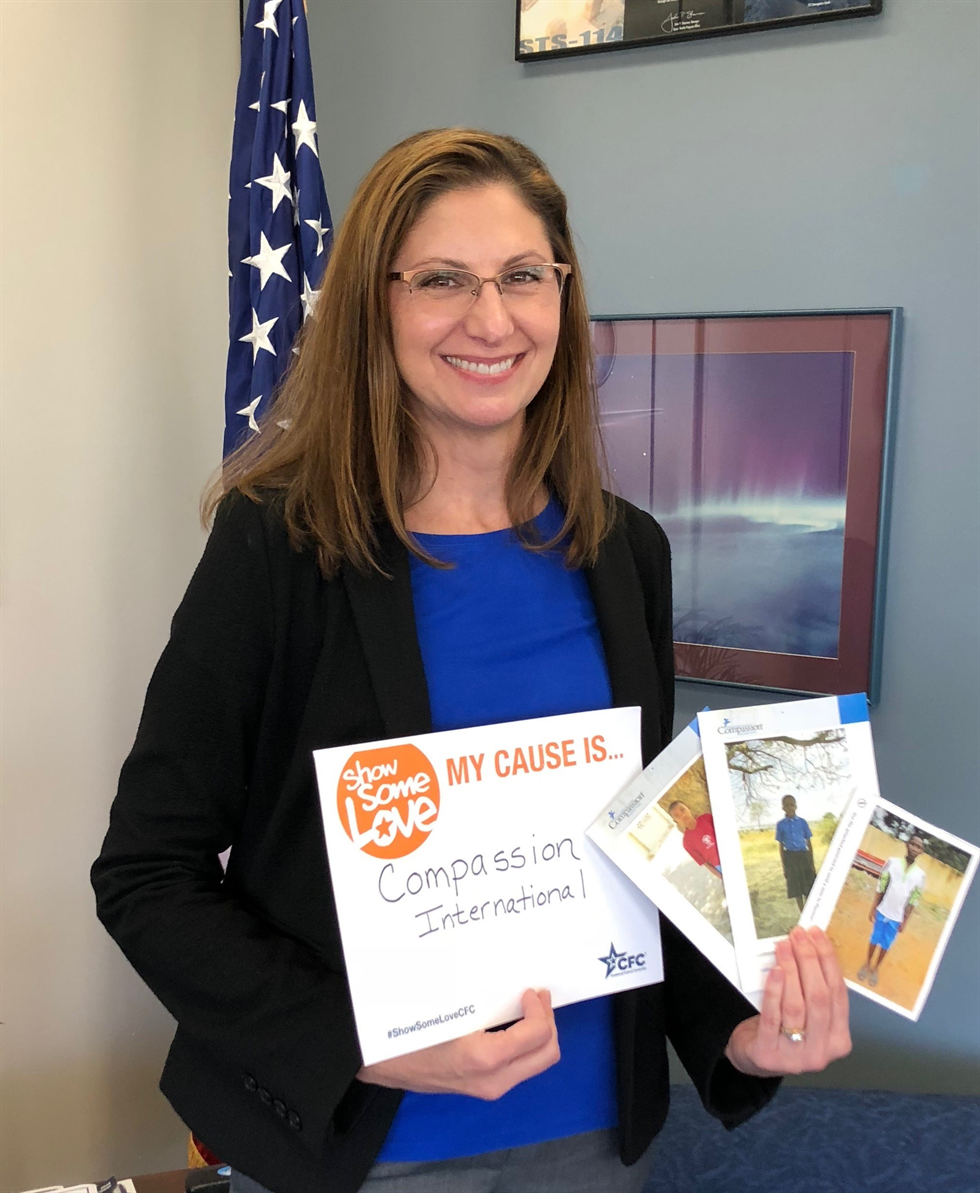