2018-07-10
NASA has selected six women and men to join the elite corps of flight directors who will lead mission control for a variety of new operations at the agency’s Johnson Space Center in Houston.

The new flight directors will begin extensive training on flight control and vehicle systems, as well as operational leadership and risk management, before they are ready to sit behind the flight director console in mission control supporting NASA’s astronauts. When they do, they will become part of a group that numbers fewer than 100. This class will bring the total number of flight directors the agency has had to 97 since Christopher C. Kraft became the first flight director in 1958.

Joining the 26 active flight directors currently guiding mission control, this group will have the opportunity to oversee a variety of human spaceflight missions involving the International Space Station, including integrating American-made commercial crew spacecraft into the fleet of vehicles servicing the orbiting laboratory, as well as Orion spacecraft missions to the Moon and beyond.

“The job of flight director is not an easy one, and we make these selections very carefully,” said Holly Ridings, acting chief of the Flight Director Office at Johnson. “We had a great group of applicants, so we were able to choose six individuals who have worked in many areas of human spaceflight. They’ll bring a lot of good experience to the role that will serve NASA well as we undertake new and exciting missions.”

As flight directors, they will head teams of flight controllers, research and engineering experts, and support personnel around the world and make the real-time decisions critical to keeping NASA astronauts safe in space.

The new flight directors are:

Bolinger, from Lancaster, Ohio, began her career at NASA as an intern in 2001 before earning her bachelor’s degree in aerospace engineering from Purdue University in 2004. Upon becoming a full-time NASA employee after graduation, she supported spacewalks in a variety of functions, including as a lead spacewalk flight controller for space shuttle Endeavor’s final mission, and several spacewalks since. Most recently, she has served as the deputy chief of the Neutral Buoyancy Laboratory, managing the facility’s daily operations.

Boulos grew up in Palos Hills, Illinois, and Fair Lawn, New Jersey, and holds a bachelor’s degree in aerospace engineering from the University of Illinois at Urbana Champaign. He began his career at NASA in 2008 and was one of the first flight controllers managing the space station’s core system computer networks in a position known as Communications RF Onboard Networks Utilization Specialist (CRONUS). In addition to serving as a CRONUS specialist flight controller and as a CRONUS instructor, Boulos also worked with the Orion Program on spacecraft system recovery processes after major malfunctions.

Flores, who considers Caguas, Puerto Rico, to be his hometown, interned at multiple NASA centers while working on his bachelor’s degree in mechanical engineering at the University of Puerto Rico – Mayaguez. He came to Johnson Space Center full time in 2010 as a systems engineer, helping to develop a new space station simulator. He went on to become a flight controller managing the station’s power and external thermal control in a position known as Station Power, ARticulation, Thermal, and Analysis (SPARTAN). He also earned a master’s degree in aerospace engineering from Purdue University.

Jesrani was born in England but immigrated to Houston during childhood. Jesrani began interning with United Space Alliance (USA) before graduating from The University of Texas at Austin with a bachelor’s degree in aerospace engineering in 2007. In her work with USA and later NASA, she has supported the space station flight control team in many positions, including managing the life support and motion control systems, and then as a capsule communicator (CAPCOM), speaking directly with the astronauts in space. Recently, Jesrani has been working to integrate mission operations for upcoming commercial crew flights.

Konyha was born in Manhasset, New York, and finished high school in Mandeville, Louisiana. He served in the United States Air Force from 1996 until 2016, when he retired as a lieutenant colonel after holding a number of operations, engineering and leadership positions for numerous space systems. Since then, he has led the design, test, operations and disposal of all Department of Defense (DOD) payloads on crewed spacecraft for the DOD’s Space Test Program office at Johnson Space Center. Konyha holds a bachelor’s degree in mechanical engineering from Louisiana Tech University and master’s degrees in military operational art and science, and science and astronautical engineering from Air University and the University of Southern California, respectively.

Wingfield, from Princeton, Kentucky, interned at NASA’s Kennedy Space Center before graduating with a bachelor’s degree in mechanical engineering from the University of Kentucky in 2007. She joined the flight control team at Johnson Space Center in 2007 as a contractor with United Space Alliance, overseeing maintenance tasks that the astronauts perform in space. She went on to become a CAPCOM, speaking to the crew on behalf of the control team, and a chief training officer, preparing space station crews for their missions. She also holds a master’s degree in systems engineering from the University of Houston–Clear Lake.

Wondering what it takes to become a flight director and how the new group is feeling? They will be answering questions live from the @NASA_Johnson Twitter account today, July 10, at 3:30 p.m. CDT. Use #askNASA when posting your questions.

Learn more about careers at NASA at: https://www.nasa.gov/careers 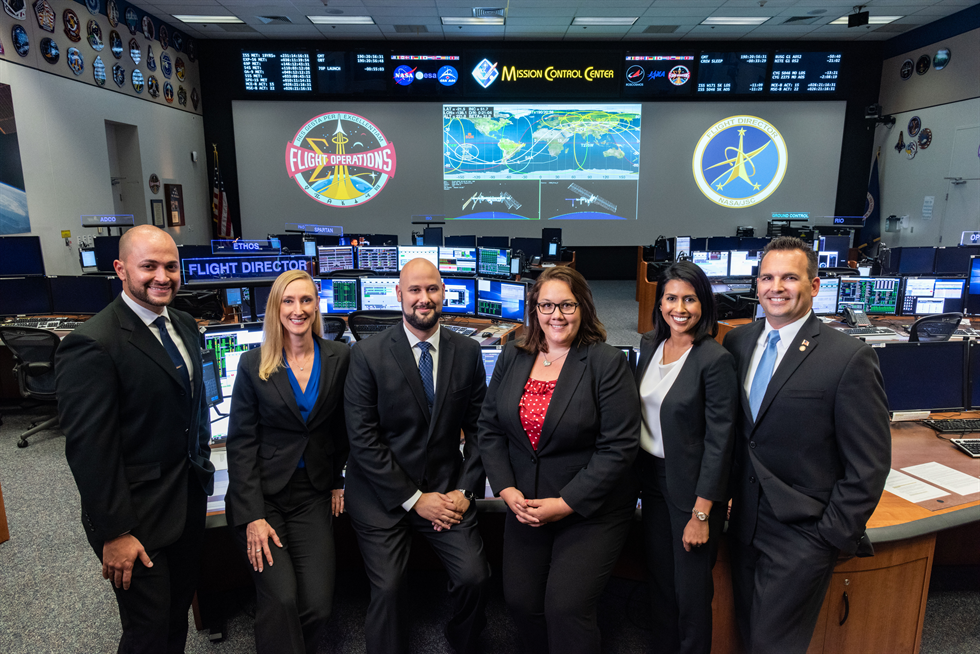