The air up there

The air up there

2016-06-29
A Class I-E 5x2015 Project, Personal CO2 Monitors, seek to take the guesswork out of deciphering air quality around astronauts

For every breath crew members take aboard the International Space Station, we won’t necessarily be watching; monitoring, however, is a different story.

Thanks to a Class I-E 5x2015 project ferried to the space station aboard a Cygnus vehicle this past January, station crews may soon have much better analysis of the air quality in their immediate vicinity—wherever that happens to be. Though wall-mounted sensors on the orbiting laboratory have been around, the Personal Carbon Dioxide (CO2) Monitor will give researchers more—and expanded—data to comb through.

“There are unique things about spaceflight,” said Cory Simon, Personal CO2 Monitor project manager within NASA Johnson Space Center’s Engineering Directorate. “The way the air mixes without gravity is different than with gravity. On space station they end up with these pockets of air that have different properties than a pocket of air five feet away, or one foot away.”

For instance, if the crew is eating a meal together or exercising near each other, the properties of the air change as their environment does.

“If they don’t have a fan on them to mix the air, then they’ll build up this bubble of elevated CO2,” Simon said. “There’s a sensor on the wall, but that sensor may be exposed to air with different properties as these CO­2 bubbles form around the crew.”

The Personal CO2 Monitors could be a game changer, demonstrating that rather than relying on a wall sensor, which may be monitoring a different data set than what researchers really want, you can clip a small device on a crew member and monitor their actual carbon dioxide exposure.

This particular Class I-E project consists of the wearable sensor and an iPad app that links up with it. While the sensor measures carbon dioxide levels, humidity and temperature in the immediate surroundings of the person wearing it, the data downloads to the iPad app when it’s in range. It displays that data for the crew, and they have the ability to send commands back—like change the sampling rate. While the crew goes about their day, the iPad is pulling data from the CO2 monitor and downloading it to a server on space station. Later, that store of information is sent to the ground.

“Our main objective was to be one of the early Class I-E projects and to provide feedback on the new hardware classification while designing, building and certifying this hardware in a short amount of time,” Simon said. “There are a range of ways to classify flight hardware, and these determine the level of rigor required during the assembly, testing and certification processes.”

The sensor hardware was turned around in about 10 months, with the app delivered two months later. As of early June, the sensor and app have completed initial testing aboard the space station and will soon begin to be worn by the crew. It’s a Class I-E 5x2015 exploration prototype success story that illustrates increased flexibility, even when coinciding with smaller budgets, can accelerate innovation.

The wearable sensor, meanwhile, will demonstrate a new capability with the potential to aid scientists in understanding how crew health and performance are affected by the air up there.

“There are theories that the crew is more sensitive to carbon dioxide exposure than we are on the ground due to fluid shifts,” Simon said. “It seems that the crew is reporting symptoms associated with high levels of CO2 at levels that are much lower than we would expect based on ground testing.”

It’s a concern, and a puzzling one at that. But demystifying the unknown is what NASA does best—and more numbers via the Personal CO2 Monitor could be invaluable in adding up the answers. 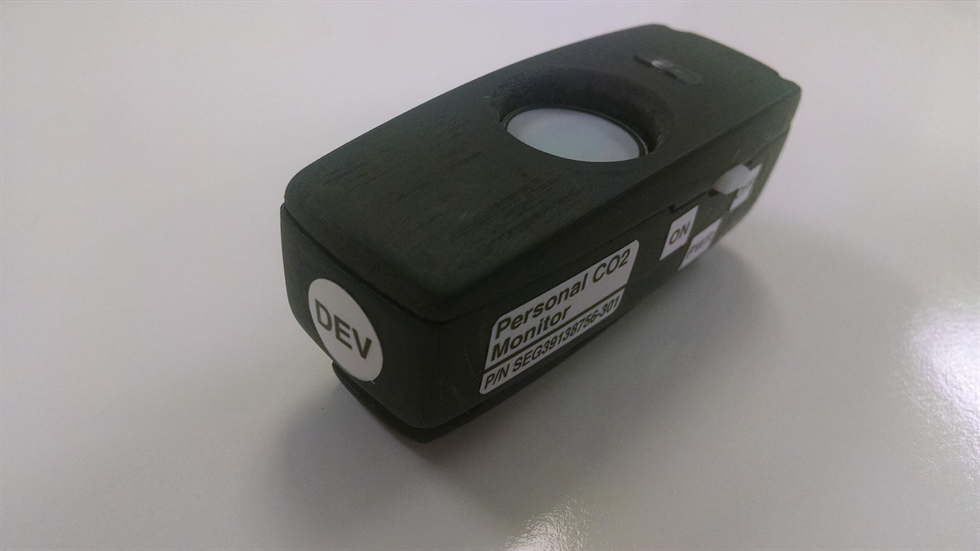 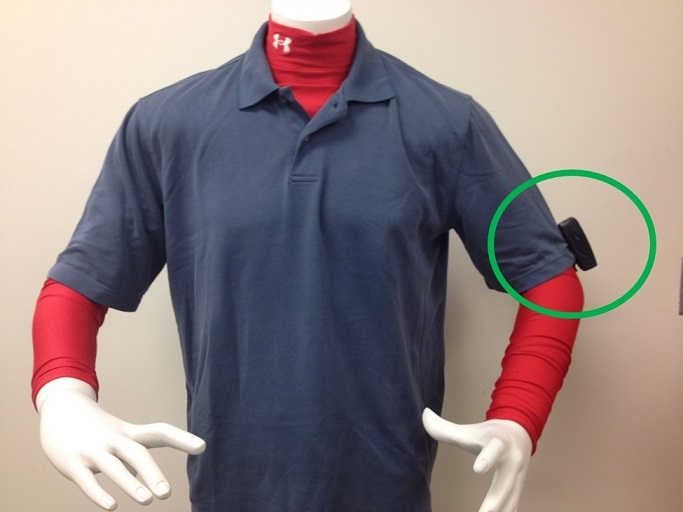 An example of where the sensor can be affixed on the body. Image Credit: NASA
Previous Article
Next Article