The mural is the newest addition to a long-term effort by Johnson to engage with students locally and around the world to bring their space-inspired art to our halls.

More than 30 students had some part in helping with the mural. They started this detailed project by first brainstorming ideas in their sketchbooks. Concepts for what they were thinking to include in a mural on display at Johnson were plentiful. The design process took the longest, but the group ended up collaborating to merge their ideas. They worked at a feverish pace, using the last two weeks of school to paint, finish, and install the mural. 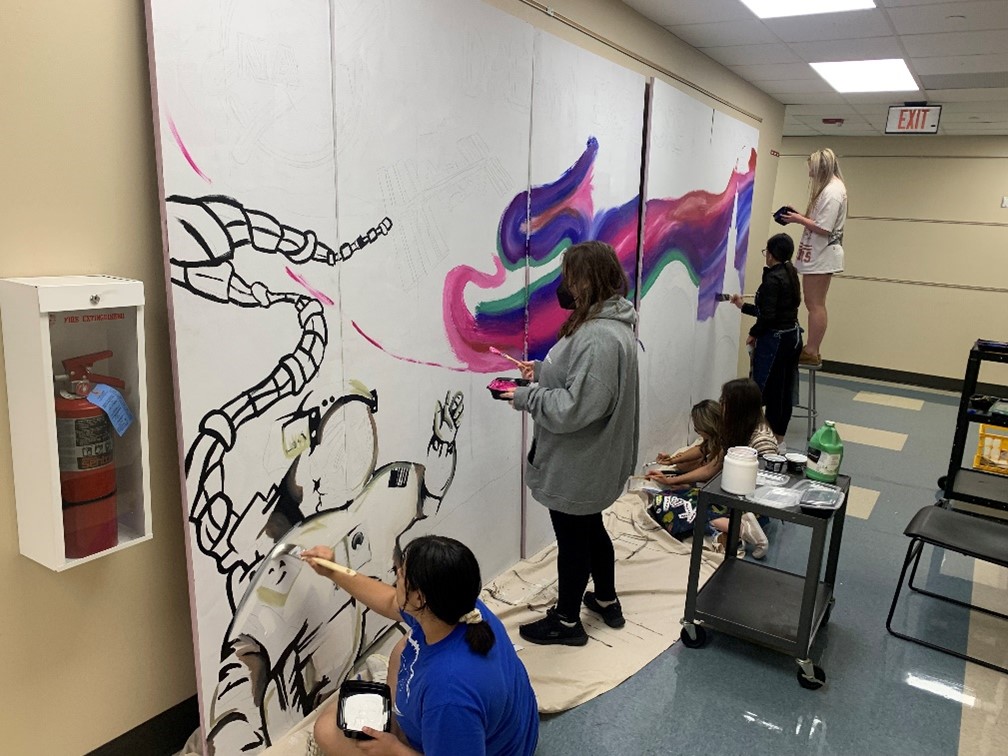 Students worked hard throughout the last two weeks of school to complete the mural. Courtesy of Friendswood High School.

With the help of Gary Johnson, technical manager in the International Space Station Mission Integration and Operations Office, and Raul Tijerina, building graphics lead, the students were able to help install the five panels that make up the mural.

Johnson and Tijerina make it a point to collect and display various art projects throughout Building 4S and take pride in collaborating with local students, like these high schoolers from Friendswood. 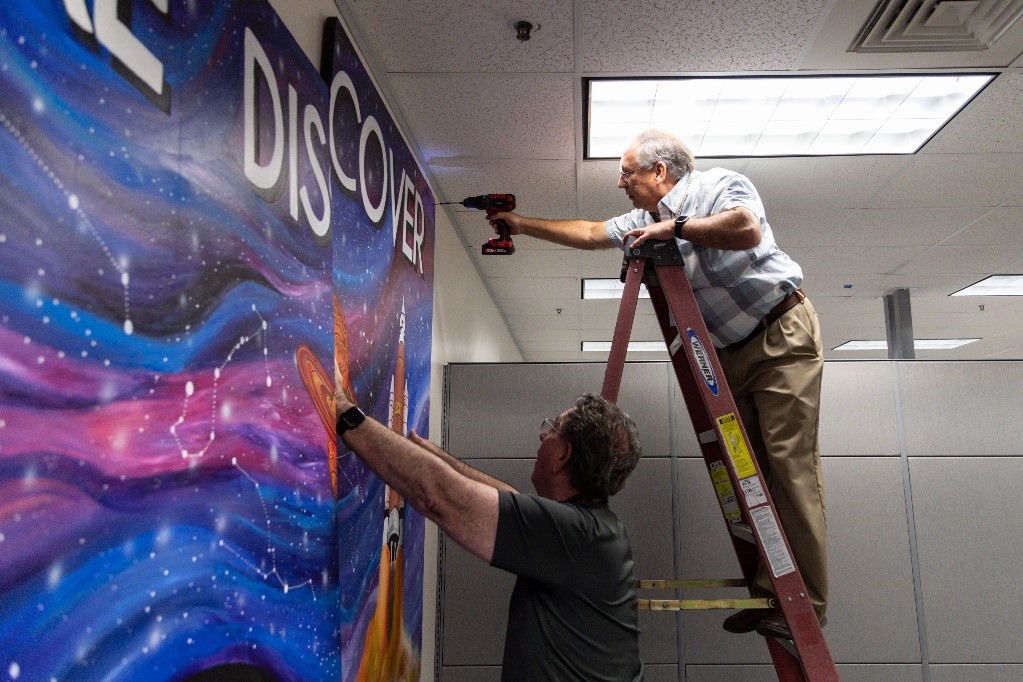 Mandy Harris, Friendswood High School art teacher, said, “It was such a great experience to see all the collaboration that took place, and they enjoyed working on the project so much!”

The new mural is the perfect addition to Building 4S, as it adds color, wonder, and creativity to the fourth floor. The piece brightens up the halls and reminds Johnson employees of NASA’s present-day missions and exciting future in space every time they pass. 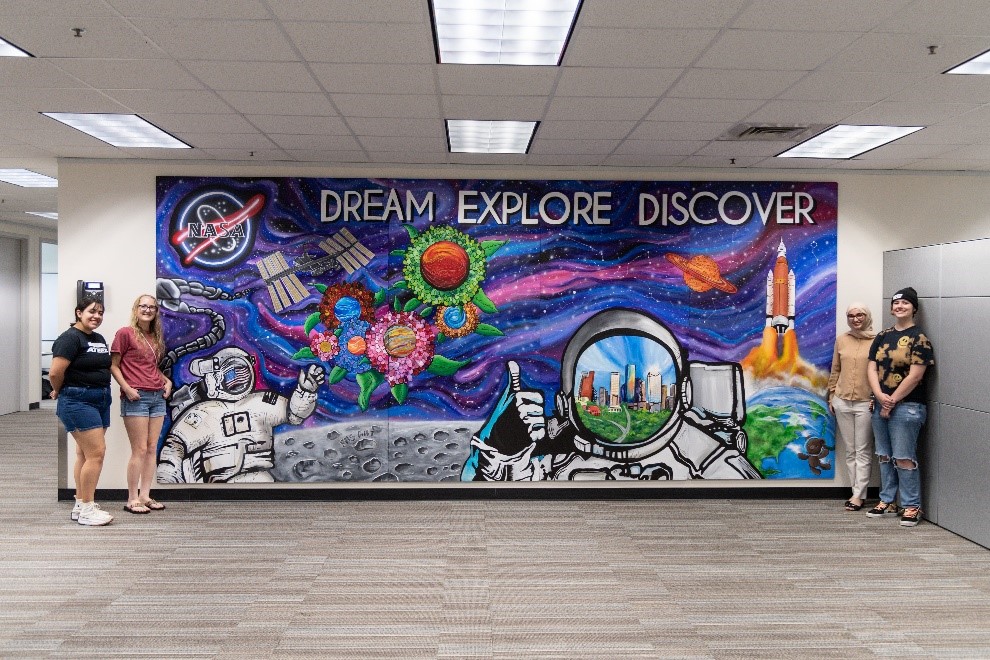 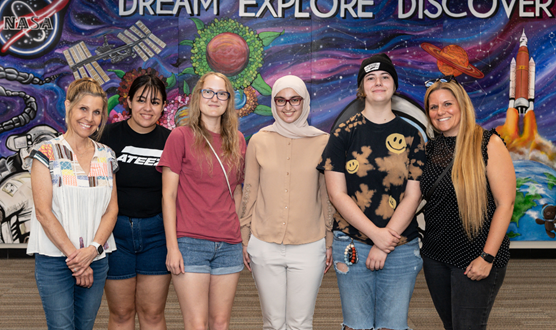 Additional Art in Building 4S
Throughout the other halls of Building 4S, passersby will notice numerous other art pieces. Most of these are courtesy of the nonprofit, SciArt Exchange. Jancy McPhee, founder and executive director of SciArt Exchange, has been dedicated to engaging youth and young adults around the world in space exploration through space art competitions and tours. She has contributed many art displays to Johnson through the years, aiming to bring dialogue about NASA into the community by inspiring participants to conceptualize, through art, what a future space travel will look like. Most of the artwork embodies communication, creative problem solving, and innovation, with a focus on futuristic designs instead of historical missions. Past competitions have included the Project Mars film poster competition, where adults competed to have their art featured at Johnson, and the Moon Youth Art competition, where young students submitted their best lunar-themed artwork. 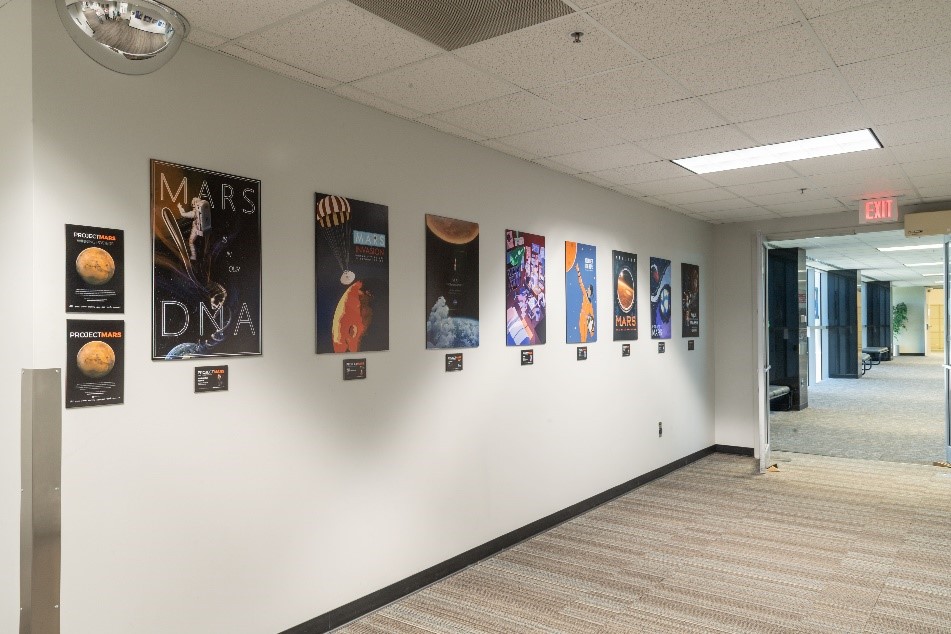 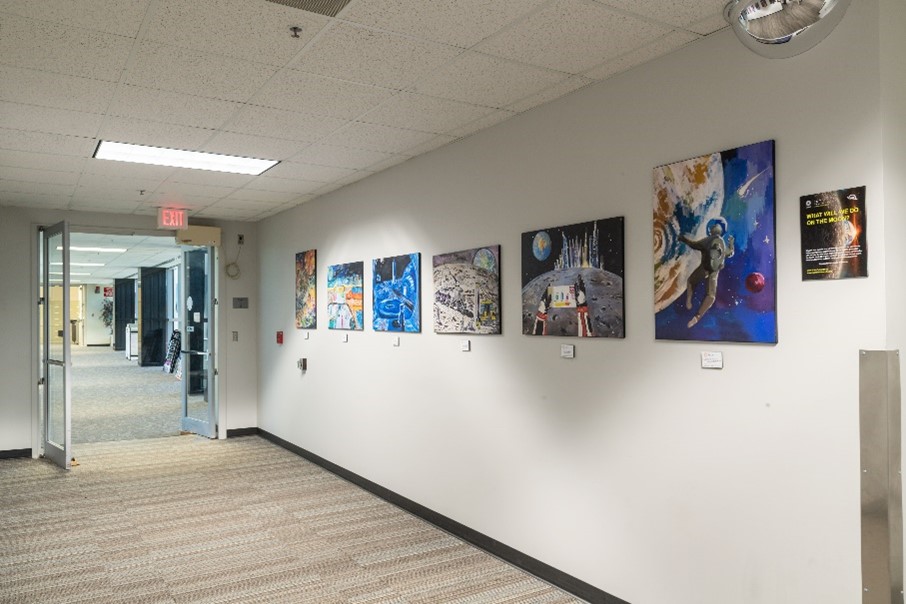 David Hughes’ Artwork
A collage of artist David Hughes’s art. Each painting depicts a historic photograph taken from the Gemini and Skylab programs. The exhibit is located on the fifth floor of Building 4S, adjacent to the elevator lobby. 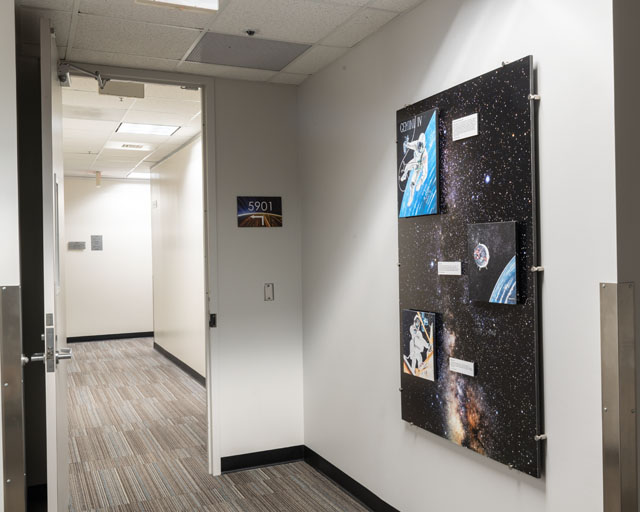 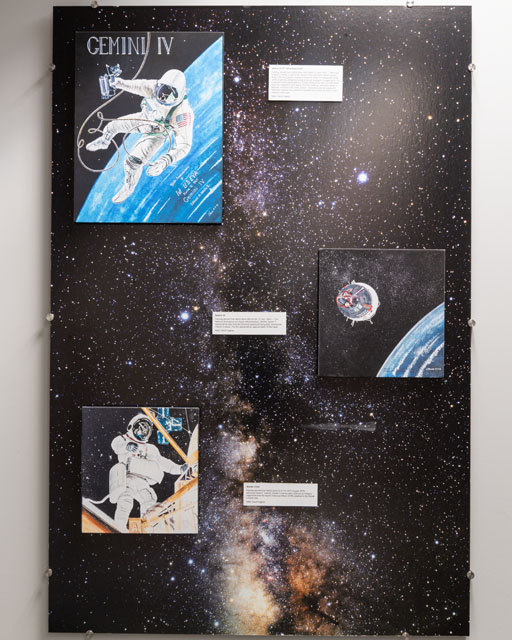 Jim Schultz’s Artwork
A collage of artist Jim Schultz’s pencil art. Each drawing depicts a photograph taken aboard the International Space Station or space shuttle. The exhibit is located on the third floor of Building 4S, adjacent to the elevator lobby. 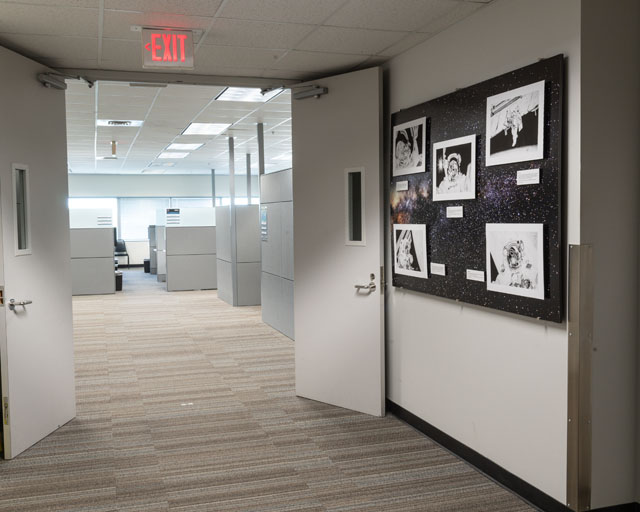 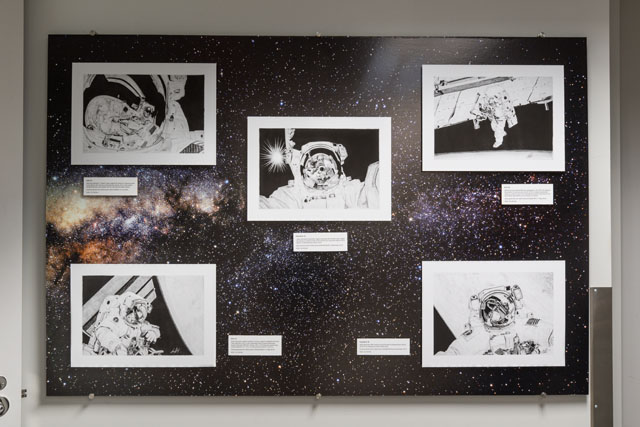 The art collection in Building 4S keeps growing, and the talent is breathtaking to behold. Check out these visual delights and get refreshed and reminded about your role in Johnson’s vision to Dare. Unite. Explore.