I Am Artemis: Eric Alexander

I Am Artemis: Eric Alexander 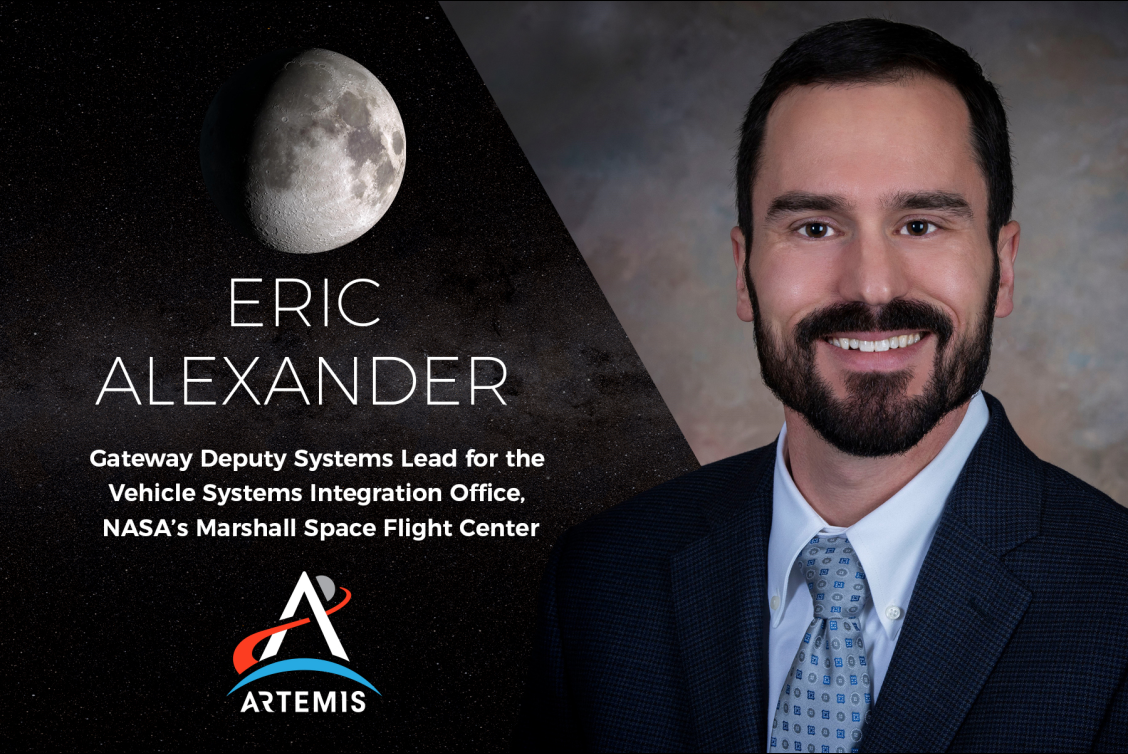 Eric Alexander takes pride in his Artemis mission role to establish a long-term human presence in deep space, especially as part of a global network striving toward a common goal: advancing human spaceflight and scientific achievement for the benefit of humanity.

Based at NASA’s Marshall Space Flight Center in Huntsville, Alabama, Alexander serves as the deputy systems lead for the Gateway Program’s Vehicle Systems Integration Office. Alexander’s responsibilities include working with teams at NASA and (ESA) European Space Agency to ensure all of the Gateway’s essential systems will work together seamlessly.

Gateway is an international collaboration to establish humanity’s first space station in lunar orbit. It will provide extensive capabilities to support Artemis missions, to include docking ports for visiting spacecraft, areas to live and work, and onboard science investigations to study heliophysics, human health, and life sciences.

“A key component of the Artemis architecture, Gateway enables different capabilities for humans in space, science, and exploration that wouldn’t be possible without Gateway’s presence,” said Alexander.

An important aspect of Alexander’s job is managing relationships and working closely with ESA, one of Gateway’s three international partners. They are making important contributions like the International Habitation Module and European System Providing Refueling Infrastructure and Telecommunications Refueling Module. As the integration lead, Alexander ensures the Gateway and ESA project teams are communicating effectively and exchanging important technical information.

A Denver, Colorado-area native, Alexander earned a Bachelor of Science in mechanical engineering from Vanderbilt University in Nashville, Tennessee, and a Master of Science in industrial and systems engineering from the University of Alabama in Huntsville. He enjoys camping, mountain biking, and hiking with his wife, Kim, and two sons, Eli and Nate.

Alexander is looking forward to what humanity will achieve at the Moon and beyond through the Artemis missions, an endeavor built on years of collaboration and partnership between NASA and international partners.

“Seeing the Artemis missions take shape feels like the beginning of a new era in space exploration,” said Alexander. “For me, there is a tremendous sense of accomplishment personally and as part of a global team of NASA and our partners.”

Learn more about Gateway and its international and commercial partners.