NASA’s Artemis lunar rover, the Volatiles Investigating Polar Exploration Rover, or VIPER, is expected to land at the Moon’s South Pole in late 2023 as part of the Commercial Lunar Payload Services initiative. Equipped with a robust drill, which can reach depths up to three feet below the lunar surface, the golf-cart-sized rover will spend about 100 Earth days on our closest celestial neighbor in search of ice and other resources.

Through sampling, the data the rover collects will show the location of lunar ice and determine how we can use the Moon’s resources to facilitate human space exploration deeper into the solar system.

NASA will use measurements collected by the rover to ascertain where ice is most likely to be found — in addition to where it could be easiest to access. VIPER is poised to be the first-ever resource-mapping mission on another world, making it a crucial step in NASA’s Artemis missions to establish a long-term presence on the surface of the Moon.

We already know there is ice at the lunar poles, thanks to past mission such as satellites orbiting the Moon or impacting its surface. But, to be able to use it, we need details. VIPER will provide those with its three instruments and drill, roaming the Moon to detect and analyze various soil environments at different depths and temperatures. Some of the coldest spots in the solar system, where ice reserves have endured for billions of years, will be unveiled by this robotic explorer.

The mission will also take vital science measurements and determine the distribution, physical state, and composition of these ice deposits. Researchers will soon have answers to questions that have persisted, like: What are the sources of the lunar polar water? These findings, too, will give us insight into the origins and makeup of the solar system.

Once on the lunar surface, VIPER will endure extreme temperatures, dynamic and limited lighting conditions, and forbidding terrain. The capability of near-real-time rover driving will present new engineering and design challenges for the NASA team leading up to the agency putting the first woman and the first person of color on the Moon.

In 2021, the water-hunting rover took shape during a recent practice build called the Surface Segment Assembly Pathfinder, which was completed in the new clean room at Johnson. Since the work was focused on assembly, there were no moving parts. Instead, the 3D-printed or sometimes sheet metal parts were precision-made from VIPER’s designs.

Composed of more than 100 parts and weighing in at 600 pounds, the pathfinder relied on a metal chassis and frame to give it strength and stability as engineers maneuvered it by crane or with a special lift-table. These tools gave engineers access into the belly of VIPER, where they could reach in to crank down fasteners, tighten bolts, and secure parts.

Weeks ago, a prototype Moon lander and VIPER completed several egress tests at NASA’s Glenn Research Center in Cleveland. One of the trickiest parts of the 100-day mission will undoubtedly be driving the rover off the Astrobotic Griffin lunar lander and onto the Moon’s surface. Using this enhanced mobility systems model of VIPER, the team could verify that every aspect of the system works as engineers intended.

While Johnson is shepherding construction of the VIPER rover, Ames is handling flight software and navigation system development.

For more on VIPER, visit: 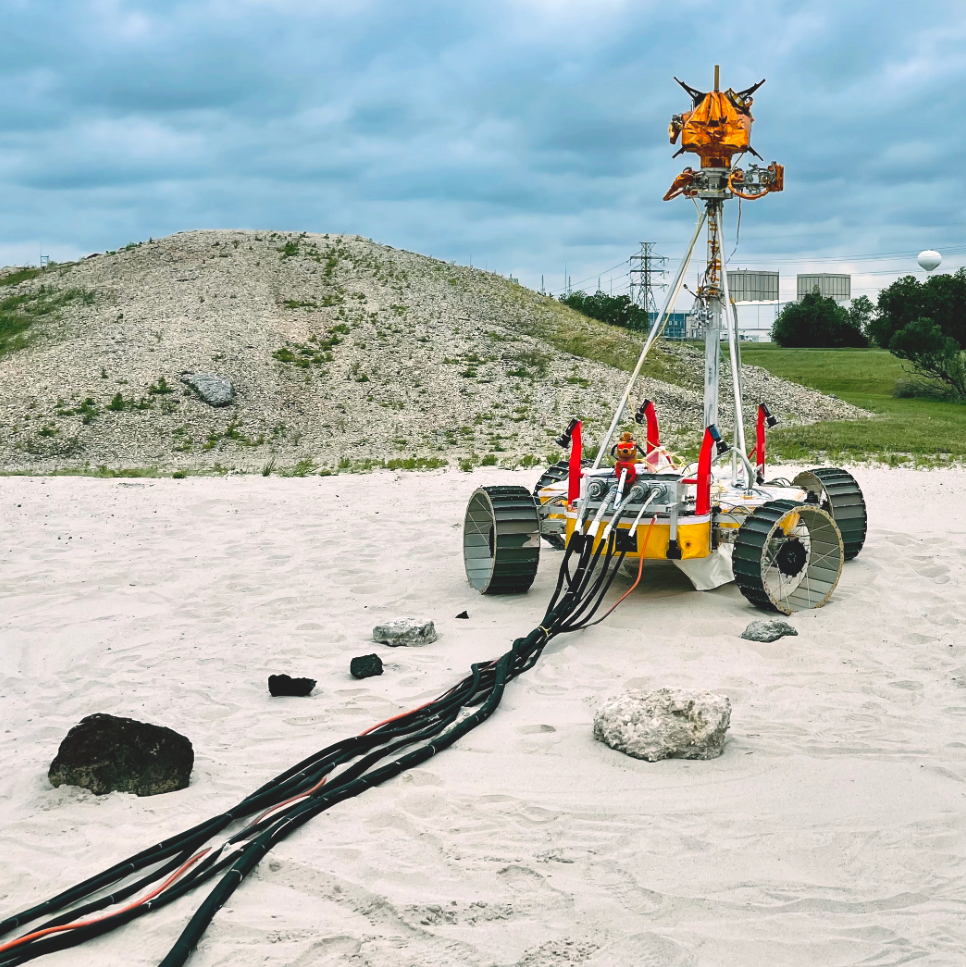 Engineers recently tested a decked-out version of a VIPER prototype, the most realistic yet, seen here during checkout and preparation activities at the Planetary Analog Site, known as the Rock Yard, at NASA's Johnson Space Center in Houston. By adding a few parts to simulate the Moon rover's center of gravity, a new mast to carry cameras and antennas, a new computer, new flight software, and new motor controllers, this newest prototype is equipped with the latest and greatest. Credits: NASA/Arno Rogg 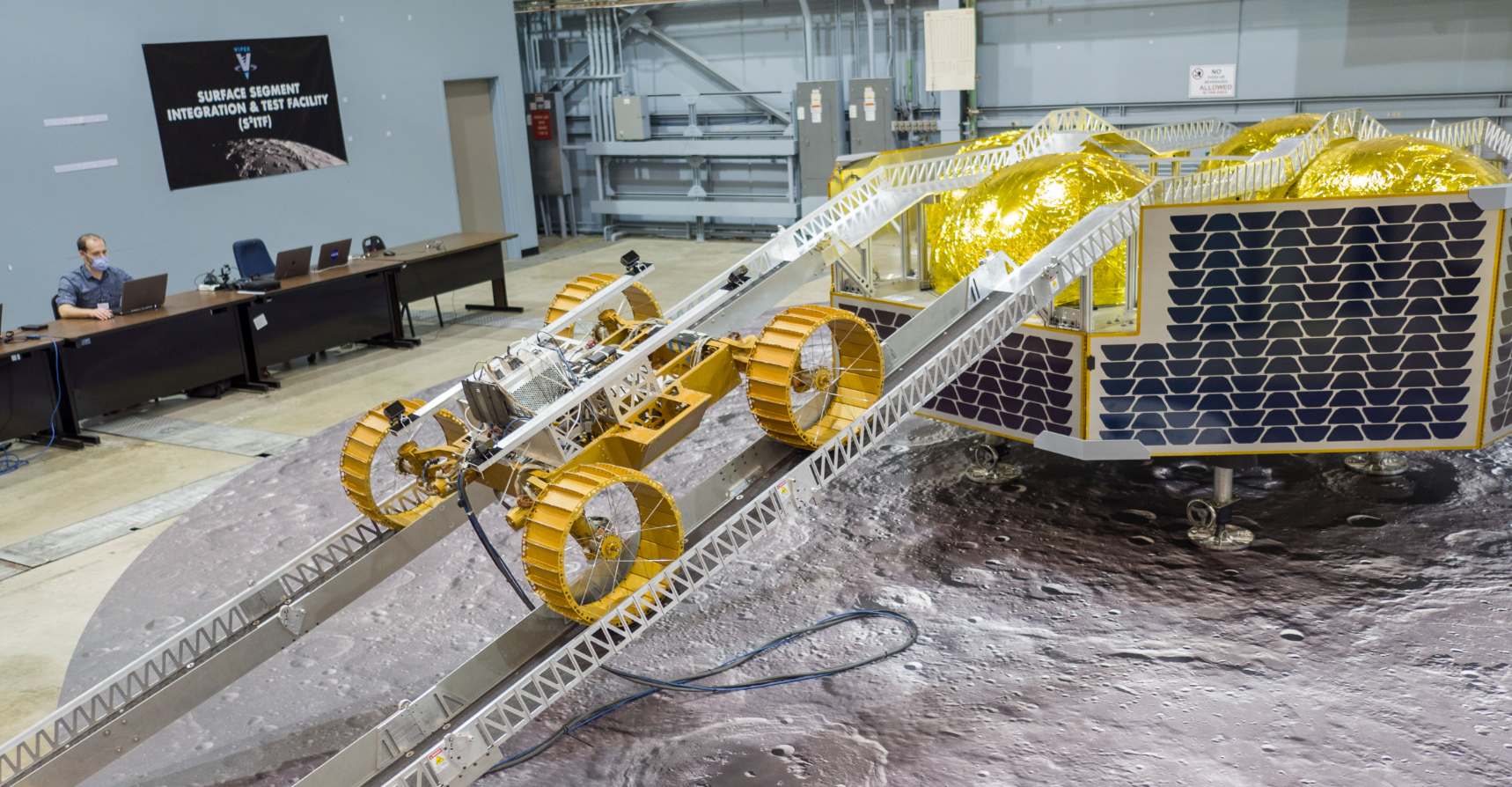 When NASA’s water-hunting robot – the Volatiles Investigating Polar Exploration Rover, or VIPER – arrives on the lunar surface, it will use two folding ramps to drive off the lander in style and begin exploring the Moon. About a year ago, the VIPER team tested those ramps at NASA’s Johnson Space Center in Houston. Credits: NASA/James Blair 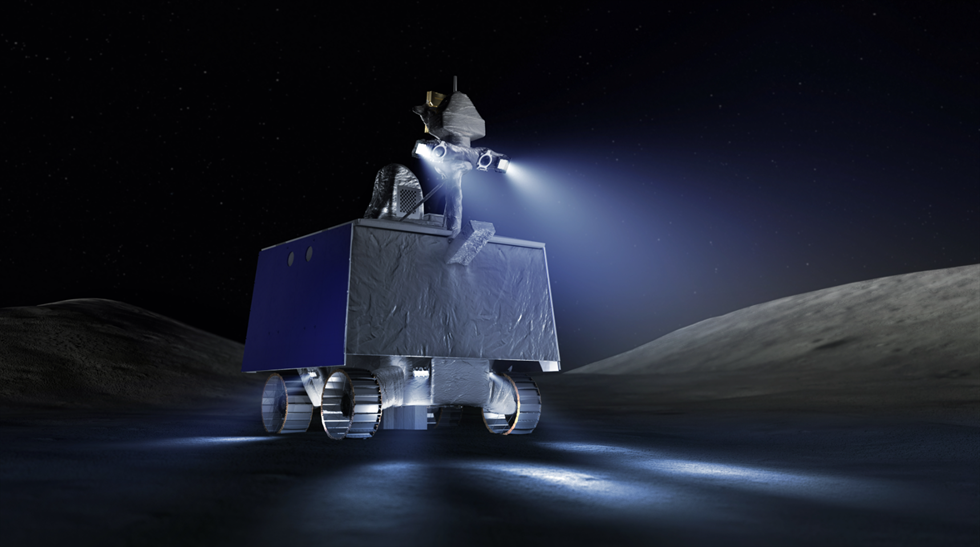 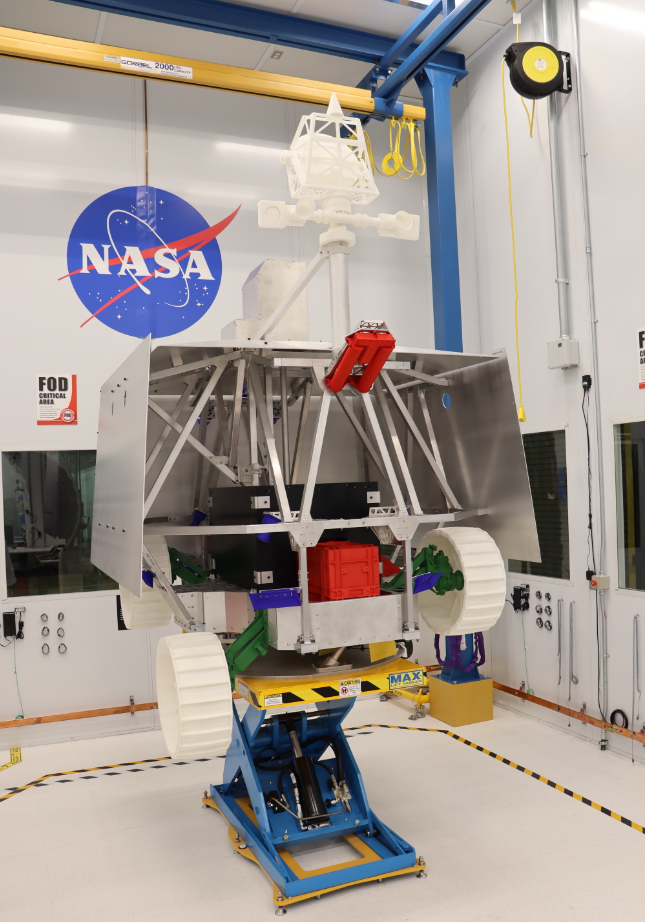