The mayor of Houston, Sylvester Turner, recently recognized team members from NASA's Johnson Space Center during a Public Service Recognition Ceremony, themed “36 years of Honoring Public Servants and Connecting Citizens with their Government.” Hosted by the Houston Federal Executive Board, the event recognized outstanding federal employees for their excellent work ethic in a variety of categories.

“I congratulate those who will be honored at the ceremony in the categories of administrative, customer service, community service, interagency collaboration, leadership, legal/law enforcement, supervisor/team leader, and teamwork,” Turner said, wishing them “great success in their professional and personal endeavors as they continue to inspire others.”

Without further ado, we offer our congratulations to these Johnson public servants.

As deputy chief of the Space Medicine Operations Division within the Human Health and Performance Directorate at Johnson, Files is responsible for both flight and mission-related medical support, as well as occupational health for the Center. As the COVID-19 vaccines began to come online, Files was asked to personally lead the center’s efforts to coordinate vaccine opportunities. He arranged for the JSC Medical Clinic to apply with the state of Texas to become a potential distribution point for the vaccines, with the intention of initially vaccinating JSC personnel, but potentially expanding to the community, if needed. He also worked quickly to form partnerships with other potential vaccine-distribution entities in the surrounding area, including the University of Texas Medical Branch, Houston Methodist Hospital, and the pharmacies of HEB and Kroger.

As the Interagency Operations liaison for human spaceflight at Johnson, Howorth has assumed responsibility for establishing relationships and enhancing cooperative operations between NASA and other government agencies to protect astronauts and enable the success of missions that support humans in space. He has collaborated with the U.S. Space Force to create opportunities for sharing of expertise between Space Force and NASA personnel. In keeping with the preservation of space as a safe environment for government and commercial partners, he collaborated with SpaceX, USSPACECOM, and multiple NASA centers to develop a joint spaceflight safety agreement that was released in 2021.

Corley is the lead of the Trajectory Operations and Planning Officer group in the Flight Operations Directorate at Johnson. His around-the-clock availability exhibits tremendous devotion to duty and a commitment to NASA’s mission, including the safety and success of the International Space Station program and her crews. His successful management practices have increased the efficiency of his team, increased training success to sustain the group, and fostered a high-performing team-oriented culture. 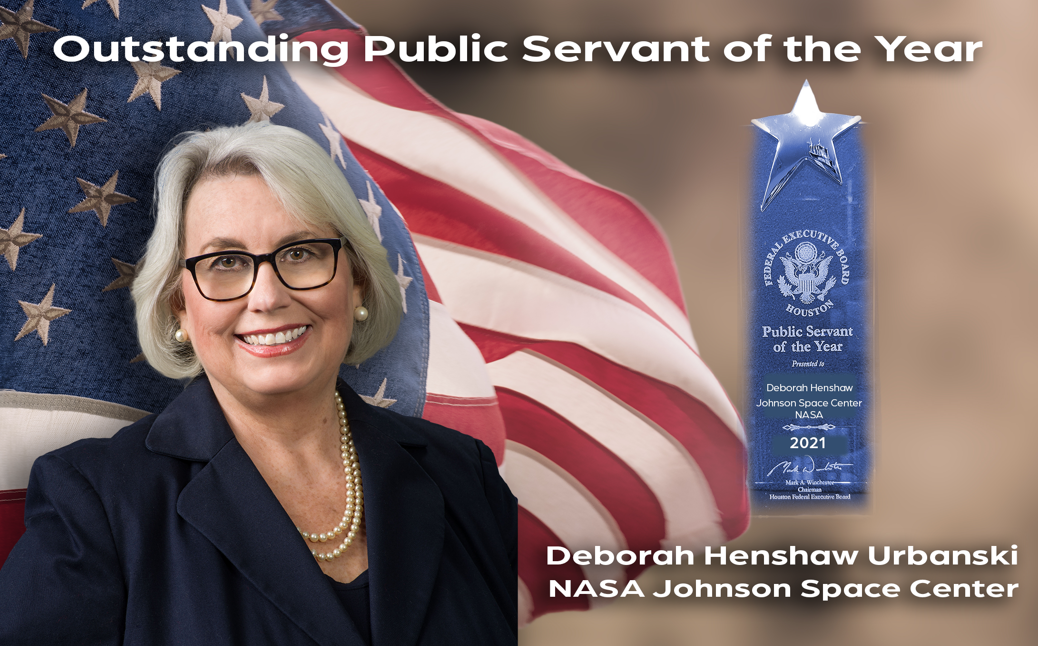 Urbanski has been the director of Johnsons’ Office of Diversity and Equal Opportunity (ODEO) since 2009. NASA regards Urbanski as an accomplished leader in her field. By her example, she has constructed a well-respected and trusted team within ODEO that positively influences and enables the NASA mission. To quote Urbanski from a recent profile, “A more diverse workforce leads to so many new and exciting ideas.”

Closing remarks for the recognition ceremony were offered by Johnson’s Bob Musgrove, who was also recognized for his dedicated service as the executive director of the Houston Federal Executive Board.

Fist bumps and virtual high-fives all around for this talented group, who are wonderful examples of what it means to serve the public and our agency! 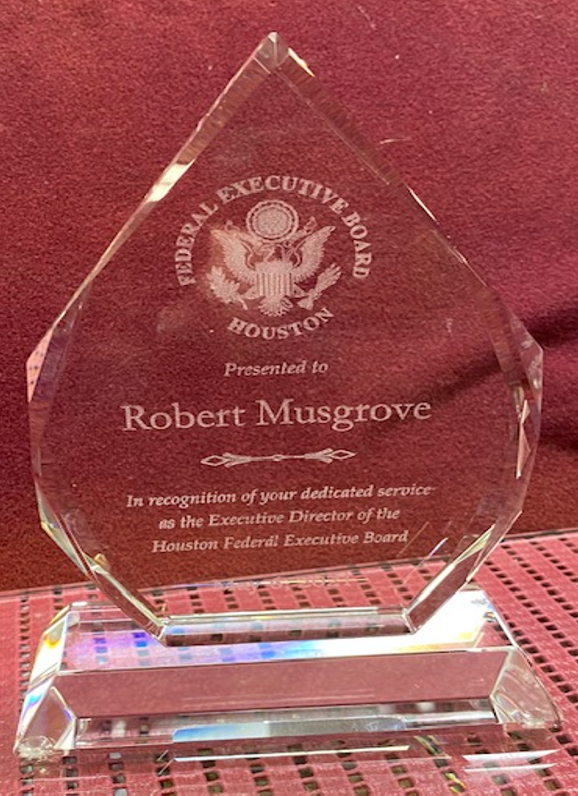 Johnson’s Bob Musgrove was also recognized for his dedicated service as the executive director of the Houston Federal Executive Board.
Previous Article
Next Article