The Gateway program is making progress toward establishing a sustainable lunar presence. Behind the scenes, women like Sharada Vitalpur and Lindsey Ingram are working hard to make the Gateway a reality while encouraging the next generation of explorers to pursue their passion and achieve success.

From satellites to Gateway, Sharada Vitalpur has come a long way to fulfill her dream. Born in India near Hassan, Karnataka, coincidentally the home of the Indian Space Research Organization Master Control Facility, which controls India’s satellites, Vitalpur was fascinated by its huge antennas. As a child, she would frequently visit the facility to gaze at the antennas pointing toward the satellite and wonder what was on the other side of the world.

In addition to her curious nature, Vitalpur was drawn toward math and applying it to solve complex scientific problems. This passion for math led her to pursue a bachelor’s degree and master’s degree in electrical engineering, specifically communication systems, from Purdue University in Indiana. Soon after graduation, she received an opportunity to move to Houston and work for NASA’s Johnson Space Center. Vitalpur’s first few years at Johnson included working on the analysis and modeling of space shuttle and International Space Station’s communication and tracking systems, then becoming Orion’s communication and tracking systems manager. Those first few years at Johnson further cemented her fascination for applying communications technology to the challenges of space exploration.

Communication is perhaps most critical in human spaceflight. As system manager for Gateway, Vitalpur ensures that the design, development, and performance of the different communication and tracking systems meet the needs of Gateway and Artemis missions. She also works with international partners to lead the development of the International Communication Systems Interoperability Standard. The standard ensures complete compatibility and interoperability between Gateway and other spacecraft, such as Orion and human landing systems, and Earth, enabling collaborative endeavors.

“I have worked with the Gateway program since its conception. Defining the architecture, capabilities and seeing it evolve to where we are actually building the systems gives me a tremendous amount of satisfaction,” Vitalpur said.

Beyond space exploration, Vitalpur is passionate about mentoring and working with children. She is actively involved in Destination Imagination, a global educational nonprofit that combines teamwork, creativity, and innovative problem solving using commonly available tools.

Vitalpur lives with her husband and two children in Houston. Before moving to Indiana for high school and college, Vitalpur and her family moved all around India and England. Her family always has placed a high value on education, and she strongly believes that it is the foundation for her success. Through her nonprofit work, she encourages young children to pursue their passions regardless of their gender or race. She serves as a role model inspiring the Artemis generation.

Meet Lindsey Ingram, (Acting) Deputy Manager and Manager for Program, Planning, and Control for the Habitation and Systems Development Office

Sometimes the path to success is determined not only by past experiences, but also by the people who shape those experiences. For Lindsey Ingram, it was her grandfather and the people she met at her first job who helped shape her career. Ingram earned a Bachelor of Science in industrial and systems engineering and a Master of Science in engineering management from the University of Alabama-Huntsville. Throughout her college years, Ingram worked as a cooperative education student in the automotive and chemical industries, thinking that was her future path. When one of her professors saw a job posting at NASA’s Marshall Space Flight Center in Huntsville, Alabama, and encouraged her to apply, she never dreamed that would be the start of a new career and passion for space exploration. One of the people she met at her new job at Marshall, now retired, remains her mentor even today.

Ingram fondly recalls her weekly phone calls with her grandfather, who died last year, about her work at NASA. Her grandfather worked on the construction of NASA’s Kennedy Space Center’s Launch Complex 39 in the 1960s. He is the reason she was over the Moon when she received an offer to work at NASA before her graduation.

Today, she is the acting deputy manager and also the manager for program, planning, and control for the Gateway’s Habitation and Systems Development Office. She leads all efforts related to habitation, including the Gateway program, the Next Space Technologies for Exploration Partnerships, or NextSTEP, Broad Agency Announcements, and future habitat work such as the foundational surface habitat and enhanced habitation capability.

“We all want to be part of the generation that puts the first woman and next man on the Moon, but for me it’s the part where we are learning how to better engage international and commercial partners and making sure we are doing things efficiently and effectively. This in turn makes sure we can be successful and get the next generation excited about NASA and space exploration,” Ingram said.

Curiosity and a sense of adventure go hand-in-hand with space exploration. Ingram enjoys traveling with her husband and exploring new places. One of her favorite things to do when traveling to a new country is to visit the local grocery stores and try what the locals eat. To her 2-year-old son and future space explorers, Ingram emphasizes the importance of avoiding self-imposed limits. Anyone who enjoys math or science, she said, can be part of the next generation of space explorers if they follow their passion.

This is the latest in a series of profile featuring the stellar team behind Gateway. To read the previous features, visit:

To learn more about the Gateway program, visit: 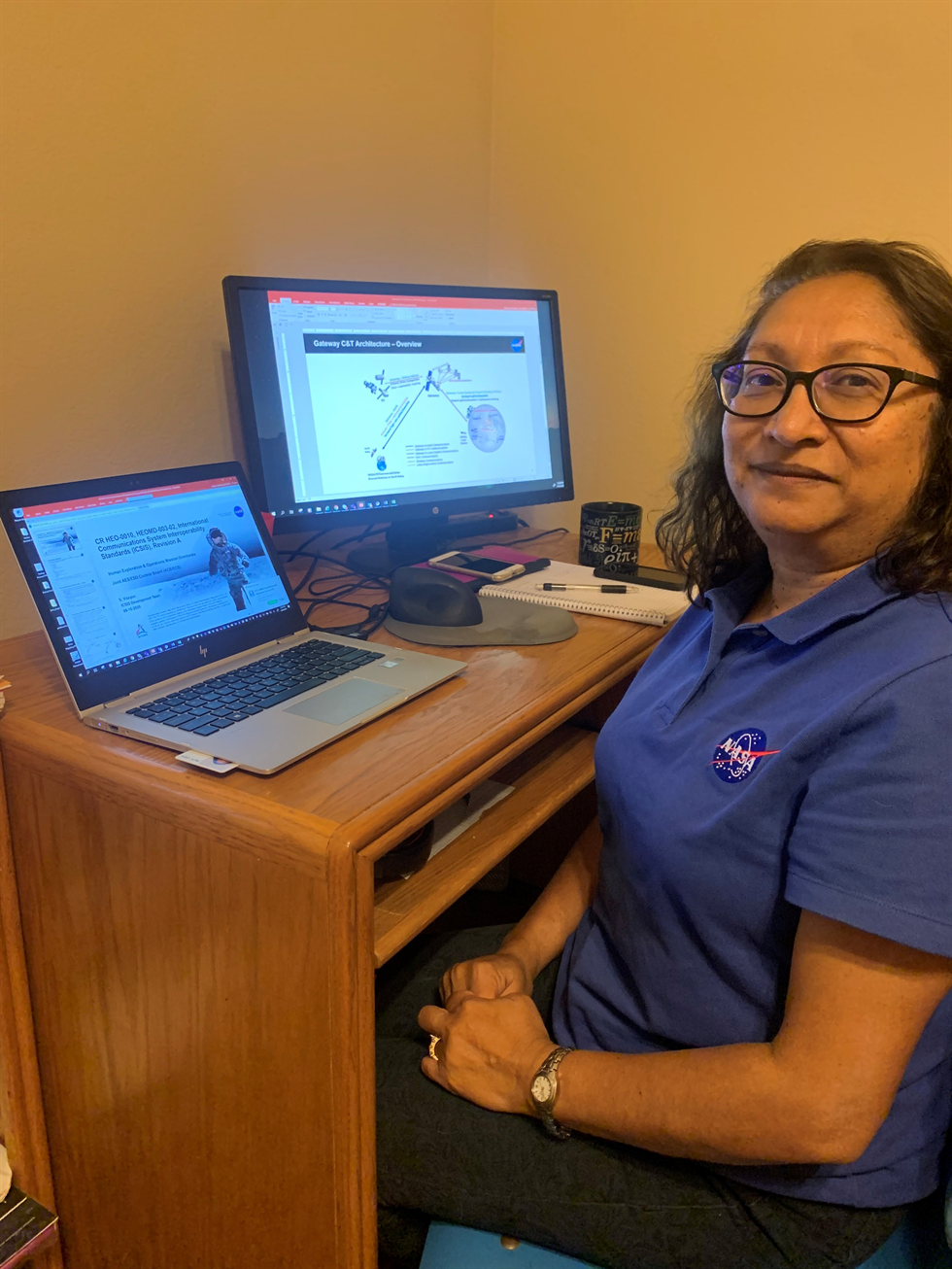 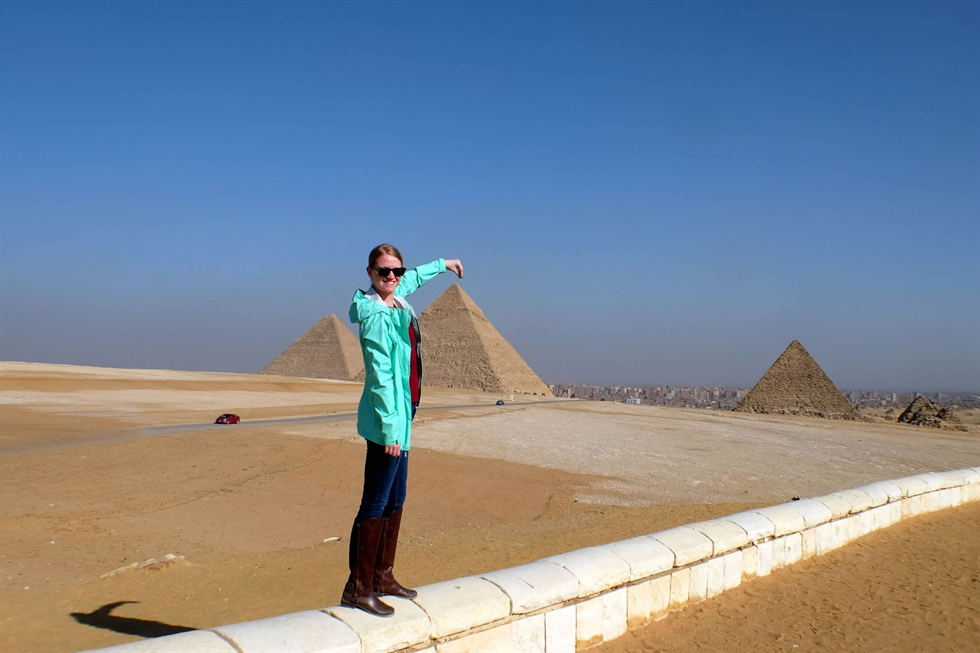