With the National Hurricane Center is monitoring an area for potential tropical cyclone development in the southwestern Gulf of Mexico in the coming days, now might be a good time to leave this article for your perusal. And, don't forget: Hold on to your hurricane planning a while longer. 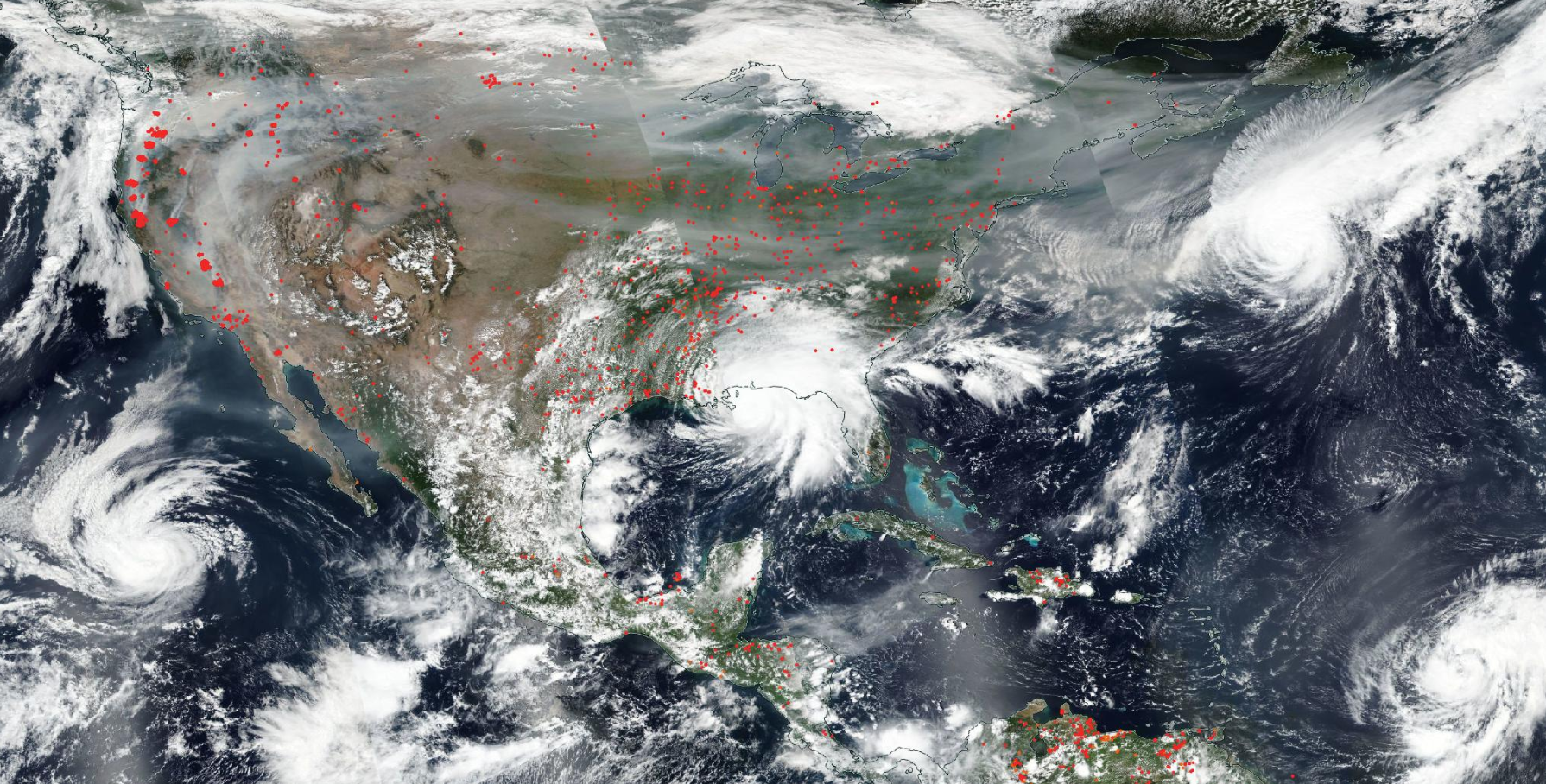 NASA’s Aqua satellite captured this true-color image of the United States on Sept. 15, 2020, showing the fires in the West, the smoke from those fires drifting over the country, several hurricanes converging from different angles, and Hurricane Sally making landfall. Red points in the west note areas that are significantly higher in temperature than the areas around it and are indicative of fires. These points are most pronounced up and down the West Coast, but dot the country from coast-to-coast as well. In addition, in this image are captured four hurricanes/tropical storms in both the East and the West. On the left hand side is Karina, which is moving away from the Baja California area. Hurricane Sally, seen in the middle of the image, made landfall overnight on the Gulf Coast, bringing catastrophic flooding in its wake. Hurricane Paulette sits off the East Coast near Bermuda with winds of 74 mph, although no landmasses are threatened. Hurricane Teddy, in the lower right-hand corner, is east of the Leeward Islands and also has sustained winds of 74 mph — traveling west-northwest. Satellite images are generated every single day — in fact, multiple times from multiple satellites — but it is still very unusual to capture an image of so many hazards in one image.

For more than five decades, NASA has used the vantage point of space to understand and explore our home planet, improve lives, and safeguard our future. NASA brings together technology, science, and unique global Earth observations to provide societal benefits and strengthen our nation. Advancing knowledge of our home planet contributes directly to America’s leadership in space and scientific exploration.