HAS Alumni: From Participants to Summer 2019 Mentors

HAS Alumni: From Participants to Summer 2019 Mentors

For six NASA employees, the journey to their dream job began when they were just high school students interested in High School Aerospace Scholar (HAS), an extracurricular NASA program for high school Juniors in Texas that is, this year, celebrating its 20th year inspiring and educating youth. Now they volunteer as mentors for the program where they got their start.

For Laura Sarmiento, it all started when she heard about HAS from one of her friends just two days before the deadline while attending James E. Taylor High School in Katy, Texas. After participating in HAS in 2001, Sarmiento went to college at the University of Texas at Austin, majoring in neurobiology and minoring in psychology. Now, she’s a flight project manager implementing the human research experiments that are chosen to go on the International Space Station. Sarmiento is also working on a master’s degree, majoring in psychology with a concentration in behavioral neuroscience, at the University of Houston-Clear Lake.

For Jessica Breeden, it all started when she was a Girl Scout while attending Plano Senior High School in Plano, Texas, and read about HAS in the scout newsletter. After participating in HAS in 2002, Breeden went to college at Texas A&M University, majoring in aerospace engineering. She also participated in the co-op program, which allows students to experience NASA careers through internships. Now, she’s a safety operations engineer for NASA, where she plays a critical role reviewing all procedures that the crew and the ground team use for space station operations.For William Walker, it all started when he heard about HAS from his high school physics teacher while attending school at Canyon High School in New Braunfels, Texas. After participating in HAS in 2007, Walker earned his bachelor’s degree in mechanical engineering from Texas A&M University and a doctorate in materials science and engineering from the University of Houston, experiencing NASA careers through internships. Walker is now at NASA full-time, working on thermal testing and analysis of lithium ion batteries with a special focus on safety and thermal runaway.For Hannah Bradley, it all started when her mom encouraged her to apply after finding a flyer from her chemistry teacher while attending school at Angleton High School in Angleton, Texas. After participating in HAS in 2005, Bradley went to the University of Texas at Austin, majoring in mechanical engineering, and experienced NASA careers through internships. Now she’s the subsystem manager for the International Space Station windows and a structural window subject-matter expert.For Peter Schulte, it all started when he heard about HAS on the announcements at school while attending Stephen F. Austin High School in Sugar Land, Texas. After participating in HAS in 2007, Schulte studied aerospace engineering, earning his bachelor’s at the University of Texas at Austin and his master’s and doctorate at the Georgia Institute of Technology. He, too, experienced the space industry through internships at NASA and with commercial partners. Now, Schulte is a Guidance, Navigation and Control systems engineer for the Orion program, ensuring various teams and software all work well together for the deep space vehicle.For Christina Dillon, it all started when her dad told her about the HAS program because of her interest in space while attending William P. Clements High School in Sugar Land, Texas. After participating in HAS in 2010, Dillon went to the University of Houston, majoring in aerospace engineering and minoring in mathematics, and she experienced NASA careers through internships throughout college. Now she’s a certified analyst and flight controller in training in the Environmental and Thermal Operating Systems Group for the International Space Station Program, supporting mission control.These men and women were able to start learning many of the necessary skills for their future jobs at NASA—all while meeting some amazing people during HAS and making memories of a lifetime. “It is hard to pick one,” Breeden said when asked about her favorite HAS experience. “The tours were eye-opening, working with NASA employees was awesome and doing the team competition was amazing.”Bradley can recall one specific experience that impacted her. She was able to watch the broadcast of the return to flight launch during her HAS week after the loss of Columbia and her crew.“In that moment, seeing the emotion of all the employees in the room who had worked so hard to get the shuttles back flying, I decided I wanted to be an engineer and work for NASA,” Bradley said. “Prior to that moment, I was planning to get an art degree, so to say HAS changed my life is almost an understatement.”Dillon agrees that HAS was vital to her career planning as well. “This program helped me solidify my decision to want to work for NASA one day, and now I am!” Just as today’s NASA programs are built on the lessons learned during the Apollo and Shuttle eras, it’s important for future generations to stand on the shoulders of those who came before them. Even to this day, these alums have not left HAS. They now volunteer for HAS and other mentorship programs, giving back to the kids they used to be. In fact, they recommend this experience every time they get a chance. Whether you’re a student looking for a potential STEM career or a NASA employee who wants to volunteer, HAS is for you.Schulte said it’s an investment well worth your time and energy. “This program has the opportunity to change the trajectory of a student’s life,” he said. “Your passion needs to be shared with the next generation.”Sarmiento points out it can also help you in your career. “This program is so rewarding, because you get to inspire and be inspired by these amazing students,” Sarmiento said. “I am continuously impressed with the caliber of students, and they continue to help motivate and excite me about my job and the future of NASA.”Last, Walker urges you not to wait to get involved in HAS. “It’s worth it. Get out there and help,” Walker said.HAS offers a one-of-a-kind experience for Texas high school students to explore the possibilities of a science, technology, engineering and mathematics (STEM)-related major or career. The adventure starts in the fall, with an online course that culminates—for students who earn the opportunity—with an on-site summer experience at NASA's Johnson Space Center.If you or someone you know is interested in HAS, you can learn more about the program at has.aerospacescholars.org. 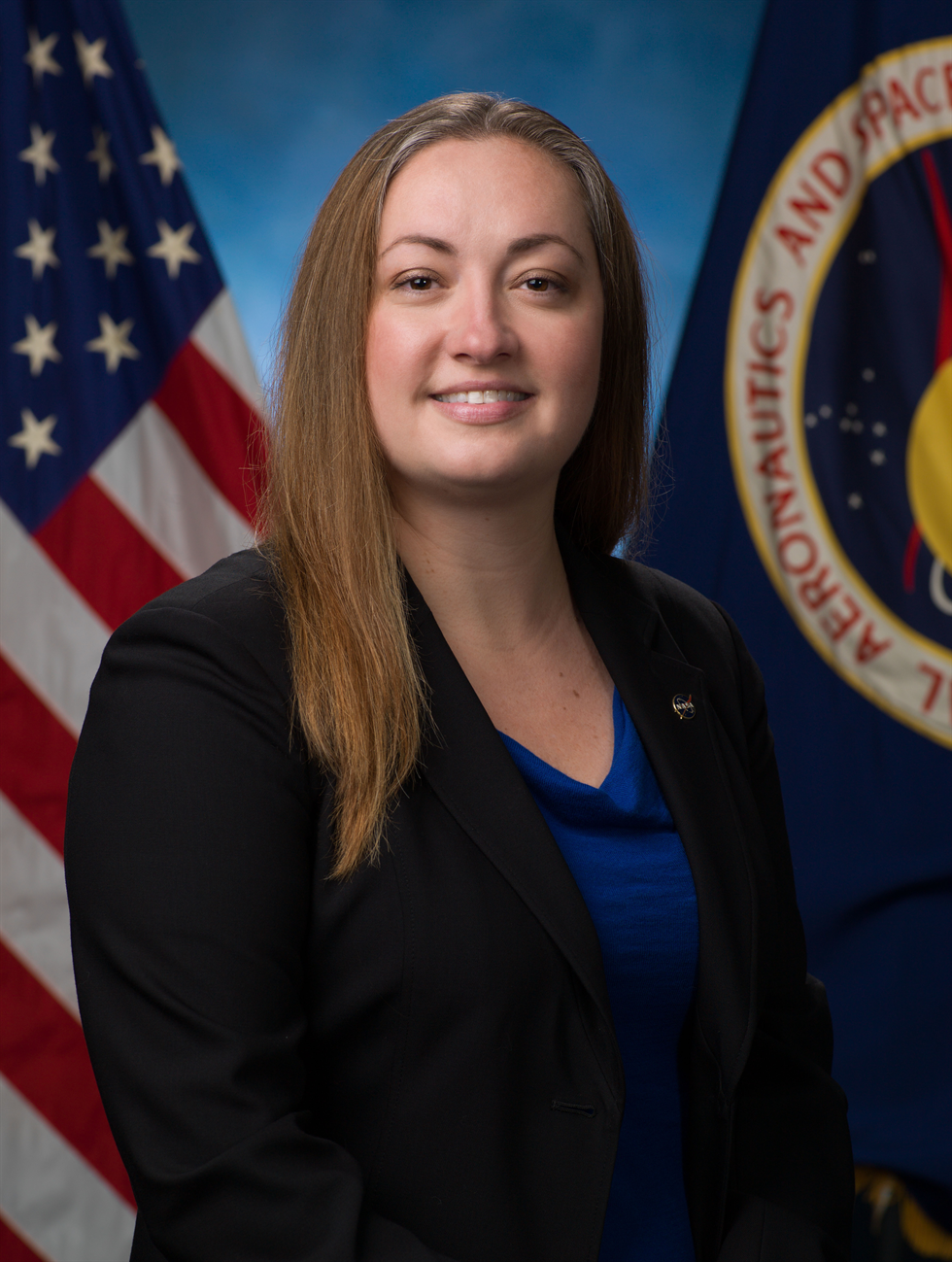 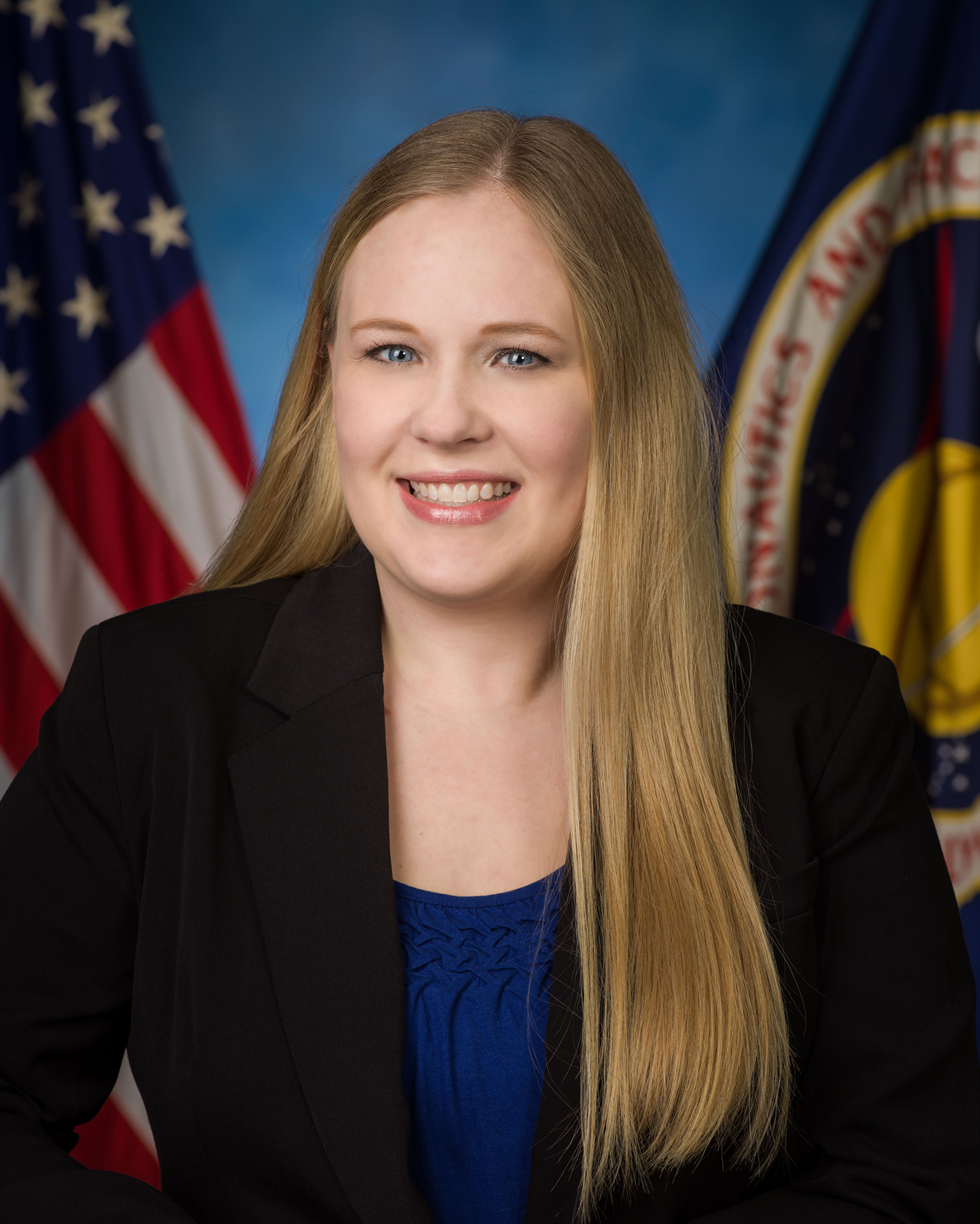 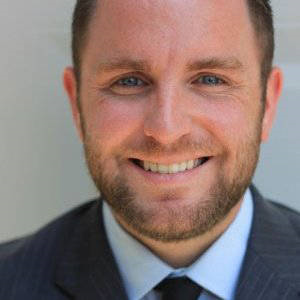 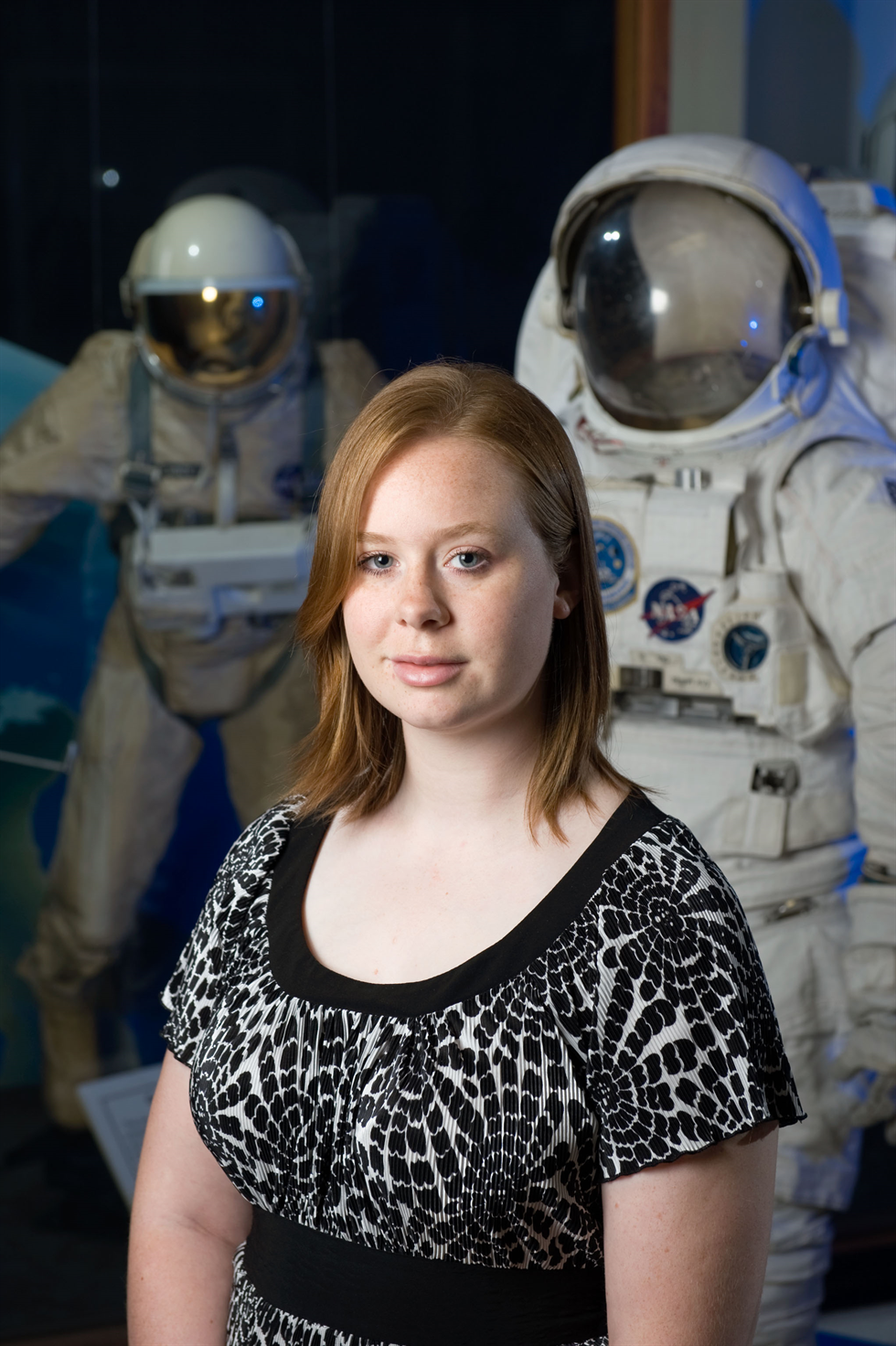 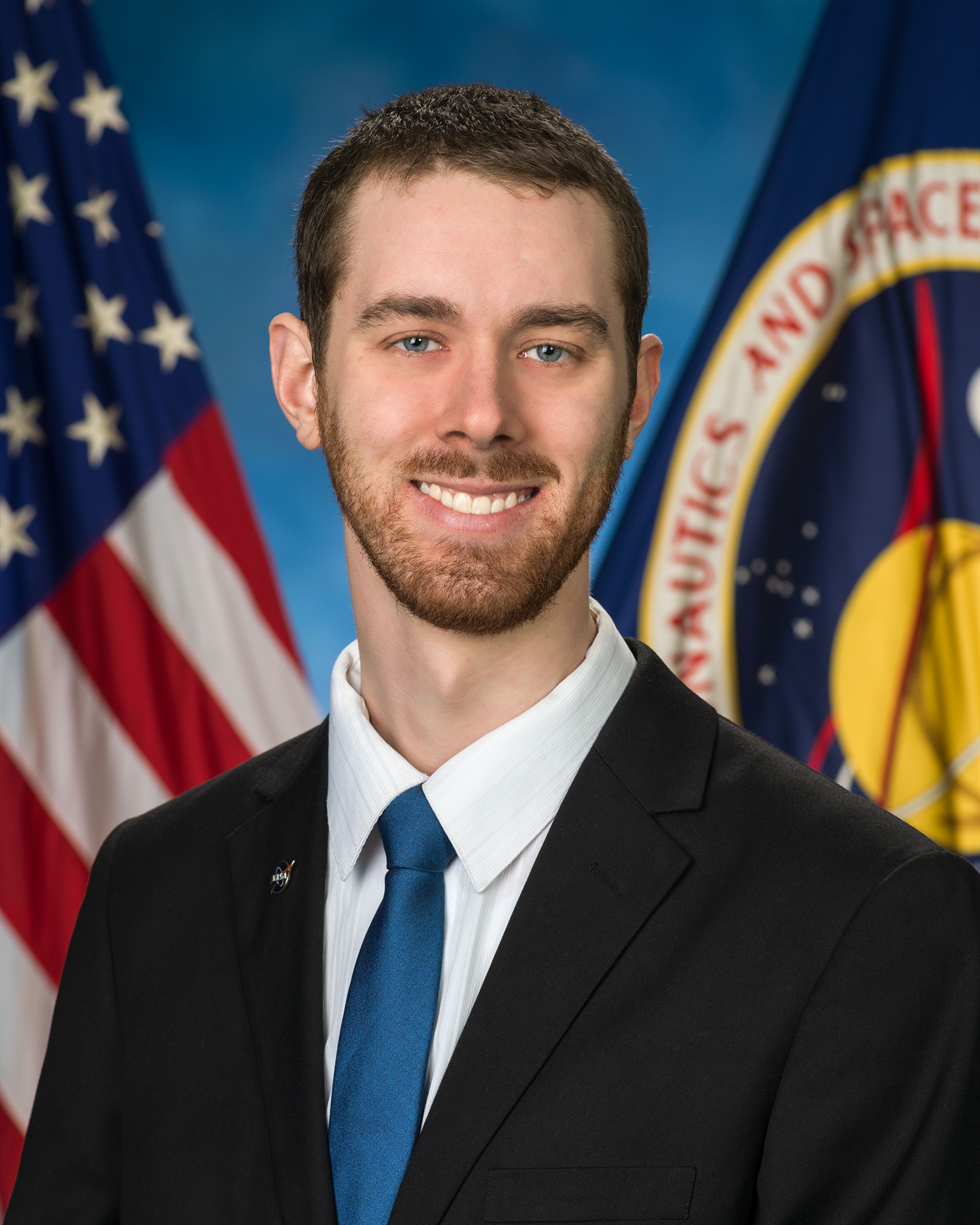 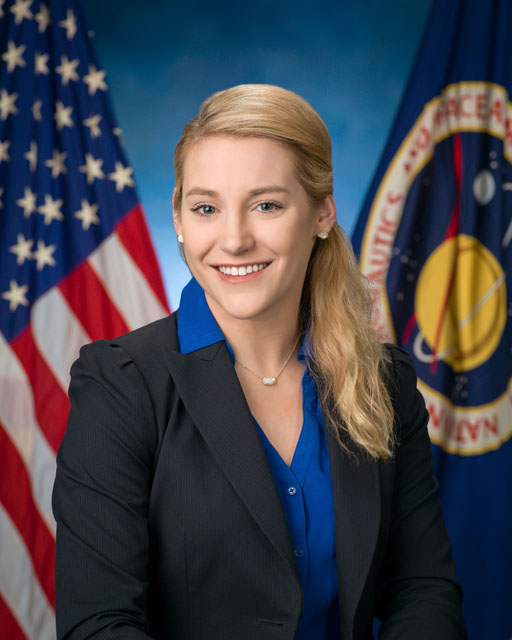