A Home for a Habitat

A Home for a Habitat

One of the next stops in NASA’s quest to refine requirements for a U.S. habitat module perfect for deep space exploration is happening right here at NASA’s Johnson Space Center.

Northrop Grumman’s prototype, which was developed through the Next Space Technologies for Exploration Partnerships (NextSTEP) program, was trucked to the Space Vehicle Mockup Facility last week. Now at home in the behemoth training facility, the habitat will soon be put to the test by Johnson engineers and astronauts. The mock habitat module is equipped with an airlock and other elements that could eventually be part of NASA’s next orbital outpost.

Northrop Grumman is one of two companies whose prototypes will be tested at Johnson. The first round of verification for Northrop Grumman’s NextSTEP hab is slated for the end of April/early May timeframe.

Sierra Nevada Corporation's own prototype will arrive a bit later and be evaluated at Johnson during the simmering summer months. 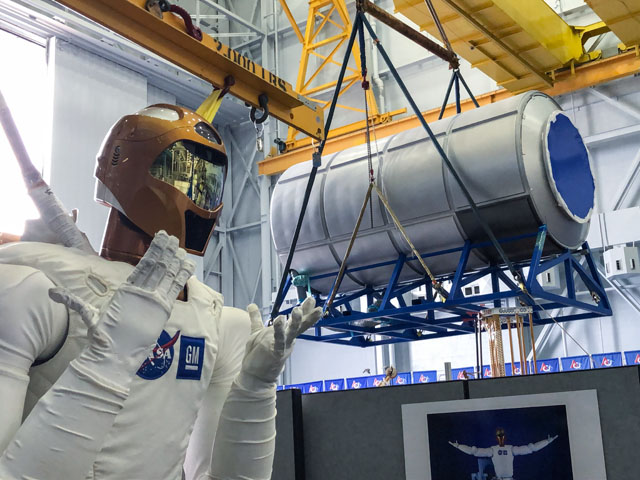 Enjoy more photos from the NextSTEP hab's travels and setup in the Space Vehicle Mockup Facility below.