This is a continuation of parts I and II, which you can read here and here.

During the first five days of its mission, the Apollo 9 crew of Commander James A. McDivitt, Command Module Pilot David R. Scott and Lunar Module (LM) Pilot Russell L. Schweickart was extremely busy. Mission planners had designed the flight so that the most important objective of the 10-day mission—the first in-orbit crewed test of the LM—could be accomplished even if the flight had to be cut short.

Once that goal was successfully met and the LM was jettisoned, the pace of activities slowed somewhat starting on Flight Day (FD) 6. Recalling the busy first few days, McDivitt called down to thank the mission control team for all their great work.

“We’ve got the world’s greatest set of controllers,” McDivitt said, and added jokingly about the overall performance of the team and the space vehicles, “Might give you the impression that it might work, huh?”

The first major spacecraft system task of FD6 was the sixth firing of the Service Propulsion System (SPS) engine. This brief one-and-a-half-second burn lowered the low point of Command Module Gumdrop’s orbit to enhance a back-up capability to use the Reaction Control System (RCS) thrusters for the deorbit burn at the end of the mission should a problem arise with the SPS.

Shortly after this burn, the crew set up the one formal scientific investigation of their mission: Experiment S065 Multispectral Terrain Photography. The investigation was comprised of a cluster of four Hasselblad 70mm cameras pointed out the Command Module’s round hatch window, which would provide photographs taken simultaneously in four specific portions of the visible and near-infrared spectrum. One of the major objectives was to see whether this type of photography could be effectively applied to Earth resource programs such as agriculture, forestry, geology, oceanography, hydrology and geography. The experiment served as a precursor for the Earth Resources Technology Satellite, later renamed Landsat, and for multispectral photography conducted aboard the Skylab space station in the early 1970s. During the first pass of the experiment, photographs were taken from the coast of California to El Paso, Texas, and a shorter series over Houston.

During the next four days, the astronauts continued observations with the S065 camera system, making passes over the southern United States, parts of Mexico, the Atlantic Caribbean and Cape Verde Islands. By the end of the mission, they exposed 127 complete four-frame sets with the experiment. Following postflight analysis of the images, Edward Yost of Long Island University, co-investigator for the experiment, summarized the outcome with, “From a scientific standpoint, the results have been impressive.”

The crew also took 1,100 Earth-observation images of targets around the world using color and color-infrared film and a handheld Hasselblad camera.

On FD8, the crew completed the seventh SPS burn, a 25-second firing that would establish the proper trajectory for the deorbit burn and also optimize an RCS capability for one revolution after the nominal deorbit. The next day, the astronauts made observations using their spacecraft’s optical device of the large Pegasus 3 satellite, in orbit since July 30, 1965, as it passed within 1,000 miles and 700 miles of Apollo 9 during two successive orbits. They also observed the LM ascent stage from about 700 miles away. On FD10, mission control decided to delay their splashdown the next day by one revolution due to expected inclement weather at the planned time.

On March 13, 1969, after 151 revolutions around Earth and while passing over Hawaii, the crew fired the SPS engine for the eighth and final time. Lasting just under 12 seconds, the burn brought Apollo 9 out of orbit. Gumdrop separated from the Service Module and pointed its heat shield in the direction of flight. During re-entry, the heat shield reached a maximum of 2,700 degrees Fahrenheit, but inside the capsule, the crew remained at room temperature. A sheath of ionized gas formed around the capsule, and the rapid deceleration led to a four-minute radio blackout, after which the drogue parachutes deployed. The three main parachutes opened at 10,000 feet altitude, slowing the spacecraft to about 22 mph at splashdown.

The splashdown point in the Atlantic Ocean was about 670 miles south-southwest of Bermuda and about three miles from the prime recovery ship USS Guadalcanal. The total mission duration since launch was 241 hours and 54 seconds. Forty-nine minutes after splashdown, the crew was aboard the recovery ship and soon partaking in a 350-pound cake baked in their honor.

The next day, a helicopter flew the crewmates to Eleuthera in the Bahamas, where they boarded a plane bound for NASA’s Kennedy Space Center for a brief ceremony—and then back to Houston for a large welcome home reception and reunion with their families.

Gumdrop was removed from the Guadalcanal in Norfolk, Virginia, and flown to Long Beach, California—then trucked to the North American Rockwell plant in Downey for postflight inspection. It is currently on display at the San Diego Air and Space Museum.

The successful Apollo 9 mission, the most complex crewed space mission flown up until that time, brought the Moon landing one step closer. The next step on the path to the Moon would test the LM in lunar orbit. While Apollo 9 was in space, NASA rolled out the Saturn V rocket for that mission—Apollo 10—set to fly in May.

In conjunction with the Apollo 9 splashdown, NASA conducted a simulation of recovery operations for astronauts returning from a lunar mission. NASA Flight Surgeon Dr. William Carpentier, Project Engineer John Hirasaki and three astronaut stand-ins—Paul Kruppenbarcher, Texas Ward and Arthur Lizza—spent 10 days inside a Mobile Quarantine Facility (MQF), a modified Airstream trailer designed to temporarily house astronauts returning from the Moon. The three astronaut surrogates began the simulation by entering a mock-up Command Module that was placed in the ocean and recovered as if returning from a space mission. The trio donned Biological Isolation Garments, meant to prevent contamination of Earth by any possible lunar organisms. Once aboard the Guadalcanal, the three, accompanied by Carpentier and Hirasaki, entered the MQF for four days, where the just-recovered Apollo 9 crew visited them through the window of the trailer. The five stayed inside the MQF, except for the short time it was transferred from the Guadalcanal to a waiting transport aircraft at Norfolk Naval Air Station and flown back to Houston. After offloading, the MQF and its five inhabitants were transferred to the Lunar Receiving Laboratory at the MSC to begin a simulated quarantine. Overall, the exercise proved out the procedures for the activities to take place after the first lunar-landing mission.

Read McDivitt and Schweickart’s recollections of the Apollo 9 mission in their oral histories with the Johnson Space Center History Office. 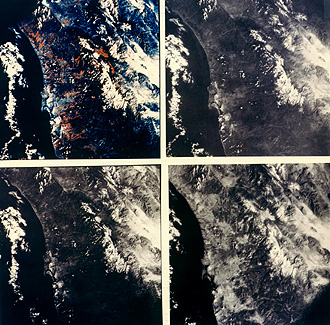 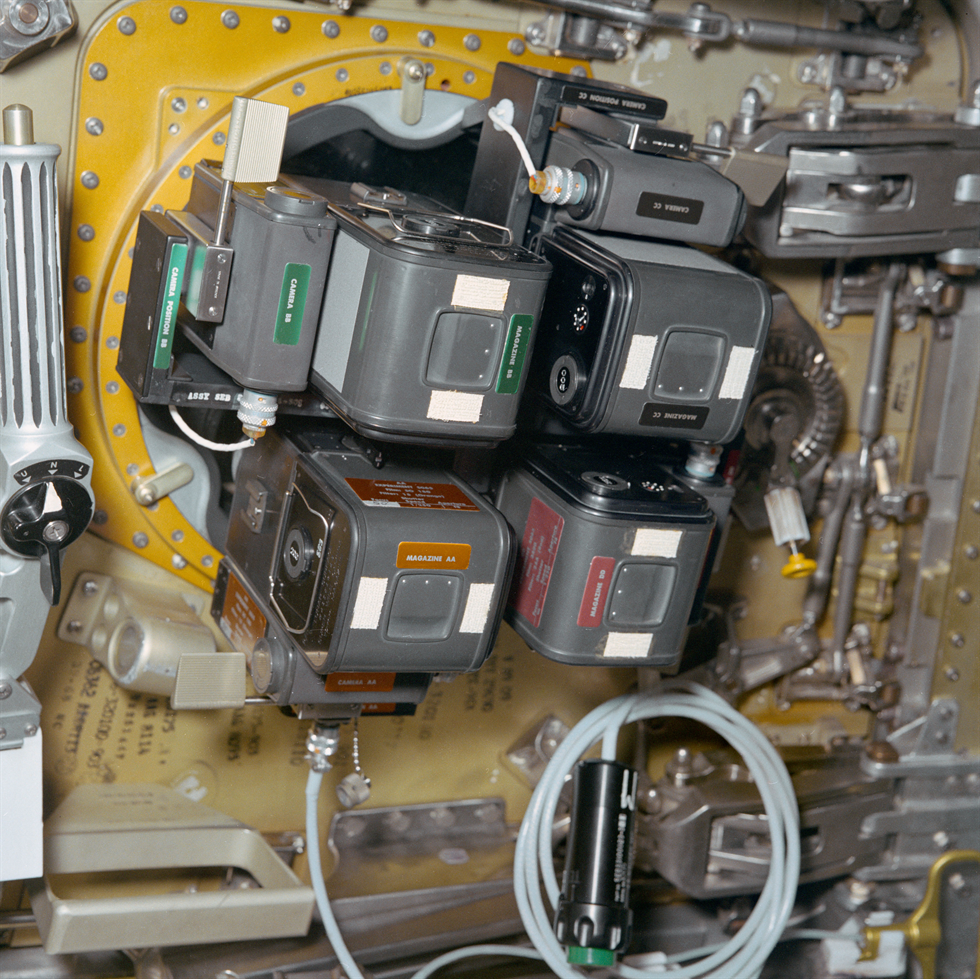