The largest and most complex international construction project in space began on the steppes of Kazakhstan 20 years ago today. On Nov. 20, 1998, atop its Proton rocket, the Zarya Functional Cargo Block thundered off the launch pad at the Baikonur Cosmodrome into cold, wintry skies.

Zarya was built by the Khrunichev in Moscow and served as a temporary control module for the nascent International Space Station. Nine minutes later, Zarya was in orbit and began unfurling its antennas and solar panels, seemingly coming alive in the airless environment of low-Earth orbit. The launch of the space station’s first element kicked off an incredible journey of orbital assembly, operations and science.

The International Space Station Program can trace its roots back to 1984, when President Ronald W. Reagan proposed that the United Stated develop an Earth-orbiting space station. The United States invited Canada, Japan and ESA (European Space Agency) to join the project in 1988. Five years later, President Bill Clinton invited Russia to join the partnership. Russia not only brought its many years of experience with long-duration human spaceflight to the program, but also modules for the planned Mir 2 space station. The former adversaries on Earth were now working together to build the largest laboratory in space. 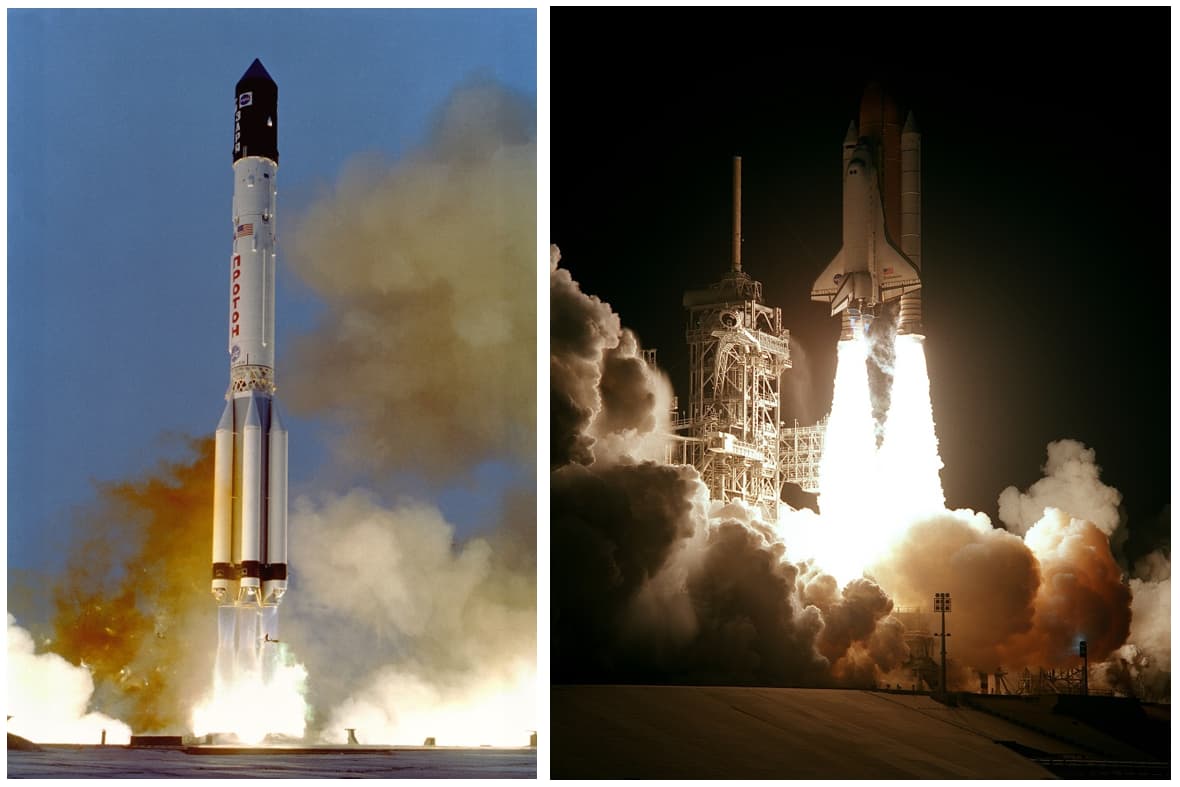 Left: Launch of the Zarya Functional Cargo Block from the Baikonur Cosmodrome. Right: Launch of Space Shuttle Endeavour from the Kennedy Space Center on the STS-88 mission to deliver the Unity Node 1 module. Image Credits: NASA

On Dec. 4, Space Shuttle Endeavour roared off Launch Complex 39A at NASA’s Kennedy Space Center in Florida for STS-88, carrying the Unity Node 1 module in its cargo bay. Built by The Boeing Corporation at a facility at NASA’s Marshall Space Flight Center in Huntsville, Alabama, Unity was the first American component of the orbiting laboratory. Two days after launch, Endeavour and her six-person crew rendezvoused with Zarya and, using the Shuttle’s robotic arm, captured the Russian module and mated it with Unity. Designed and built by engineers thousands of miles apart—who had never joined together on Earth—the first two modules of the station fit perfectly together when they met in space. The STS-88 crew spent the next few days making connections between the two modules before releasing the newly formed, but still embryonic, space station. This marked the first step in assembly for the budding laboratory, which continued for 13 more years.

Left: Zarya as seen from the approaching Space Shuttle Atlantis during the STS-88 mission. Right: Zarya is mated with Unity in the shuttle’s cargo bay, and astronauts make connections between the two modules outside. Image Credits: NASA

By late 2000, the space station was ready to receive its first long-duration residents. On Oct. 31, the Expedition 1 crew of William M. Shepard, Sergey K. Krikalev and Yuri P. Gidzenko blasted off from Baikonur and docked with station two days later. Since that day, international teams of astronauts and cosmonauts have kept the laboratory permanently occupied, performing routine operations and maintenance—including dozens of spacewalks—and conducting research in a wide array of scientific disciplines.

Today, the space station is the largest space vehicle ever built and a one-of-a-kind microgravity laboratory for scientific and medical research. Including its solar arrays, the structure as large as a football field. The habitable volume, including inside the various international modules, is larger than a six-bedroom house.

Since November 2000, more than 230 individuals from 18 countries have visited station. As a laboratory, it has hosted more than 2,500 scientific investigations from more than 100 contributing countries.

For more on the International Space Station, visit: https://www.nasa.gov/mission_pages/station/main/index.html

To see the space station fly overhead from where you live or work, visit: https://spotthestation.nasa.gov/ 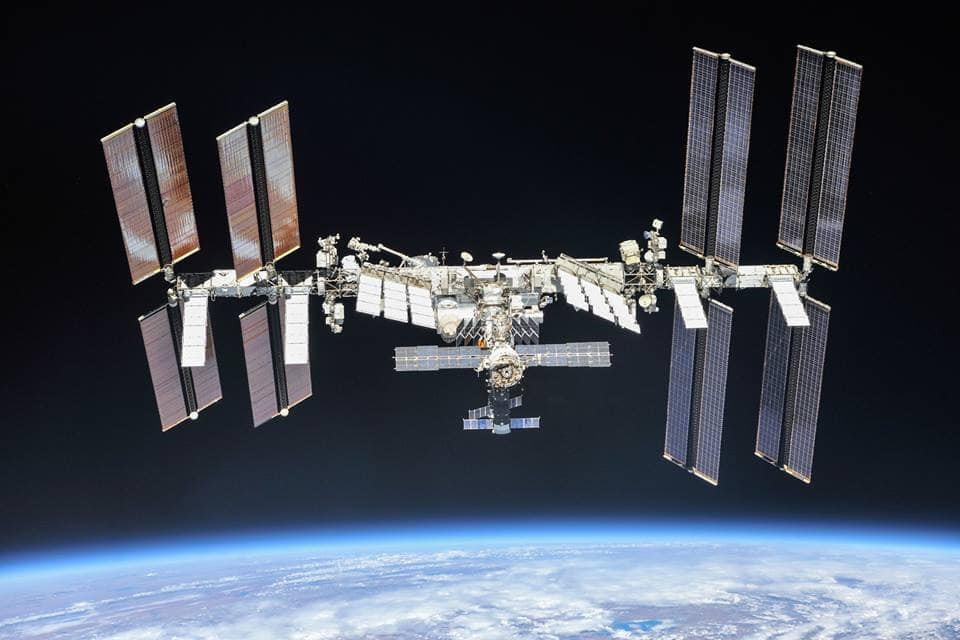 The International Space Station as it appears in 2018. Zarya is visible at the center of the complex, identifiable by its partially retracted solar arrays. Image Credit: NASA
Previous Article
Next Article