On Nov. 6, the powerhouse that will help NASA’s Orion spacecraft venture beyond the Moon arrived on American soil from Germany at NASA’s Kennedy Space Center. The European-built service module that will propel, power and cool Orion during flight to the Moon on Exploration Mission-1 now begins its next chapter in NASA’s exploration odyssey.

The service module is integral to human missions to the Moon and Mars. After Orion launches on top of the agency’s Space Launch System (SLS) rocket, the service module will be responsible for in-space maneuvering throughout the mission, including course corrections. The service module will also provide the powerful burns to insert Orion into lunar orbit, and again to get out of lunar orbit and return to Earth. It is provided by ESA (European Space Agency) and built by ESA’s prime contractor Airbus of Bremen, Germany. NASA’s prime contractor for Orion, Lockheed Martin, built the crew module and other spacecraft elements.

“We have a strong foundation of cooperation with ESA through the International Space Station partnership, and the arrival of the service module signifies that our international collaboration extends to our deep space human exploration efforts as well,” said Bill Gerstenmaier, NASA’s associate administrator for Human Exploration and Operations.

The European-built service module brings together new technology and lightweight materials while taking advantage of spaceflight-proven hardware. It is comprised of more than 20,000 components, including four solar array wings that provide enough electricity to power two three-bedroom homes, as well as an orbital maneuvering system engine, a recently refurbished engine previously used for in-orbit control by the space shuttle. Beginning with Exploration Mission-2, the module also will provide air and water for astronauts flying inside Orion, which will carry people to destinations farther than anyone has travelled before and return them safely to Earth.

“Our teams have worked together incredibly hard to develop a service module that will make missions to the Moon and beyond a reality,” said Mark Kirasich, NASA’s Orion program manager. “It is quite an accomplishment of ESA and Airbus to have completed the developmental work on the module and have this major delivery milestone behind us.”

At Kennedy, the service module will undergo a host of tests and integration work ahead of Exploration Mission-1. Engineers will complete functional checkouts to ensure all elements are working properly before it is connected to the Orion crew module. Teams will weld together fluid lines to route gases and fuel and make electrical wiring connections. The service module and crew module will be mated, and the combined spacecraft will be sent to NASA’s Glenn Research Center’s Plum Brook Station in Ohio early next year, where it will undergo 60 days of continuous testing in the world’s largest thermal vacuum chamber to ensure Orion can withstand the harsh environment of deep space. Once that testing is complete, it will return to Kennedy for integration with the SLS rocket in preparation for launch.

NASA is leading the next steps to establish a permanent human presence at the Moon, and Exploration Mission-1 is the first in a series of increasingly complex missions that will launch an uncrewed Orion spacecraft and SLS rocket from NASA’s modernized spaceport at Kennedy. The mission will send Orion 40,000 miles beyond the Moon and back and pave the road for future missions with astronauts.

Together, NASA and its partners will build the infrastructure needed to explore the Moon for decades to come while laying the groundwork for future missions to Mars. 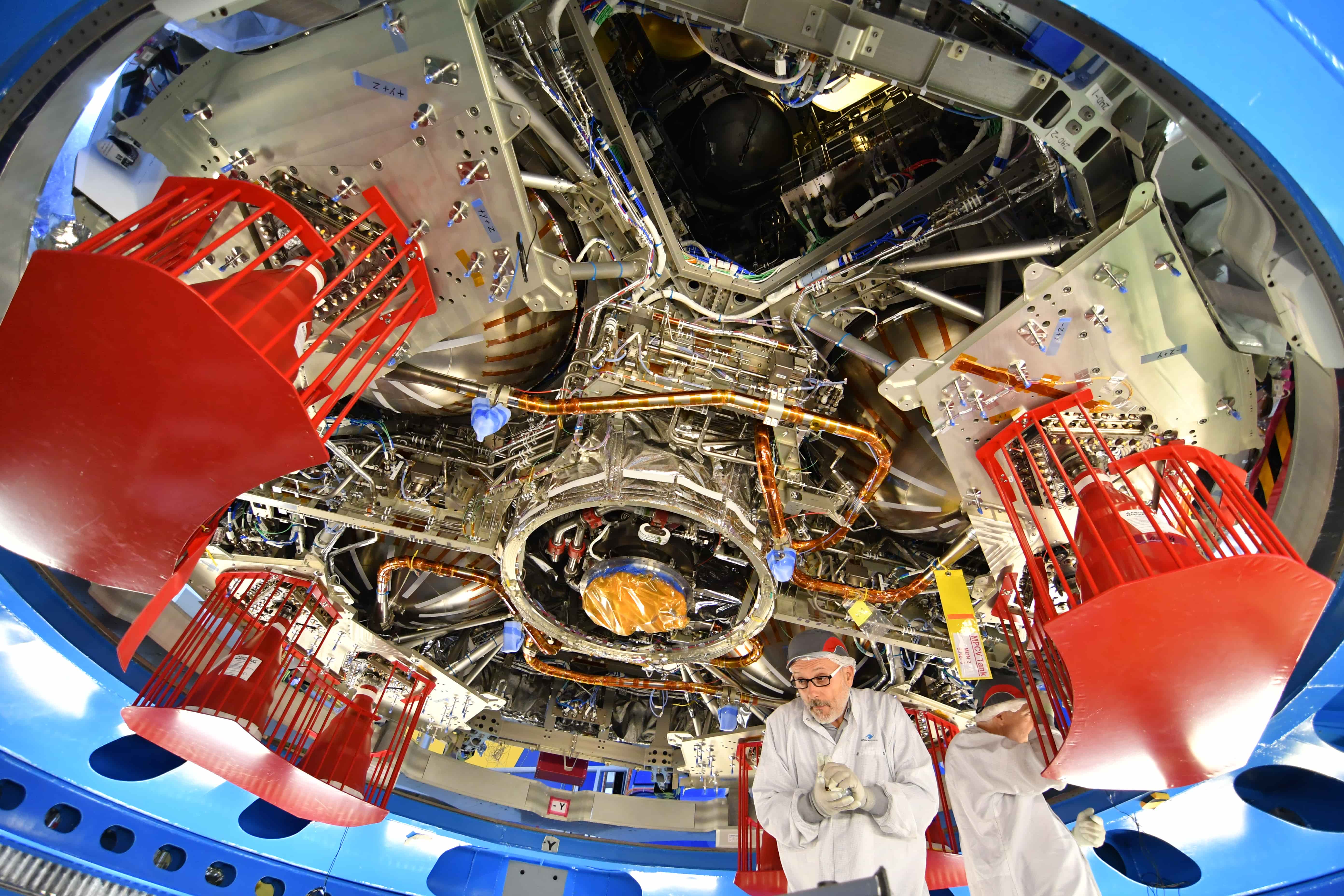 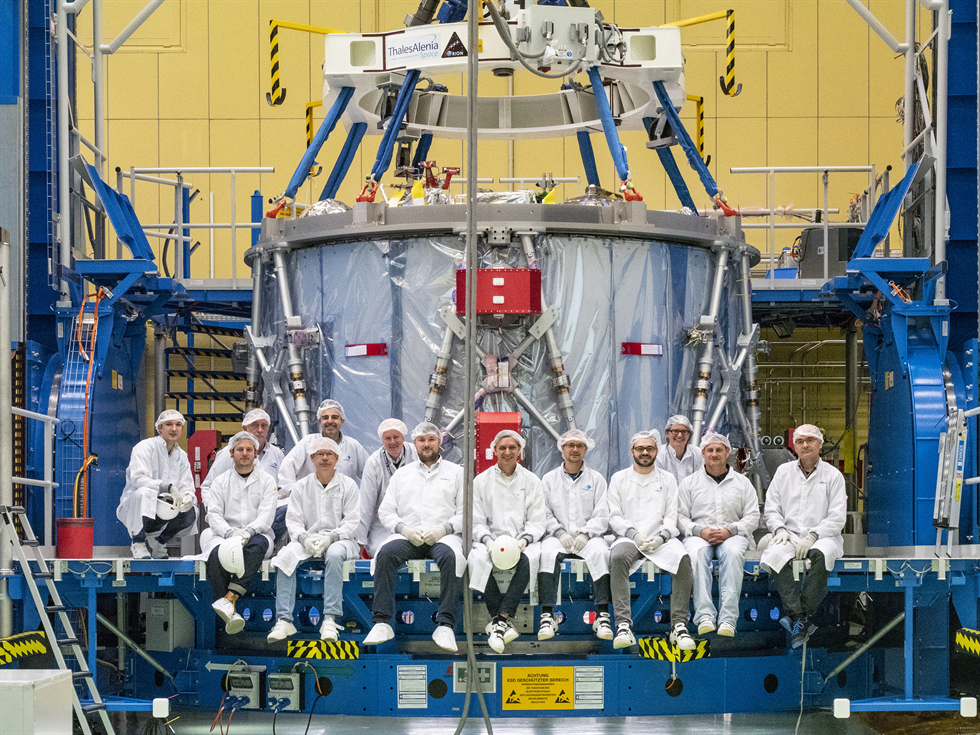 The Airbus team poses with the European Service Module during preparations for shipment to NASA’s Kennedy Space Center. For the first time, NASA will use a European-built system as a critical element to power an American spacecraft, extending the international cooperation of the International Space Station into deep space. Image Credit: NASA/Rad Sinyak 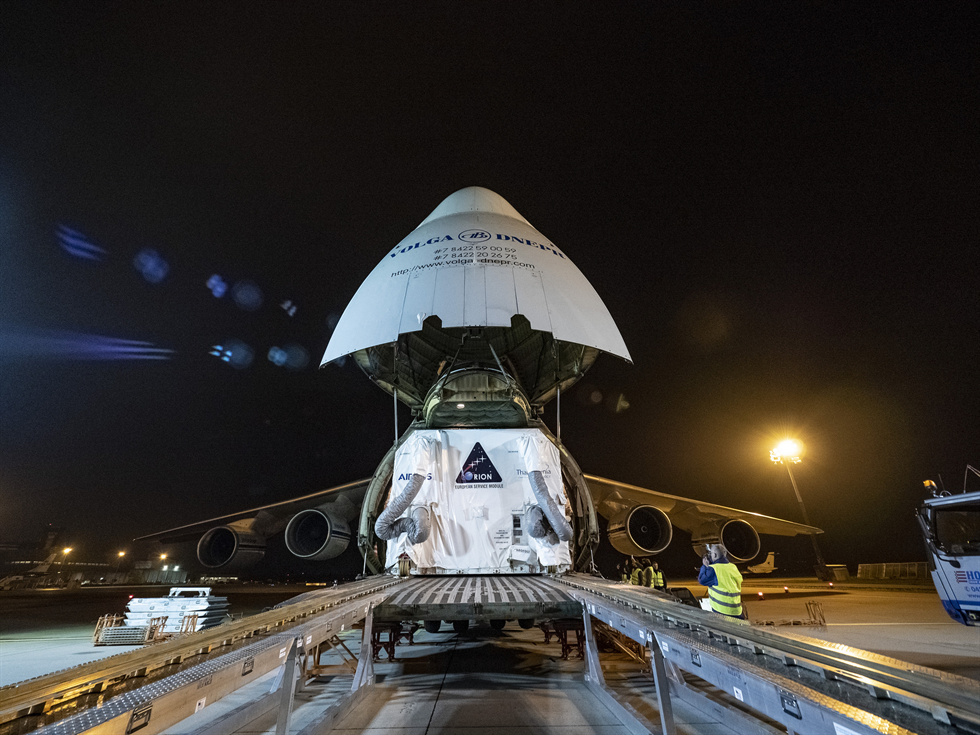 The European Service Module for NASA's Orion spacecraft is loaded on an Antonov airplane in Bremen, Germany, on Nov. 5 for transport to Kennedy. Image Credit: NASA/Rad Sinyak
Previous Article
Next Article